Jenny Erpenbeck: What happens when you're only seen as a refugee?

Jenny Erpenbeck spent a year meeting with refugees in Berlin. Her resulting novel is shortlisted for the German Book Prize. She explains why time is so crucial and what former East Germany has to do with refugees. 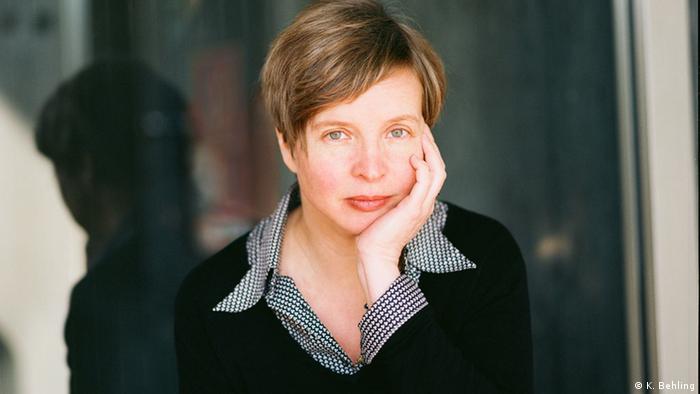 DW: Ms. Erpenbeck, in your novel "Gehen, ging, gegangen" (Going, went, gone), you touch on a very timely topic: Refugees in Germany. In the story, African refugees protest under the slogan "We become visible." In the meantime, the number of refugees in Germany has grown so large that they certainly cannot be overlooked. Are you glad about that?

Jenny Erpenbeck: No, that's not something to be glad about. The people aren't coming here for fun, but because they have no other option. It pains me to see how many people are coming, even with children, and how few belongings they were able to take with them. When I lie in bed at night, I wonder where they are sleeping - how many of them are sleeping outdoors. The nights are not getting warmer. It really worries me.

At the end of your book, you mention various individuals, organizations and helpers. How intensively were you able to speak with refugees and those helping them?

I spent a whole year talking with refugees. I occasionally accompanied them to government offices, but I didn't interview the government employees, since I was more interested in the perspectives of the people who were going there to request something or get a document.

The whole time, I saw a lot of the refugees' everyday life - for example, how they were moved from one accomodation to the next. At the beginning, it even happened officially. And I was there when the lists were sent with the names of those who were to leave the home and wouldn't get any support from Germany, of those who had to return to Italy. By the end, nearly all of them were on the list. But they didn't want to go back to Italy because they knew that they didn't have a chance of finding a job there and wouldn't get any support or accommodation and would basically be homeless. So they stayed here.

The church helped some; private individuals helped others. I talked with them, too. Those are people who tried to find at least a temporary solution in a completely selfless and non-hysterical way. That really impressed me.

How does one write a novel out of a real-life report on asylum laws, residence permits and job opportunities?

When I see people who are 20 years old and forced to spend years of their lives waiting, then I don't only see the daily suffering, but also ask what their biographies will look like in retrospect - for example, in 50 years from now. I asked myself what they took with them from home, and what reminds them of their home.

I am always interested in how people deal with transitions in life. Is what these people experience here a transition? Or is their mattress in the refugee home the end of the line? Of course I hope that even if the process lasts a very, very long time, it's still a transition.

I think that the existential questions, like the question of identity, are pressing. Who are you when you've lost everything that previously defined your life? Family, location, work, surroundings - your home. Who are you when you come here and are only seen as a refugee? People aren't born into this world as refugees, and "refugee" is not a profession.

Richard, the main character in your book, suddenly finds himself with time on his hands after retiring from his job at the university. He meets African asylum-seekers, who have been waiting for years to finally begin their new lives, and gets involved with them. Your novel is about time. What's so important about time?

We all ask ourselves how we will grow old, which phases we will go through, why we are at 40 someone completely different than we were at 20. I have always contemplated these transformations in life. How much of us is constant in our lives, and what is added? Time is such a strange thing: It's immaterial, you can't see it, and it has a lot to do with memory. Sometimes I think that in retrospect, things are still in motion. 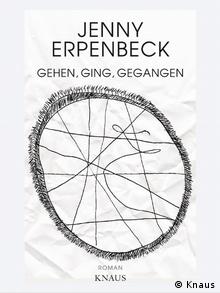 Erpenbeck's book has been nominated for the German Book Prize

Do you think the situation in Germany has changed over the past year and that a large portion of the Germany society has opened its arms?

That does seem to be the case. I've heard from refugees that Germany is really the only country where someone even thinks of asking how they're doing or of offering help. That gives a bit of hope that something good is growing out of the catastrophes in Germany's history. That has a lot to do with our - with Germany's - history. But unfortunately it's just a part of the population that thinks that way.

In addition to the story of war refugees, the history of East Germany pops up in your book as well. Why did you want to tell Germany's story in addition to that of the refugees?

I think that those from former East Germany are ahead of those in the West in that they've already been through a regime change and have seen how quickly a system can completely disappear - from a cultural, economic and social perspective. They've experienced first-hand how so many things can be dealt with differently in such a short period of time.

They also have experience with something else that's relevant in the context of refugees: Freedom to travel. That makes you think about how free someone really is and how welcome or not welcome the urge for freedom is.

Six novels have been shortlisted for Germany's most prestigious literary accolade, the German Book Prize. Fitting the zeitgeist, refugees and flight are common themes. (16.09.2015)

Guo Xiaolu: language, exile and her new book 'I am China'

Language is a matter of survival, says Chinese-British author Guo Xiaolu, ahead of the International Literature Festival in Berlin. She tells DW about writing in English, and why she thinks refugees are good for Europe. (09.09.2015)

Syrian poet Adonis has not vocally criticized the Assad regime. Now the decision to award him a German peace prize named after the pacifist writer Erich Maria Remarque is under fire. (03.09.2015)