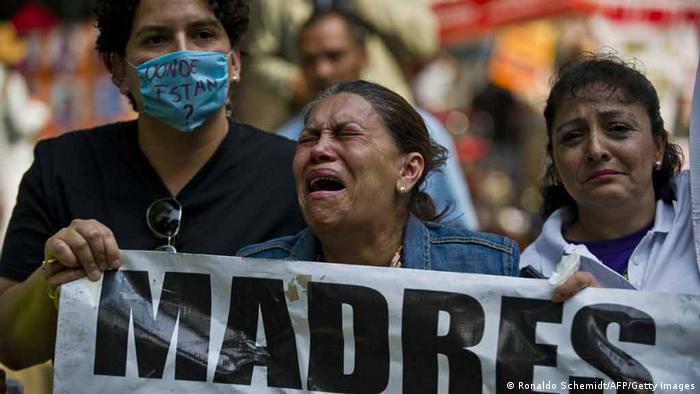 DW: Miss Clement, your newest book, "Prayers for the Stolen," is about the brutal kidnapping of young girls by the Mexican drug trafficking cartel. Large parts of the book are based on in-depth research you conducted over the last decade. How exactly did you get access to your interview partners, which include the women of major Mexican drug lords?

Jennifer Clement: The research took about ten, eleven years and had different stages. At first I didn't know I was going to write this book. I was just interested in Mexican drug culture, so I was interviewing women in hiding that were the women of drug traffickers. Then I sort of got immersed in what the world of drug trafficking was like, which contributed to the idea to write a book about it. But then it became way too dangerous to continue with that work because the violence escalated in Mexico, and so I had to stop doing that. 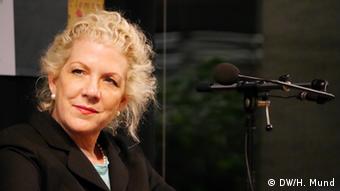 The second stage was when I was president of PEN Mexico [PEN is a worldwide association of writers] and many journalists were being killed. I had to go to many areas of rural Mexico and see how the local state governments were being infiltrated by the drug trafficking cartels. That also manifested itself in my book.

The third part of the research was more organic: hanging out in the rural areas of Guerrero, in the supermarkets, on the beach, and just talking to women in an informal, relaxed way to try and find out exactly what was happening.

The last stage of my research was in the women's jail in Mexico City where I participated at a workshop that an artist gave. Through the collages that the women were making in the workshop, I would ask them to tell me their story and what was in their collage and why they were in jail.

But the novel was really born when a mother told me about how little girls were digging holes into the grounds so that they could hide from being abducted. I couldn't even sleep that night. It was an image that just embraced me, trapped me, didn't let me sleep.

And that's what your book is about: stolen girls, girls that get kidnapped by the Mexican drug cartel. Did you ever talk to one of these girls?

You focused your novel on girls rather than boys. Are there big differences when it comes to the childhood and education of girls and boys in Mexico?

My novel takes place in a very rural part of the state of Guerrero in Mexico. So this is just a portrait of the kind of violence towards girls that occurs very much in this part of Mexico. I wouldn't say that it is happening all over Mexico but certainly in these very vulnerable areas it is happening. Some girls who have been trafficked only speak indigenous languages, they don't even speak Spanish. But they have been found trafficked to the United States, because there are rings of trafficking that go up to the United States. 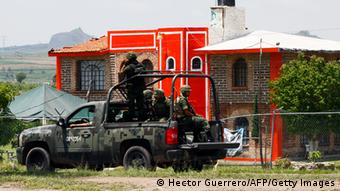 In your book it seems that Mexicans are very proud of their country. Even in this area where they live such a dangerous, hard life. Can you confirm that?

Jennifer Clement is an award-winning author. She was born in the United States and moved to Mexico City together with her family when she was still a baby. She later returned to the US for her studies. Clement has published several novels and poetry books. Her latest work is "Prayers for the Stolen" and was published by Hogarth (2014).

Violence on the decline in Mexico's war on drugs

A new policy in the war on drugs appears to be having the desired effect in Mexico. The murder rate is dropping, but despite a return to pre-2010 levels it's still too early to declare victory over the drug cartels. (07.09.2014)

Mexican authorities have confirmed that one of two burned bodies found in a car belonged to a federal lawmaker who had been abducted on a busy road. Police suspect the involvement of drug gangs. (24.09.2014)

Police have arrested Mexican drugs overlord Joaquin "Shorty" Guzman, considered the world’s most powerful narcotics kingpin. He had been on the run for the past 11 years, after an audacious prison escape. (22.02.2014)