Javed Akhtar on communal tensions: ′Indian Muslims also have to criticize themselves′ | Asia | An in-depth look at news from across the continent | DW | 18.06.2020

Javed Akhtar on communal tensions: 'Indian Muslims also have to criticize themselves'

Veteran screenwriter and lyricist Javed Akhtar has become the first Indian to win the Richard Dawkins Award for critical thinking. In a DW interview, Akhtar says he fears the space for free thinking is shrinking. 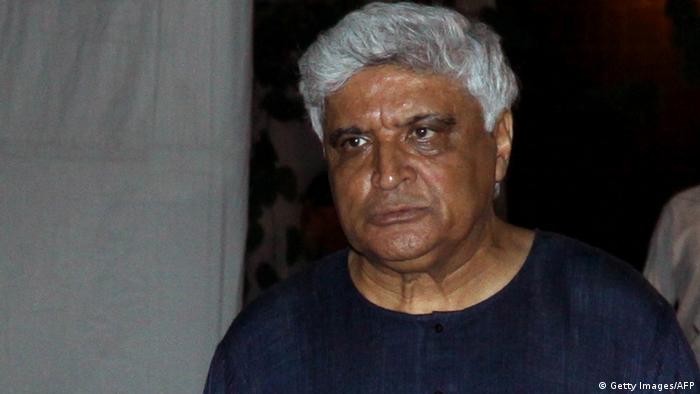 The award is named after British evolutionary biologist and author Richard Dawkins, known for his book The Selfish Gene.

Javed Akhtar, 75, has been vocal about his views on politics, religion and public life and has often spoken out against religious fundamentalism and restrictions on freedom of speech. He has also heavily criticized communalism within Islam while denouncing the anti-Muslim sentiment advocated by the Hindu right.

The award was given for Akhtar's contribution to the rationalist movement through poetry and prose, and for his active participation in the sociopolitical discourse. 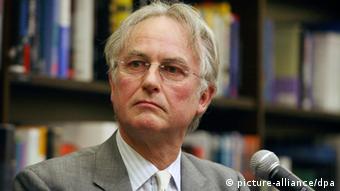 Richard Dawkins is best known for his book, The Selfish Gene

In an interview with DW, Akhtar discusses how the award has validated his method of rational thinking.

DW: How would the Richard Dawkins Award help promote rational thinking in India?

Javed Akhtar: The reaction is beyond my wildest imagination. Dawkins has a huge following in India, and the award has kindled curiosity about both his foundation and the writer himself. Now people know that the award was not given for a song, poem or script, but for critical thinking.

What kind of challenges do rational thinkers face in India today?

By and large this is a very conservative society. The idea of not believing in something can be dangerous. This country has a lot of closet atheists and rationalists, who fear criticism if they are to articulate their beliefs.

Many Indian intellectuals have been arrested and dubbed anti-state since Prime Minister Narendra Modi came to power. Do you think the space for free thinking is shrinking in the country?

I am afraid it is. It is obvious there are certain people who are in jail because they are perceived as a threat. Why have people like lawyer Sudha Bharadwaj [a civil rights activist] been in jail for such a long time?

If you criticize the prime minister, then your patriotism becomes suspect. But your loyalty to the government is not equal to the loyalty of the nation. They [Bharatiya Janata Party] have made those two things synonymous and that is wrong.

It is sad but not surprising that such things are happening.

Read more: Pregnant Indian activist trapped in one of Asia's most crowded prisons

In the past, the Indian film industry would often deal with progressive topics. Why aren't such movies coming out today?

There are movies coming out on over-the-top (OTT) platforms, where filmmakers don't have to answer to the censor board. But the Indian film industry is in a vulnerable situation. Someone can write an article or poem to express themselves, but filmmaking is very expensive, and there is not always a guarantee.

First, there is a pre-censor of the film. There have been occasions where a huge amount of money has been invested, but the film was blocked in certain states and could not pass the censor.

Muslims in India have come under pressure since Modi came to power. What are your views, especially in the context of the recent clashes in the country?

Maybe the conflict has increased and become more obvious now, but the pressure [on Muslims] was present even before this regime. You cannot just blame a particular group or political party for this. The responsibility for this situation is manifold, but some of the so-called leaders of the Muslim community have also actively contributed to this situation.

Before we criticize others, we, as a community, also have to criticize ourselves. There have always been certain biases and prejudices, but those have now become more pronounced.

Finally, do you think Indian secularism will survive the onslaught of communal politics?

I question Indian secularism. I am not talking about the common man who knows how to live with all kinds of people of different faiths, views and colors, but about the establishment — the political fraternity as a whole has a distorted concept of secularism. Some parties have tolerated fundamentalism and believe that that is secular. It is a strange definition and people who don't accept that proposition also have a valid case when they promote communalism in society.

The political parties have been tolerating fundamentalism, communalism, and all kinds of violence. They never really stood for secularism. It was only lip service.