Japan′s casino campaign marred by bribery scandal | Asia | An in-depth look at news from across the continent | DW | 31.12.2019 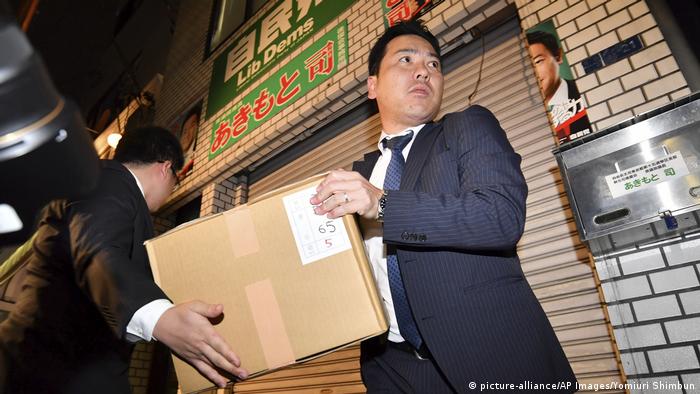 The arrest of an influential member of Japan's ruling Liberal Democratic Party (LDP) in connection with allegations that he accepted bribes from an online gambling company based in China has cast a new shadow over the government's plans to open casinos, with some commentators suggesting that the scandal may widen to implicate other politicians.

Tsukasa Akimoto, who served as minister overseeing the drawing up of regulations covering integrated resorts, which will include casinos as well as hotels and other entertainment facilities, was arrested on December 25. Citing investigative sources, local media have reported that he is suspected of accepting 3.7 million Yen (€30,385 million, $34,129 million) from 500.com Ltd., a Chinese gaming company.

Read more: Why are casinos controversial in Japan?

Akimoto, who has resigned from the LDP but has retained his seat in the Diet (Japanese parliament), has denied any wrongdoing. Three people with connections to the Chinese company have also been arrested and are being interrogated.

According to the reports, executives of 500.com asked Akimoto to use his influence as minister to increase the number of planned integrated resorts from the three announced by the government to five. The company was apparently interested in being involved in a project that was earmarked for Hokkaido, in the far north of Japan. 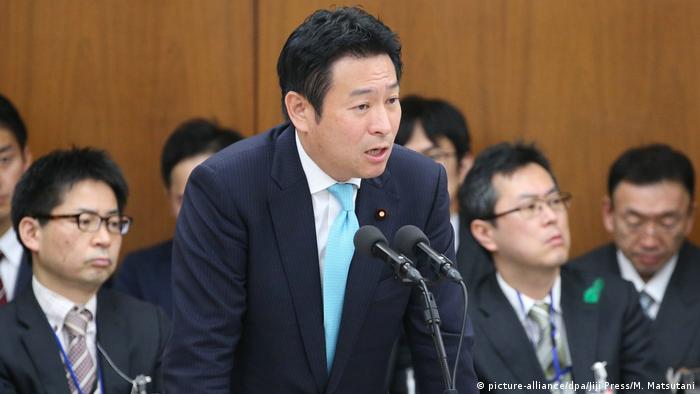 The scandal indicates that all the concerns that were raised before the government announced the development of casinos were valid, says Mieko Nakabayashi.

"Even then there were lots of concerns about the impact that casinos would have on host communities," Nakabayashi, who was a politician with the Democratic Party of Japan a decade ago, told DW. "Based on the experiences of other cities with casinos, there were worries about an increase in crime, a bad influence on children, a negative impact on people living nearby and on other businesses, and the problem of gambling addiction."

"And, of course, there were concerns about bribery, corruption and even the involvement of organized crime groups," she said.

Nowhere was that clearer than in the city of Yokohama, south of Tokyo, which was identified fairly soon after the government passed legislation to permit the operation of integrated resorts containing casinos.

Fumiko Hayashi was re-elected as mayor of the second-largest city in Japan in 2013 but made little mention of casinos whilst campaigning for the position, Nakabayashi points out. That changed immediately after she won the vote and quickly became a vocal advocate of Yokohama hosting an integrated resort.

"She has been criticized for not discussing the issue with the voters and it's a very important issue for the people of Yokohama because the opinion polls show that as much as 90% of residents of the city are opposed to a casino," she added.

Hayashi is also close to Chief Cabinet Secretary Yoshihide Suga, who is now the architect of the nation's casinos strategy and said shortly after the arrest of Akimoto that the government "will proceed steadily with preparations for introducing integrated resorts" so that the economic benefits can be felt by society as quickly as possible.

Nakabayashi suspects investigators are quizzing Akimoto to determine whether 500.com or other gambling companies attempted – or were successful – in bribing other, more senior politicians in an effort to obtain preferential treatment in the potentially lucrative casinos sector here.

"It may very well be that they are looking to catch some bigger fish," she said.

And while convictions in the Akimoto case would be something of an embarrassment to Prime Minister Shinzo Abe, industry insiders do not anticipate that it will put the brakes on the government's wider plans.

"Yes, the Akimoto situation has definitely borne out some of the fears that were expressed during the debate over casinos and the suggestion that a large amount of foreign capital could come into Japan," said Michael Penn, executive editor of industry publication Asia Gaming Brief Nippon.

The government can realistically take one of two courses of action, he suggested. The first would be to halt further developments on integrated resorts until the authorities get to the bottom of the Akimoto case, Penn said. Authorities must also determine whether anyone else was involved or if there have been other attempts to bribe decision-makers, and introduce regulations that will ensure that bribery is much harder to carry out and is more firmly punished, he added. The alternative is to "barrel through" with the plans as they are, regardless of the new worries that the Akimoto case have brought to light.

"Based on Suga's comments that the incident has had no impact on its plans, the initial indications are that the government intends to go full-speed ahead," he said.

Opposition in the Diet

Opposition parties are reportedly drawing up proposals to put to the Diet in the early weeks of 2020, Penn said, although the government's large majority in both houses will effectively enable it to sweep dissenting voices aside.

"I think the biggest problem and opposition that the government is going to face will come at the local level," Penn added.

"We only have to look at the situation in Yokohama to see the degree of opposition to casinos among ordinary people. I think local governments are going to have to work very hard to convince residents that casinos are going to be positive for their communities."

Vienna-based Casinos Austria makes "breakthrough" with a deal for integrated resort with a casino facility in Nagasaki prefecture, which hopes for a tax and tourism windfall.