TEPCO is removing hundreds of radioactive cylinders from the tsunami-damaged Fukushima reactor site. The units are still intact and could spark a largescale disaster in the event of another earthquake. 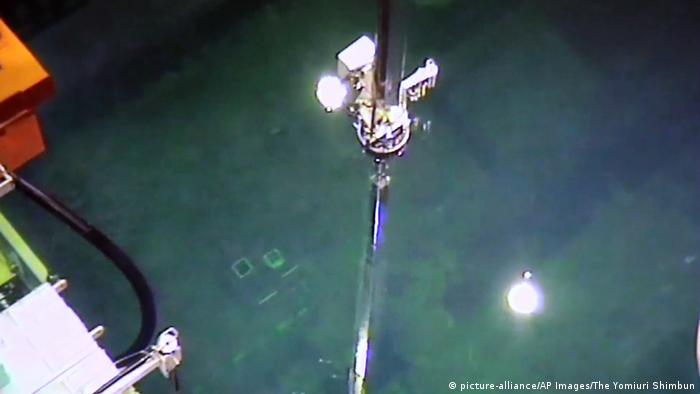 Tokyo Electric Power (TEPCO) said Monday it had removed the first of 566 fuel rod assemblies from one of the three reactors at their tsunami-wrecked nuclear plant in Fukushima.

The move is a an important step in the decommissioning process.

TEPCO says the removal of the nuclear fuel rods will take about two years, followed by the removal of some 1,000 fuel units in storage pools at the other two reactors.

The Fukushima plant suffered a nuclear meltdown after a 2011 earthquake and tsunami. A total of 16 people were injured due to the explosions of hydrogen tanks at the plant, and one cancer death has thus far been attributed to the disaster.

The fuel units are intact despite the disaster. However because the pools in which they sit are not enclosed, removing the units to safer ground is crucial to avoid a second catastrophe in case of another major earthquake.

Removing the fuel in the cooling pools was delayed for more than four years by mishaps, high radiation and radioactive debris from an explosion that occurred during the meltdown.

Workers are remotely operating a crane built underneath the roof cover from a control room located about 500 meters (0.31 miles) away. The cranes are designed to lift the fuel from the storage rack in the pool before placing it into a protective cask. The whole process is occurring underwater in order to prevent radiation leaks.

According to media reports, Japan's biggest nuclear operators are discussing a potential partnership to overcome a crisis in the sector caused by the Fukushima nuclear disaster seven years ago. (22.08.2018)