Eight years after a triple meltdown at the Fukushima nuclear power plant, part of nearby Okuma has been declared safe for residents to return. But there has been no rush to go home as radiation levels remain high. 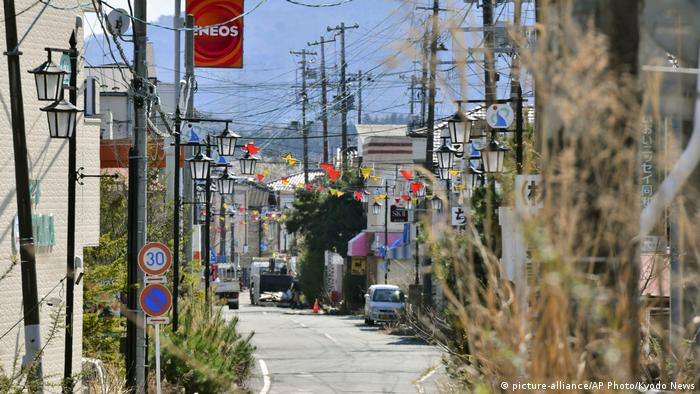 The evacuation order for parts of Okuma was lifted by the Japanese government on Wednesday.

But just 367 of the town's pre-2011 population of 10,341 have registered to go home, according to local media reports in Japan.

Okuma sits alongside the Fukushima Daiichi Nuclear Power Station and 40% of the town has been declared safe for a permanent return. But a survey last year found only 12.5% of former residents wanted to do so.

Prime Minister Shinzo Abe is to attend a ceremony in Okuma on Sunday to mark the occasion. But the government has been accused of promoting the return of residents to showcase safety ahead of the Tokyo Olympics next summer.

"This is a major milestone for the town," Mayor Toshitsuna Watanabe said in a written statement. "But this is not the goal, but a start toward the lifting of the evacuation order for the entire town." 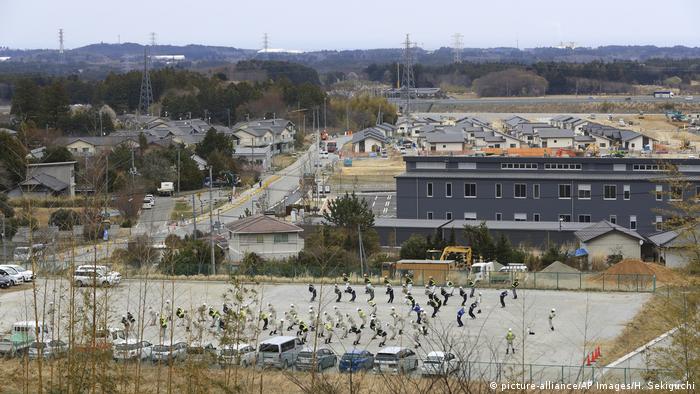 Construction workers in the area being rebuilt around the power plant

There are plans to open a new town hall in May to encourage more people to go back to their town which was devastated by the earthquake, tsunami and triple meltdown at the plant in March 2011. But the town center near the main train station remains closed due to high radiation levels which exceed the annual exposure limit. There will be no functioning hospital for another two years.

Much of Okuma still records high radiation levels and is off-limits. All of nearby Futaba remains closed, with the former 40,000 residents unable to return home. In a report from an investigation published last month, environmental campaign group Greenpeace said "radiation levels remain too high for the safe return of thousands of Japanese citizen evacuees." 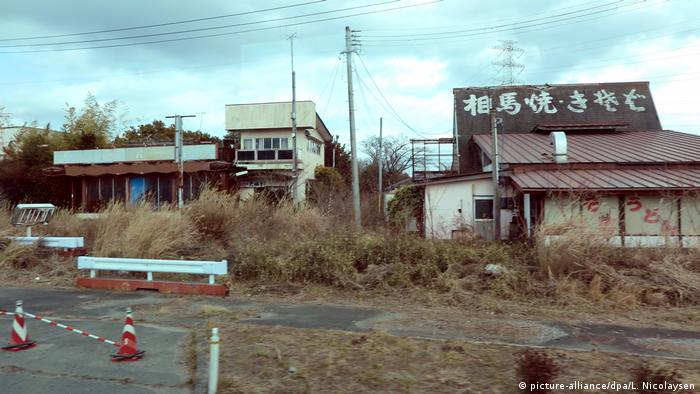 The government lifted the evacuation order for much of neighboring Tomioka two years ago. But only 10% of Tomioka's population has so far returned. Some 339 square kilometers (131 square miles) of the area around the plant are designated unsafe.

Fears of exposure to radiation remain high among former residents, especially those with children. In its report, Greenpeace accused the government of failure: "In the case of workers and children, who are in the frontline of hazards resulting from the Fukushima Daiichi nuclear disaster, the Japanese government continues to ignore international radioprotection recommendations."

Part of the Okuma is being used to store millions of cubic meters of toxic soil collected during the decontanimation operation. Authorities say it will be removed by 2045 but no alternative storage site has yet been found.

In all, 160,000 people were evacuated out of the area when three of Fukushima's six reactors went into meltdown, leading to radiation leaks.

Japan has agreed to pay compensation to the family of a man who died of cancer after measuring radiation levels at the Fukushima nuclear plant. UN rights experts said Toyko put "tens of thousands" of workers at risk. (06.09.2018)