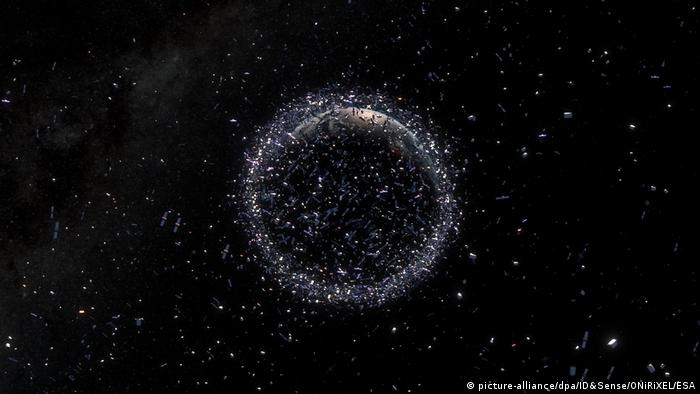 Fragments of man-made debris are currently orbiting the Earth at speeds of up to 8 kilometers (5 miles) per second, posing a serious hazard to satellites and even manned spacecraft, such as the International Space Station.

And, with more nations launching satellites and some looking to explore further into outer space, the amount of junk in circulation is only going to increase.

At least four Japanese companies see that as a business opportunity and are developing solutions that should make space travel safer in the future.

"I believe the space debris issue is one of the most pressing and important issues in the world today," said Nobu Okada, the founder and CEO of Japan's Astroscale, which was set up in 2013 and now has operations in the UK, the United States, Israel and Singapore.

New mission to clean up space

"Some might argue that we have enough problems here on Earth, like climate change and all the other environmental issues, but it is because of satellite services that we are able to understand the health of our planet," Okada told DW.

"Satellites are the reason why we are able to measure, monitor and manage climate change, and they enable us to predict the future of the Earth. Environmental protection on Earth cannot exist without orbital protection in space," he added.

On March 22, Astroscale launched its End-of-Life Services by Astroscale (ELSA-d) demonstration craft on a Soyuz rocket that took off from the Baikonur Cosmodrome in Kazakhstan.

It is the first commercial mission "to prove the core technologies necessary for space debris," Okada said.

How does the clean up work?

ELSA-d is made of two satellites that have been stacked atop each other, a 175-kilogram (385-pound) servicer satellite and a client satellite that weighs 17 kilograms.

The servicer vehicle is equipped with proximity rendezvous technologies and a magnetic docking mechanism and is designed to remove defunct satellites and other large pieces of debris from orbit.

The client satellite is a replica of typical space debris with a ferromagnetic plate that enables the docking to take place.

In a simulation of the servicer satellite in operation, it will repeatedly dock with and release the client vehicle, demonstrating the ability to locate an item of debris, to inspect that item and then recover it.

The servicer satellite is subsequently directed to descend with its cargo until it burns up in the atmosphere.

What are the challenges?

"There are three key challenges to solving the space debris issue: developing the technology, informing the international and domestic policies, and identifying a business case," Okada said.

"On the technological challenges, building a satellite, let alone one that can rendezvous, dock and then safely remove a defunct satellite from orbit is already a significant technical challenge in itself," he said.

"Building out the robotic arm for capture capability was extremely difficult," he added.

"Overall, the ELSA-d mission is very complex, and these kinds of captures have never been attempted before," Okada said, "but we hope these technical demonstrations will show commercial and government customers that we have the technical capabilities to provide this service." 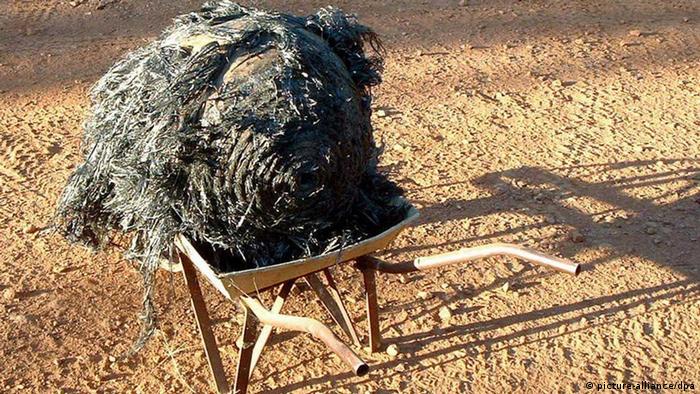 What are other solutions to space junk?

The engineers and scientists at ALE, another company, are taking a very different approach, spokesperson Mariko Yamasaki said.

ALE is working with the Japan Aerospace Exploration Agency to similarly rid the heavens of space junk.

"Our system makes use of Lorentz Force and an electrodynamic tether that is attached to a satellite before it is launched," Yamasaki said.

"Once a satellite reaches the end of its operational life, the tether is unwound into space and changes the orbit of the satellite by taking advantage of the Earth's magnetic field."

The end result, once again, is the vehicle's descending until it burns up harmlessly in the atmosphere, and ALE is hoping to carry out a demonstration of its system before the end of this year.

Shooting junk with a laser

Another solution has been put forward by the satellite communications company Sky Perfect JSAT Corp., which aims to use a laser to shoot down debris.

The Tokyo-based firm is confident that it will be able to launch its first commercial debris-destroying vehicle in 2026.

The company is working with scientists at Nagoya University and Kyushu University, with the completed satellite designed to target even relatively small pieces of debris with its laser.

A pulse of energy from the laser will disrupt the orbit of the target and send it spinning into the Earth’s atmosphere, where it will burn up, according to the company.

With the amount of debris circling the planet increasing every year, company officials believe that satellite operators will be happy to pay to ensure that the orbit selected for any new multimillion dollar vehicle has been cleared of anything that might cause it damage — although no price tag has been put on the technology yet.

"The problem of space debris is an environmental problem, similar to CO2 and marine plastics," the company said in a statement.

"Therefore, JSAT will continue to contribute to the maintenance of a sustainable space environment, aiming to solve the problem of space debris through this project," according to the company.