The cleanup is underway from a 7.3-magnitude earthquake off Japan's eastern coast. The tremor came nearly 10 years after a huge quake that sparked a tsunami and nuclear meltdown. The clean-up operation in Japan continued Sunday after a powerful 7.3-magnitude earthquake struck off the coast of eastern Japan during the night.

Around 150 were injured, according to officials.

Most injuries were reported in the quake-prone Fukushima and Miyagi prefectures, close to the epicenter. But tremors were felt as far as capital Tokyo.

"So far we have not received any reports of deaths," Prime Minister Yoshihide Suga said during an emergency cabinet meeting on Sunday morning.

Saturday's earthquake struck just weeks ahead of the 10-year anniversary of a quake that triggered a tsunami, killing 18,000 people, and a meltdown at the Fukushima Dai-ichi Nuclear Power Plant. 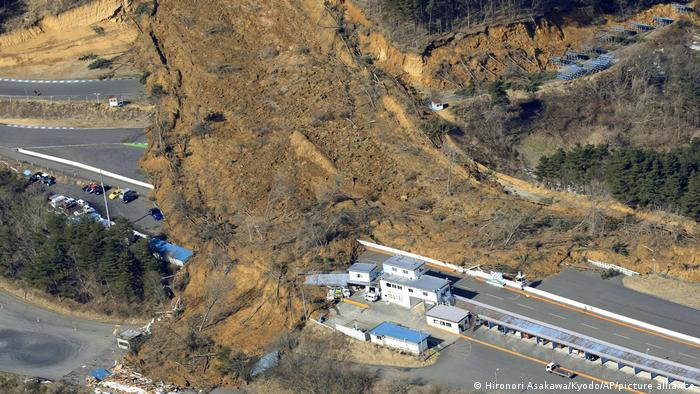 Power had been restored by early Sunday. Some 950,000 homes were without electricity initially after the quake.

Some bullet train services remain halted. East Japan Railway Co. said the bullet train on the northern coast will be suspended through Monday due to damage to its facility.

In the northern Fukushima city of Soma, a roof at a Buddhist temple collapsed.

Workers were clearing up a major coastal highway connecting Tokyo and northern cities where a major landslide occurred. Several other roads were also blocked by rocks. 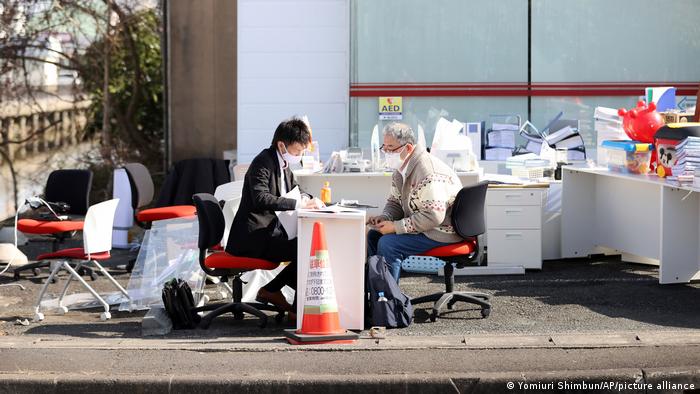 Business continued on Sunday despite the massive earthquake

Experts warned of possible aftershocks. Many residents spent the night at evacuation centers, where tents were set up as part of coronavirus protection measures.

The military was also mobilized to provide water in some areas.

Broadcaster NHK said the government plans to set up a special liaison office to coordinate with affected regions. 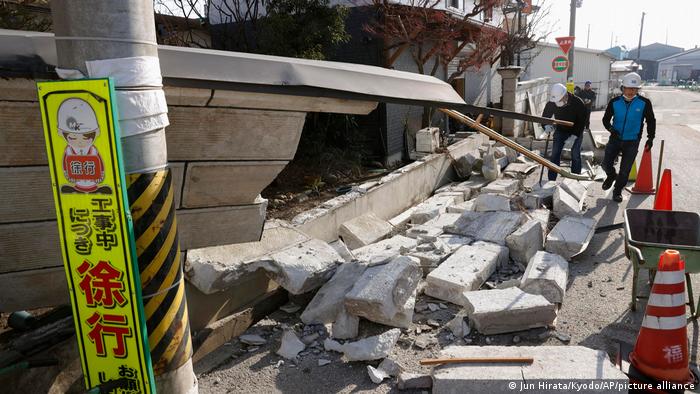 Were any nuclear power plants damaged?

There were no irregularities at the Fukushima nuclear power plants, or at the Kahiwazaki-Kariwa nuclear plant, owner Tokyo Electric Power Company Holdings said.

The utility also said there was no change in the radiation levels around its plants.

There were no irregularities at the Onagawa nuclear facilities, government spokesman Katsunobu Kato told a briefing carried on public broadcaster NHK. 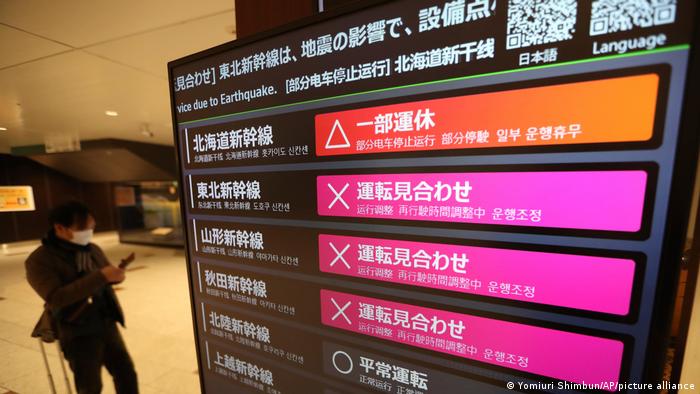 Japan sits on the Pacific "Ring of Fire," an arc of intense seismic activity that stretches through Southeast Asia and across the Pacific basin.

The country accounts for around 20% of the world's earthquakes of magnitude 6 or greater.