Japan's bento box — so much more than just a packed lunch

From its humble beginnings in the 12th century, the bento box has come a long way to being a healthy and filling midday meal that is both cheap to make and often a miniature work of art. 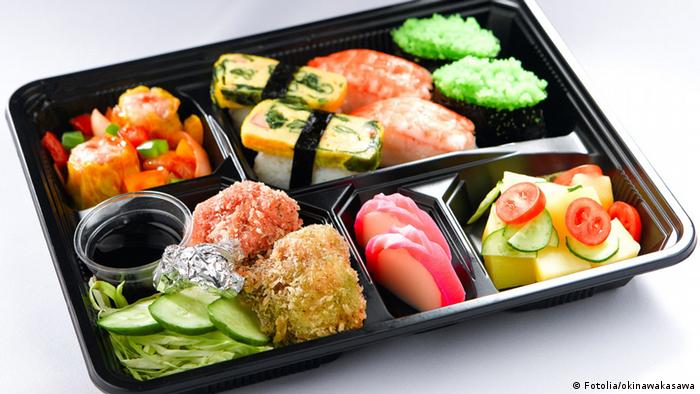 The packed lunch has been the staple midday meal for school pupils and workers around the world for hundreds of years, but the Japanese version — the bento — is far more than simply a light meal to get you through the day.

The Japanese were first preparing bento-boxed lunches in the 12th century, but in the intervening years they have elevated the meal to one that is both healthy and portable, as well as being easy on the wallet and often a work of culinary art.

Japan's fascination with taking a meal on a journey started in the Kamakura period, when cooked and dried rice balls were first wrapped in bamboo leaves and taken into the fields by workers.

Within a few hundred years, elaborately designed, lacquered boxes were made specifically for foods and were taken by the upper classes in society to "hanami" cherry-blossom-viewing parties or to tea ceremonies.

"Regardless of the country, there has been a history of people taking a packed lunch to work instead of coming home in the middle of the day, so this is not unique to Japan," said Marc Matsumoto, host of the NHK cooking show Bento Expo and joint author of Ultimate Bento book, which has 85 recipes for healthy and affordable bento meals. 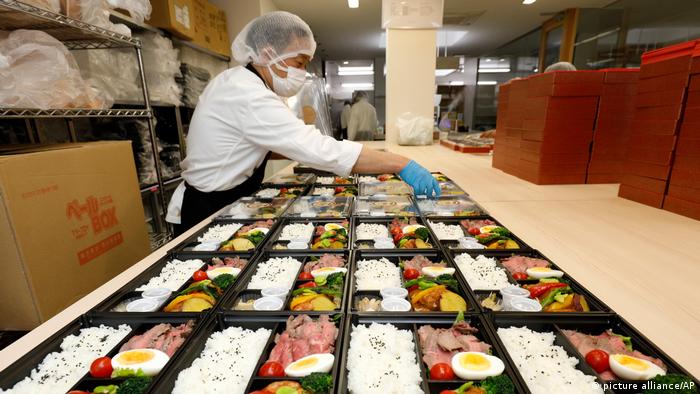 But Japan has certainly refined the concept over time.

"When the upper classes began having bento, it became part of the performance or cultural event in its own right, and then in the Edo period, people would be served bento boxes during the intermissions of 'kabuki' or 'noh' performances," he said.

Inevitably, the habit continued as the workforce moved largely out of the nation's fields and into office environments and as more and more children started compulsory education, Matsumoto told DW.

And the bento is more than a meal, he emphasized.

"I grew up in California but my mother is Japanese, and when I was younger my mother never told me that she loved me and never kissed me as I went off to school; that's just the Japanese culture," he said. "Instead, she showed her love to me and the rest of our family through making meals and taking her time to create great bento for us all."

"It took her a lot of time, but that was her way of showing her love and dedication," he said.

Bento was also an important part of the formative years of Maki Ogawa, who collaborates with Matsumoto on both the television cooking program and the bento book, while also authoring the blog cuteobento.

"I made my first bento when I was 15 and in my first year of high school because my mother was so busy," she said.

"And over the last 37 years, I have been making bento lunches for myself, my children and my husband."

"One of the appeals of bento is that there is no limit on the different recipes and the combinations of ingredients are endless," she said.

"Also, when my son turned 3 years old, he had to start kindergarten but he did not want to go," Ogawa said. "So, I thought that if he had a cute lunch to look forward to every lunchtime, then he would be happy to go to kindergarten."

Ogawa said her recipes often include chicken or fish, such as salmon, as both go well with rice and are easy to cook and do not have a strong odor.

Attractive to the eye

Matsumoto said there are a number of clear positives to having a bento meal at lunchtime.

"First of all, it is a limited portion and generally quite small so it is very difficult to overeat," he said. "You can still have a good 600 or 700 calories, but a bento box is small so you do not eat more than you need."

Instead of putting priority on the size of the meal, the focus of a bento is to make it attractive to the eye as soon as the lid is lifted and to give the meal color.

And as fruits and vegetables tend to be the colorful contrast to the rice or meat or fish, that color is also healthy.

"The second positive is that school or work can be quite stressful environments for some people, so to have a beautifully presented bento box that has obviously been prepared with care by a mother or significant other will inevitably have a positive mental impact," he said.

The final consideration is financial, Matsumoto pointed out.

"A bento is going to be significantly cheaper than eating out, so it makes a great way to save money," he said. "It's easy to make a bento from great ingredients for less than 300 yen (€2.30, $2.7), and where can you get a meal in a restaurant for that much?"

Detailed and incredibly realistic replicas of meals have been on show outside Japanese restaurants for more than 100 years. An establishment's success can depend on how well its dishes look in the window.

From sushi to wine — wasabi goes with everything in Japan

Long considered a condiment purely to spice up raw fish dishes, wasabi is a far more versatile ingredient that can be incorporated — in moderation — into everything from ice cream to beer.