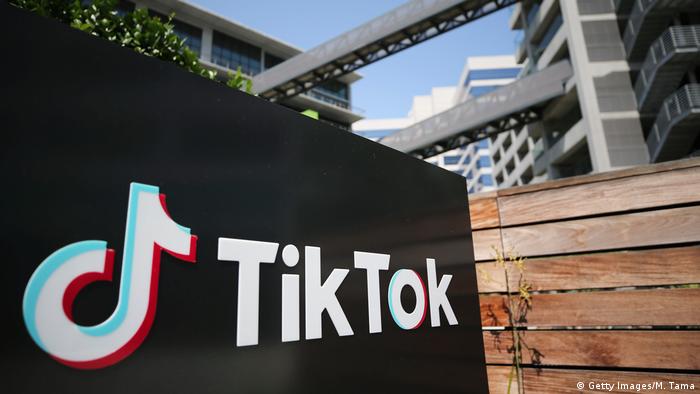 Italian authorities have opened an investigation into the accidental death of a 10-year-old girl in Sicily who allegedly took part in a so-called "blackout" challenge while using  the video-sharing network TikTok.

Following a ruling that the girl died of asphyxiation, Italy's data protection authority said it was imposing an immediate temporary block on TikTok's access to data for any user whose age could not be verified.

The social media platform, popular particularly among teenagers worldwide, is owned by Chinese company ByteDance.  According to TikTok's terms and conditions, users must be at least 13 years old.

The block will remain in place until February 15 as Sicilian prosecutors continue to investigate the case.

"While waiting to receive a response, the authority decided to take action to ensure the immediate protection of minors in Italy registered on the network," the authority said in a statement.

The child died in a Palermo hospital after being found on Wednesday by her 5-year-old sister at home in the bathroom with her cellphone, which was seized by police.

Her parents said she had been participating in the so-called "blackout" challenge on TikTok, placing a belt around her neck and holding her breath while recording herself on her cellphone.

"TikTok was her world. And YouTube. That's how she spent her time," the girl's father Angelo Sicomero was quoted as saying in Saturday's Corriere della Sera newspaper.

The "blackout challenge" — also referred to as  "scarfing" or "the choking game," and in which restricted oxygen to the brain results in a high — has circulated on various social media platforms worldwide.

In December, Italy's data protection watchdog advised TikTok of a series of violations, including a lack of transparency in information given to users and automatic settings that allegedly did not respect privacy.

The authority also said TikTok paid a "lack of attention to the protection of minors" and condemned the ease with which young children could sign up to the app.

"The safety of the TikTok community is our absolute priority, for this motive we do not allow any content that encourages, promotes or glorifies behavior that could be dangerous," a TikTok spokesman said.

On Saturday, an 18-year-old man was hit and killed by a train in Pakistan while being filmed walking along the tracks for a social media stunt.

Friends of the teenager told rescue workers he was posing for the video to post it on TikTok and his other social media accounts,  rescue officials said.

Three TikTok creators in the US cited free speech as an argument against the Trump administration's plans to ban the video-sharing app. Previously, the Chinese-owned firm scored a temporary injunction against the move.