Rome had blocked a rescue ship from entering Italian territorial waters. But the coast guard then agreed to help families onboard and take them to Lampedusa. 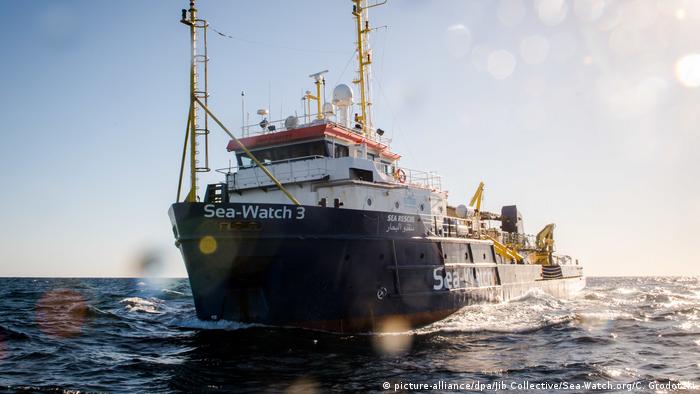 Italy on Friday allowed families with children to disembark from a rescue ship operating in the Mediterranean Sea by German charity Sea-Watch.

"Italian authorities have informed us of their availability to disembark families onboard: children, mothers, fathers," Sea-Watch wrote in a tweet.

Eighteen migrants rescued off the coast of Libya were transferred to an Italian coast guard unit and then taken to the island of Lampedusa.

But Sea-Watch said others onboard remained at risk. "A pregnant woman is still onboard, and it is unacceptable that Italy recognizes basic human rights only for families — all onboard are human and have human rights," said Sea-Watch spokesman Ruben Neugebauer.

The charity noted that 47 people remained on the rescue ship.

Since 2015, nearly half a million irregular migrants have made the dangerous journey across the central Mediterranean and made landfall in Italy, according to the International Organization for Migration (IOM).

With the support of the EU, Rome has trained the Libyan coast guard to intercept boats carrying migrants in a bid to prevent them from reaching European shores.