Tourism is booming again on Lampedusa

In 2013, after a refugee ship sank off the coast of Lampedusa, killing hundreds of people, the Italian island became synonymous worldwide with the global refugee crisis. Now after a slump, tourists have begun returning. 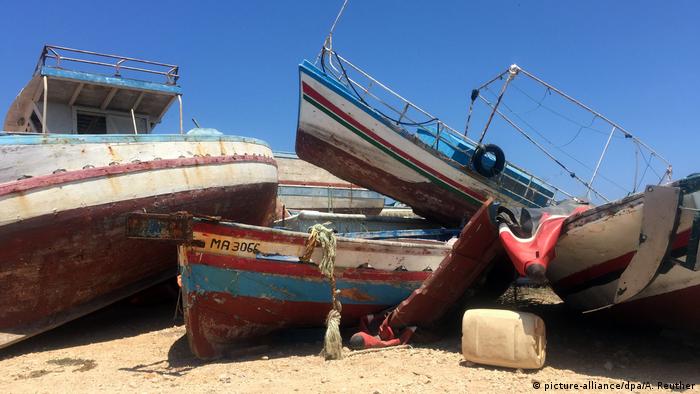 Every now and then a scooter rattles past the ship graveyard of Lampedusa. Tanned holidaymakers with beach bags zoom towards the beach, their eyes fixed on the road; the shipwrecks serve as a backdrop. Some of them have been rotting here for years and are testimony to the refugee crisis that has so strongly shaped the fate of this Mediterranean island in recent years.

Life jackets, toothbrushes, coffee bags, water bottles, milk cartons with Arabic inscriptions: All this still lies in the boats with which tens of thousands of migrants arrived here. In the blazing summer sun, they serve as a reminder of how society looks away.

After years of slump, holidaymakers are coming back, because there are hardly any migrants left. 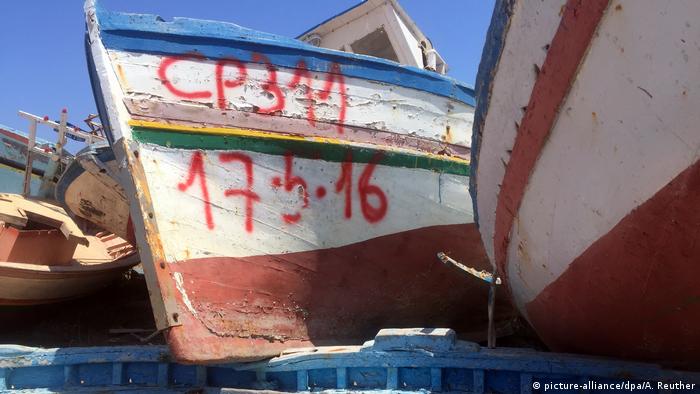 Ship graveyard: Seized refugee boats have been taken to the remotest corner of the island

Lampedusa is an about eight kilometers long, sun-burned area of Europe in the Mediterranean Sea, only about 80 nautical miles from Tunisia. Because of this location, the Sicilian island with its approximately 5,000 inhabitants became the main destination for migrants coming from Africa following the Arab Spring in 2011.

In October 2013, more than 360 people died in a refugee boat accident and Lampedusa, drawing the world's attention on the island. The Pope went there and threw a wreath of flowers into the turquoise blue waters; politicians from all over Europe lamented the failure of the other politicians in the migration crisis. The island was even considered a candidate for the Nobel Peace Prize, and the former mayor Giusi Nicolini was received by Barack Obama in the White House. 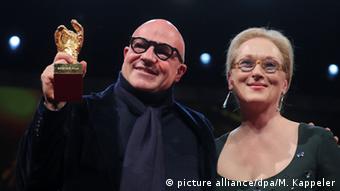 Following the plummeting number of guests at the height of the refugee crisis, holiday business is picking up again. "2017 was a record year," says Mayor Salvatore Martello. A couple from northern Italy explained that they had been assured that "they" —  meaning the migrants —  were nowhere to be seen anymore. As in the whole of Italy, arrivals have fallen dramatically due to the tightening of the Italian government's policies.

Instead of refugee boats, mainly tourist ships are now cruising on the crystal clear waters, searching in the bays for sea turtles, which are practically Lampedusa's heraldic animal. 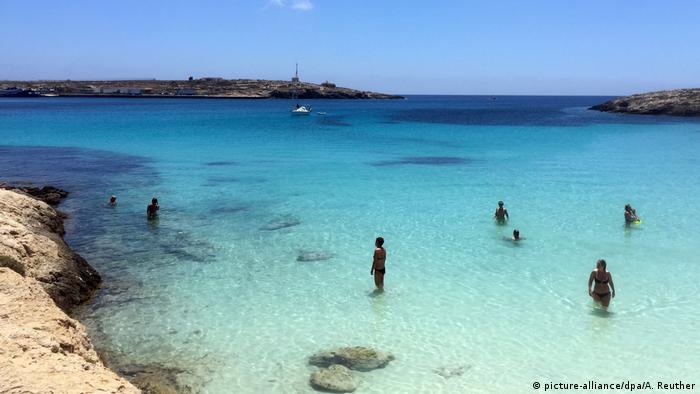 Tourists on the beach at Guitgia

On the beaches you can hardly see the white sand because of the sheer number of parasols and sunbeds. An inflatable giant banana is floating in the water. A jet ski pulls cheering people across the sea. In the background the boats of the Italian coastguard are rocking gently in the midday sun. They have little to do. The local residents are happy that they are no longer the focus of media interest, says Mayor Martello. But even he is aware that the situation could turn at any time and that the migrants could again land on Lampedusa.

Although tourism has long suffered losses as a result of the migration crisis, the island has also benefited to a certain extent. There are visitors even in winter: people from NGOs, interpreters, military, police and government officials. Politically interested holiday-makers also come to explore this symbolic place. 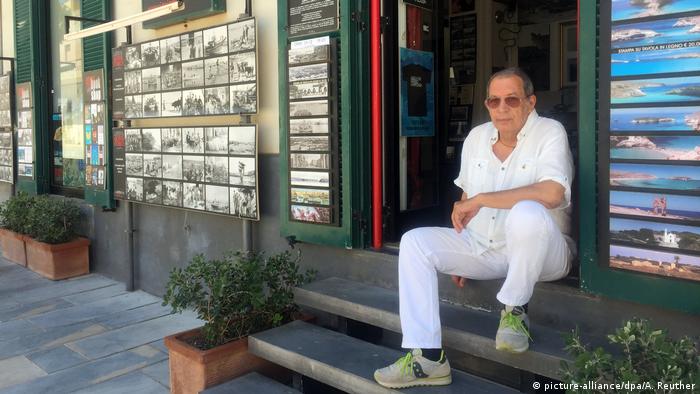 Antonio Taranto outside his historical archive on the island

But monuments or memorials are hard to find and are rarely listed on tourist maps. "There should be a museum dedicated to migration on Lampedusa," says Antonino Taranto, who runs a small historical archive on the island. But the local community does not want to accept this heritage. Here one is only interested in "car rentals and new bars," says Taranto.

Nowhere is there any indication of where the "Garden of Remembrance" can be found. In the garden a tree was planted for each of the 366 victims following the shipwreck on October 3, 2013.  "One wonders how it is possible to forget a place of remembrance," Taranto mocks. That's what the ship's graveyard is for. Taranto simply calls it the "the burial ground of remembrance."