Lorenzo Fioramonti has been threatening to quit since just after the coalition government formed. He had called for billions to be spent to improve schools and universities, but that money was not forthcoming. 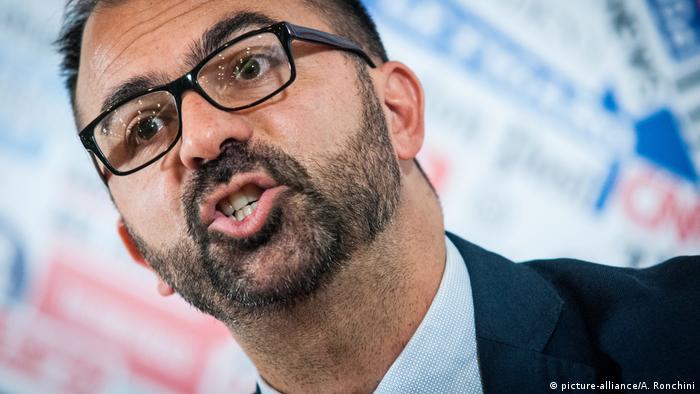 Italian Education Minister Lorenzo Fioramonti resigned on Wednesday after writing a letter to Prime Minister Giuseppe Conte, citing a lack of government funding as the key to his decision.

Italian newspaper la Repubblica reported the news late on Wednesday, after days of speculation. In fact, he tendered his resignation on December 23, insisting his decision to quit was "irrevocable."

Fioramonti's departure comes after failing to obtain the extra €3 billion ($3.3 billion) he insisted was needed to improve the country's schools and universities.

In September, shortly after the coalition government of the Five Star Movement (M5S) and the center-left Democratic Party was sworn in, Fioramonti threatened to walk away. He said he would quit unless education spending was raised by €3 billion ($3.3 billion) in next year's budget.

The resignation is a blow to the already vulnerable government, whose ruling parties are in the midst of a number of disputes over various issues, such as the eurozone and immigration.

It also highlights the problems of the anti-establishment M5S, Fioramonti's party, which is trying to reorganize, particularly in light of widespread internal dissatisfaction with its leader Luigi Di Maio.

The Five Star Movement is about to get its second chance to govern, this time in a coalition with the Democratic Party. The loosely defined populists have struggled to carve out a profile for themselves. (29.08.2019)

Sea-Watch 3 has vowed to return to sea and rescue migrants after a five-month detainment in a Sicilian port by Italian authorities. Two other rescue boats, Alex and the Mare Jonio, are still being held. (19.12.2019)

Political turmoil for Italy comes at the worst possible time 13.01.2021