Italy has a new coalition government in place, backed by the anti-establishment 5-Star Movement and the center-left Democrats. Due to the far-right League's fall from power, Italy now has a more pro-European outlook. 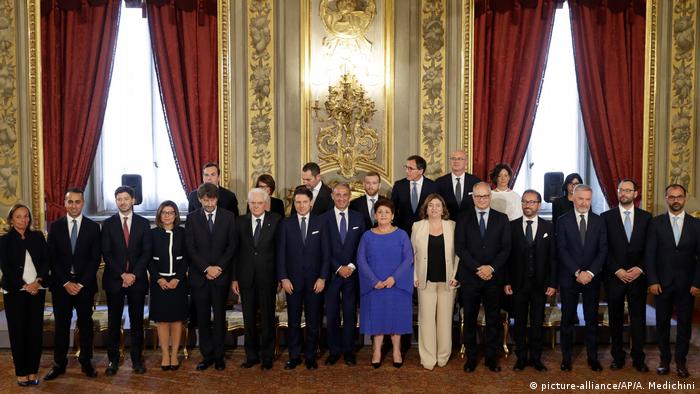 "I swear to be loyal to the republic and to respect its constitution and laws and to carry out my duties in the sole interest of the nation," Prime Minister Giuseppe Conte said. The same words were spoken by the government's 21 ministers.

The ruling coalition, known as "yellow-red" due to the colors normally associated with the M5S and PD, also comprises the smaller leftist Free and Equals (LeU) party. The government will face parliamentary votes of confidence next week. 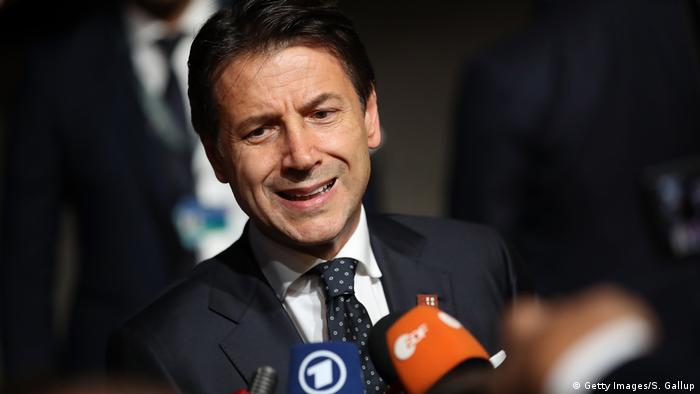 The average age of the ministers is 37, a record low. In the cabinet, there are seven women, 10 members of the M5S, nine of the PD, one LeU representative, plus one technocrat.

One of the first decisions the new government is expected to take is the appointment of former Prime Minister Paolo Gentiloni as Italy's representative in the new European Commission.

The new government marks a fresh start for the eurozone's third-largest economy as the far-right falls from power.

Salvini's League and another far-right party, the Brothers of Italy (FdI) are planning street protests against the new executive. FdI is holding the first on Monday, outside the lower house of parliament.

Italy has frequent government crises. The new executive is the 66th in 73 years of republican history, with its predecessors lasting on average about 13 months.

Italy: 100 days of a populist experiment

Populists and far-right radicals have ruled the Eurozone's third-largest country since June. The promised revolution is yet to fully materialize — except when it comes to migration. Bernd Riegert gives his assessment. (08.09.2018)

The Five Star Movement has let a small group of party members vote online whether they back a proposed coalition deal with the center-left Democratic Party. They agreed by an overwhelming margin to support the plan. (03.09.2019)