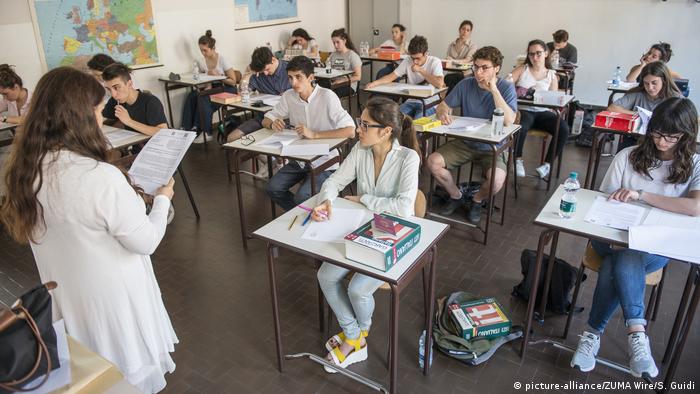 All children in Italy will have to study climate change at school starting from next year, becoming the first country in the world where this will be compulsory.

The decision will apply to all state-run schools in the southern European nation and will come into force from the start of the 2020 school year in September.

The lessons, which will also teach sustainable development, will be given to pupils from first grade through high school, from the ages of six to 19 years.

According to a report in UK newspaper The Telegraph the syllabus will be based on theUnited Nations' 17 sustainable development goals, including how to live more sustainably, how to combat the pollution of the oceans and how to address poverty and social injustice.

Traditional subjects such as geography, mathematics and physics, would also be studied from a green perspective.

Fioramonti has been a vocal supporter of green policies in government.

He drew criticism in September this year for encouraging students to miss class and attend the Fridays for Future climate protests.

His proposals for a plastic tax and sugary drink tax were also criticized, but they were presented to parliament for approval as part of the Italian government's 2020 budget this week.

By the end of Monday, humanity's allotment of natural resources for 2019 will be all used up, according to a report. Over the past 20 years, Earth Overshoot Day has moved up three months to July 29. (29.07.2019)