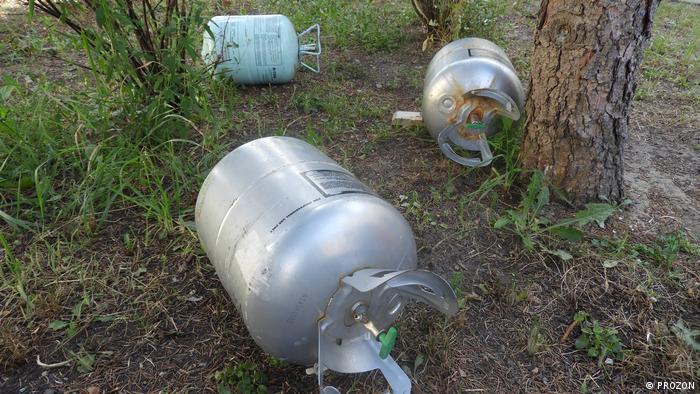 Illegal importers in the European Union are raking in the money, says Alessandro Borri — and he's not talking about drugs. The sales director at Italian refrigerant supplier General Gas is referring to the importers of illegal hydrofluorocarbons (HFCs), gases that are used in nearly every car air conditioner, heat pump and refrigerator.

"The cost of a cylinder imported from China, including transport, is about $70 [€63]," says Borri.

"They are imported in shipping containers; one container can hold up to 900 cylinders, and then they are distributed via Facebook or eBay. But also by people with a van, they just go from workshop to workshop and sell them one by one."

On eBay or other local online retailers, an illegally imported cylinder costs between €180 and €250. With those prices, the legal market for HFCs just can't keep up. 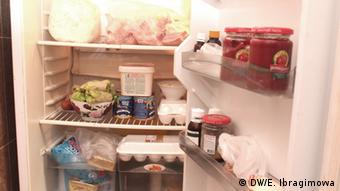 Hydrofluorocarbons (HFCs) are used in most modern refrigerators and air conditioners.

And while EU lawmakers are increasingly concerned about the bloc's carbon emissions and their contribution to climate change, this flourishing black market of illegal HFC imports, and the HFCs still allowed under current EU regulations, are also contributing to the exacerbation of the climate crisis.

HFCs, manmade gases that can drift around the atmosphere for decades, have a huge impact on global warming. The most common HFCs are between 675 and 3,922 times more harmful to the climate than carbon dioxide, according to report released earlier this year by the London-based NGO Environmental Investigation Agency (EIA). Other fluorinated gases, some of which are used as propellants in spray foam or insulating material, can be up to 24,000 times more damaging than CO2.

The EU set out in 2015 to regulate fluorinated greenhouse gases (F-gases) and gradually take them off the market. By 2030, it plans to reduce the use of HFCs by up to 80% — but there's still a long way to go to meet that mark.

According to the EIA, HFC gases equivalent to around 117 million tons of CO2 moved through the European market last year. But the EU quota for 2018 only allowed a maximum of 101 million tons.

Doing the math, it becomes clear that HFCs equivalent to around 16 million tons of CO2 illegally flooded the European market in 2018 — emissions comparable to the fumes billowing out of four coal-fired power plants or 4 million cars. Discrepancies in import and export data pinpoint China, the world's largest producer of F-gases, as the country of origin, according to the EIA report.

"What we found was a huge discrepancy between what we were seeing coming into the EU compared to what EU companies were reporting," said Sophie Geoghegan, a climate campaigner with the London-based EIA. "And there is also a discrepancy between Chinese exports to the EU and EU imports from China."

China is the world's largest producer of HFCs, and the EU is its largest export market. Among its major European customers is the auto industry.

In 2018, around 8 million cars were produced in Germany, Spain, Italy, France and the United Kingdom alone. And while the latest models now in dealerships use less damaging refrigerants, air-conditioning systems in vehicles currently on the road generally make use of highly polluting HFCs.

Importers often smuggle HFCs into Europe using disposable cylinders hidden in cars or trucks, crossing via land borders from Russia and Ukraine and into Poland, or through Turkey and on into Bulgaria, Greece, Croatia and Italy. From there, it's distributed to factories and workshops throughout the EU, according to the EIA. These workshops can include, for example, individual traders or service stations that specialize in repairing refrigerators or refilling air-conditioning refrigerant in vehicles.

Earlier this year, two such shipments from China were intercepted in Hamburg, the city-state's authority for environment and energy told DW.

The smugglers have found a market over the last year, ever since the introduction of a quota on HFCs in the EU in mid-2018 led to a scarcity. A huge demand remained, and as a result, the official market price for refrigerants ballooned by an estimated 800%.

The quota was the EU's attempt to force the market to replace HFCs with "climate-friendly alternatives," a European Commission spokesman told DW. But it had an unintended result: importers could suddenly earn lots of money with cheap, illegal product.

"When the gas cylinders suddenly cost €700, we bought cheaper cylinders on eBay," says the head of a small shop that specializes in cooling systems in western Germany, who did not want to be named. In such a small operation, with only a few employees, the price of refrigerant is critical, he says.

"Our profits naturally depend on the price of the refrigerants." To this day, the company regularly receives emails from Germany and abroad with HFC sales pitches. 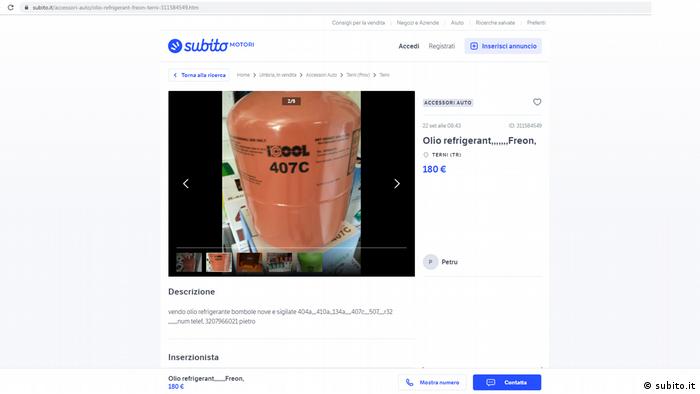 But these small cylinders only account for a portion of the smuggled HFCs. ISO tanks, large standardized shipping containers, bring much of the illegal imports to Europe. Legal importers are abusing the system and exceeding their quota allowance, taking advantage of inefficient, outdated customs controls which can't keep track of incoming HFCs.

'Serious gaps in the system'

Krzysztof Grzegorczyk of Prozon, a Polish foundation for climate protection, blames the illegal imports on "serious gaps in the system."

"Today, if you have, for example, a quota of one container [in the EU — Editor's note], in fact you can bring 10 containers. Ten times one container," he says, pointing out that incomplete record-keeping can allow importers to bring in more HFCs than permitted by EU law.

"Customs authorities have to wait until the end of the year, when all companies self-report how much they imported, and then they can check against customs data," says Geoghegan of the EIA. "But this is obviously not working." 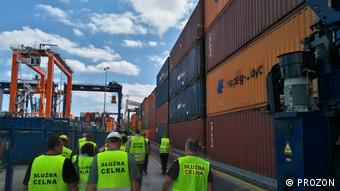 In Poland, a hot spot for illegal imports, Prozon has led such training programs in cooperation with the government and the customs authorities, and has already seen some initial success. Just last month, Polish customs authorities uncovered some 1,200 cylinders filled with refrigerants in an illegal shipment, a total of 13 tons of HFC gases. A few months ago, officials intercepted a delivery of 26 tons.

In Germany, those caught selling F-gases in disposable cylinders can face a prison sentence of up to two years, or a fine of up to €50,000 (about $55,000). But other EU member states have yet to implement the EU's F-gas regulation, or have done so only in a limited capacity, and fines for offenses have either been too low or non-existent.

Earlier this year, the EU issued both Italy and Romania a formal notice; neither country has reported any progress on the implementation of the regulation. 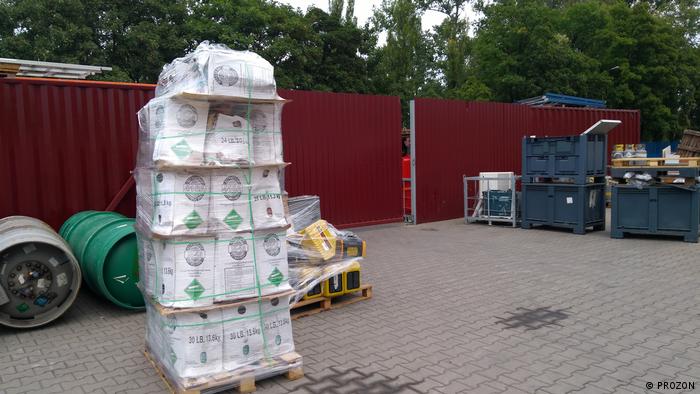 Legal producers of HFC gases are looking to shut down the smugglers as quickly as possible. One HFC multinational, that did not want to be identified, told DW that they had already shared information on illegal imports with OLAF, the European Anti-Fraud Office. OLAF, which investigates customs and tax offenses as well as corruption and fraud within the EU authorities, wouldn't comment on any ongoing investigations.

The European Commission told the EU it was "concerned" about the failure to implement the F-gas regulation, and said it was "doing it's utmost to tackle illegal trade."

From 2020 onward, the EU wants to introduce a Europewide electronic system "that will allow an automatic check to see if an economic operator is registered, and to flag to climate authorities those operators that may not have sufficient quota."

The German Environment Agency expects that, without more regulation, F-gases will account for about 8% of global climate-related emissions by 2050. And yet, Geoghegan believes the EU continues to be a pioneer when it comes to regulation.

"There is no other country I know of that is this far regarding this topic, in terms of quota or bans," she said. Implementation, however, remains a challenge — and all the while, the black market for refrigerants continues to grow.