Beijing had pledged to scale back its coal industry, but a new report says the Chinese government has quietly restarted construction of coal-fired power plants. The report also found an increase in coal consumption. 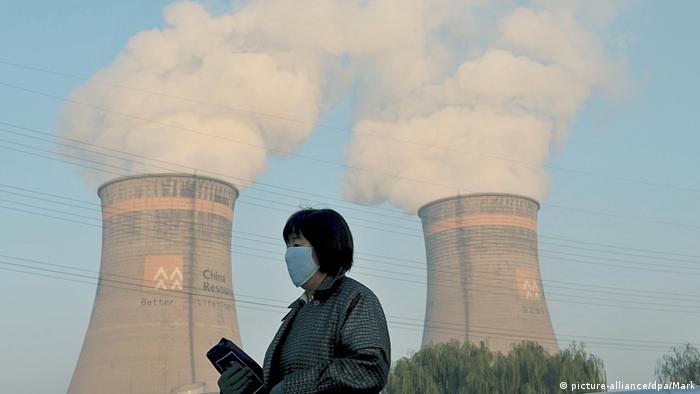 A joint report by environmental groups Global Energy Monitor, Greenpeace and the Sierra Club has warned China's increased coal use and a proposal to boost capacity could endanger global climate change goals.

Beijing imposed measures in 2012 and 2013 to slow the coal industry's growth. Chief among them were the tightening of credit, caps on production and the indefinite suspension of dozens of coal plants under construction.

"Another coal power construction spree would be near impossible to reconcile with emission reductions needed to avoid the worst impacts of global warming," said Lauri Myllyvirta, analyst with Greenpeace's Global Air Pollution Unit.

Additionally, the Chinese government has also continued to finance the construction of more than a quarter of the new coal-fired plants abroad.

Read more: Climate change action in China is 'about science and not politics'

Under the 2015 Paris agreement, nations had pledged to cap the rise in global temperatures to "well below" 2 degrees Celsius (2.7 degrees Fahrenheit).

Coal is the most carbon-intensive of fossil fuels, and scientists have warned that the use of primary energy from coal would need to be virtually phased out by mid-century to avoid the worst consequences of climate change.

The number of newly completed coal projects worldwide fell 20 percent in 2018, and plant retirements continued at a record pace, the study said. But global demand for coal increased in 2018 by 0.7 percent, the International Energy Agency reported earlier this week.

Almost all of that growth came from Asia and especially China, where coal power generation of electricity rose by more than 5 percent.

Plans to rapidly cut coal use in China have been halted after households were left without heat. But air quality appears to have improved, despite the setback. (15.12.2017)