Is Germany too stingy to fund the fight against climate change? | Germany | News and in-depth reporting from Berlin and beyond | DW | 20.09.2019

The German government is proposing a climate protection package that will cost billions of euros. The country is wealthy, but there are already concerns over how to fund the measures. 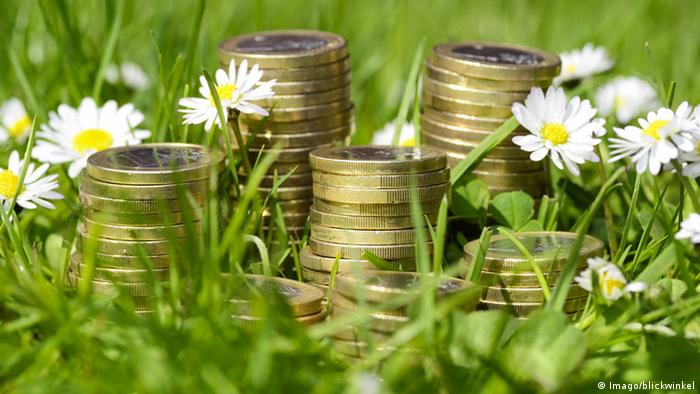 Leaders of the ruling coalition held 18 hours of talks overnight, with news agency Agence France-Presse (AFP) reporting that a breakthrough had been achieved.

Among other things, the package that has been agreed upon contains a mechanism for monitoring progress on reaching emissions goals, AFP said, citing coalition sources.

Chancellor Angela Merkel, of the conservative Christian Democrats (CDU), and Vice Chancellor Olaf Scholz, of the center-left Social Democrats (SPD), appear united when they say change has to happen — and it has to be big.

In the Bundestag, Germany's lower house of parliament, Merkel made her position clear. "Doing nothing is not an option," she said.

Though there are financial costs to climate protection measures, Merkel said, the price of inaction is far higher.

Scholz, who also serves as finance minister, said Germany must embrace pioneering technology to fight climate change. "We can do this because we have the economic capabilities and the engineers," he said after an SPD leadership meeting in Berlin on Monday.

Scholz said investment in technology would allow Germany to maintain a strong economy and offer job opportunities, and continue its export success.

And he has supporters within the SPD. "If we set the right course, then climate protection in the medium term can be better than any economic stimulus package," acting party chief Malu Dreyer said.

Merkel's political career is drawing to a close. Will she be remembered for her failure in getting Germany to meet its own emission targets? Or will she go down in history as the "Climate Chancellor?"

Scholz has his eyes on the SPD leadership, and he would likely have to keep his party in the governing coalition with the CDU and its allied Bavarian party, the Christian Social Union (CSU).

That would be no easy task for Scholz. A majority of SPD members are now against staying in the grand coalition, known as the "GroKo."

Scholz has remained loyal to the GroKo, and a large climate package could score him points within the SPD and enable him to seize the party's reins.

So far, only general outlines of the package are known; the finer details are yet to be unveiled. Environment Minister Svenja Schulze (SPD) said it would be a "mix of instruments."

"We will adopt an agenda with a wide range of measures," she said, "but all of which will steer in the same direction, namely to reduce CO2."

A central component in the strategy to reduce CO2 is financial incentives — especially for transport and building construction.

Germans who invest in new windows, roofs or heating systems and want to make their house more climate-friendly can likely look forward to a tax reduction, and a bonus for scrapping oil-powered heating systems.

The government intends to put 7 million electric cars on the roads and incentivize buyers with a bonus of several thousand euros. Millions of additional charging stations are to be built to power the vehicles.

A fundamental element is a shift toward rail travel. To this end, the value-added tax (VAT) on train tickets will be lowered, and local public transport systems expanded.

The CDU wants to double the tax on airline tickets to almost €15 ($16.50), and extend the levy on freight transport to all roads in Germany.

Though the CDU and CSU are focusing on emissions trading and a market-based solution for CO2 pricing, the SPD is demanding higher energy taxes.

"In the future, anyone who pollutes the environment more than those who care for it will simply have to pay more," said Dreyer, the acting SPD head. "Those who conserve the environment should benefit financially from doing so," she added.

The SPD insists that climate change measures must not squeeze low-income earners. "We are aware of the worries about rapid and expensive changes," Dreyer said.

Dreyer pledged that the SPD will see "that things remain equal and fair."

The costs of the measures are expected to be high, but, at the same time, politicians are insisting that the average person should bear as little of the burden as possible.

"The truth is that climate protection cannot be achieved at zero cost," Scholz said. "This applies to both the federal budget and to citizens." 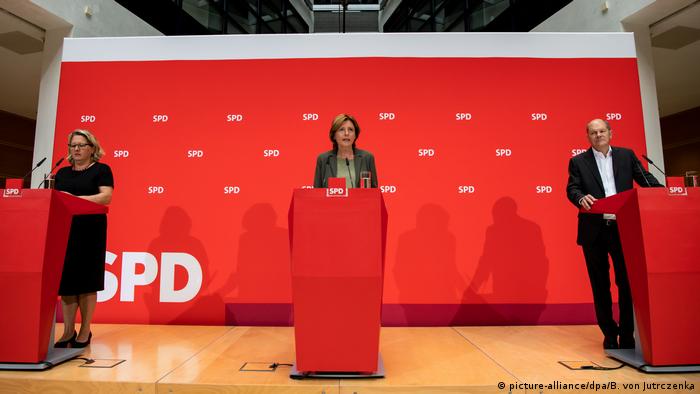 As finance minister, Scholz has set out the 2020 federal budget without earmarking any new debts. Can this be maintained?

Scholz said additional revenue from cost increases tied to CO2 emissions would create "more room to maneuver than one might think."

But he has been crunching the numbers with his coalition partners in mind. The CSU/CDU are unwilling to sacrifice the "black zero" of a balanced budget under any circumstances — not even to protect the climate.

That is why the debate within the CDU has become such a heated one: The party leadership maintains that if extra environmental costs are necessary, they must be absorbed by making cutbacks elsewhere.

Read more: German 'meat tax' on the table to protect the climate

For the SPD, slashing public spending to earmark funds for the environment is not an option.

Though Scholz still officially toes the line of the "black zero" policy, a majority in his party have no problem with increasing spending, especially as there are no laws that require the federal budget be balanced.

Currently that would amount to €12 billion per year — an amount that would certainly help finance the climate package. And now even business leaders are advocating that the "black zero" should not be maintained at all costs.

The Greens want to go a step further: Party co-leader Robert Habeck called the debt brake a hangover from a time when high-interest rates limited the capacity for political action.

Habeck demands that the debt threshold be adjusted in line with the guidelines for European stability. He calculates that this would amount to €30-35 billion yearly for additional "financial scope."