Officers have rescued 5,700 migrants trying to cross the Mediterranean in the last two days, the Italian coast guard said. They also recovered 14 bodies of refugees who drowned while crossing over from Libya. 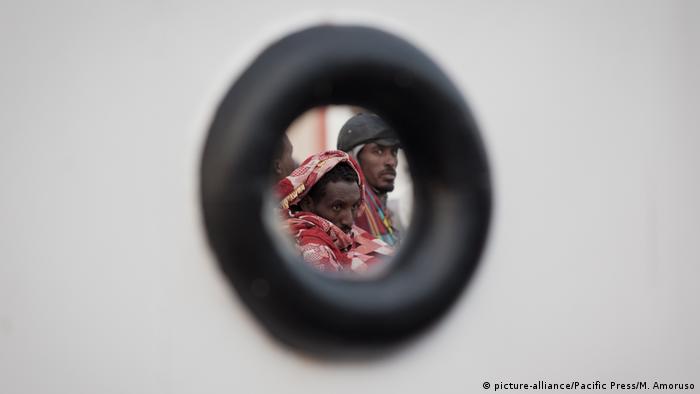 The coast guard coordinated 20 rescue operations over the weekend, intercepting about 2,400 people. Around 3,300 more migrants disembarked in five different ports in Sicily over the two days, the ANSA news agency reported. Rescue workers also saved over 460 migrants who arrived in Naples on Sunday, but it was not clear if those rescued had been accounted for in prior counts, local interior minister Gerarda Pantalone told reporters.

"I've never had a SAR [Search and Rescue] like it. We were in the process of transferring 1,000 migrants from the Okyroe [tanker] to the Siem Pilot when suddenly, in the dark, rubber boats appeared. It looked hopeless," Pal Erik Teigen, the police officer in charge of the rescue operation, told reporters on Sunday.

The Italian coast guard said it recovered seven dead bodies on Friday and another seven the next day. Around 25 people were still missing and were feared drowned after the Libyan coast guard attacked a migrant dinghy during a rescue operation.

Rescue workers of the German navy also saved 844 people in the weekend's operation together with the Italians. The refugees were being brought to an Italian harbor aboard the support ship Werra. The German military has been participating in the action, called Operation Sophia, since 2015. 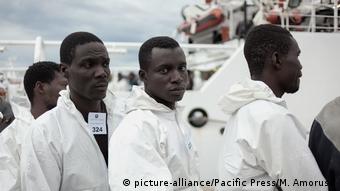 Italy is the main landing point for migrants who travel from North Africa and undertake a perilous voyage in flimsy vessels over the Mediterranean Sea to reach Europe. These boats are often overcrowded, and passengers are exposed to exhaust fumes or suffer from hypothermia or dehydration.

According to the International Institute of Migration (IOM), 146,381 migrants have landed in Italy so far this year. Around 3,645 refugees have died on the journey.

Meanwhile, Rome has been engaged in a row with the European Commission on funding for the refugees. Prime Minister Matteo Renzi complained about the lack of solidarity from EU partners. "We cannot go on like this, we need a radical solution," he said on a visit to Sicily over the weekend. He also insisted on a fine to penalize Eastern European nations that refused to take in migrants.

Rickety boats and rubber dinghies were the most common modes of transport for refugees trying to reach Italy. Naval personnel pulled nearly 1,800 people from such vessels over the course of just 24 hours. (06.05.2016)

Last year, a ship carrying around 800 asylum seekers sank off the coast of Libya, killing all except a handful of migrants. Now Rome has begun a challenging operation to retrieve the vessel and identify the refugees. (20.04.2016)