The threats from the dual US-Israeli nationality Jewish teen had stoked fears of rising anti-Semitism in the US. They also led to intense debate and shock in Israel and the US Jewish community. 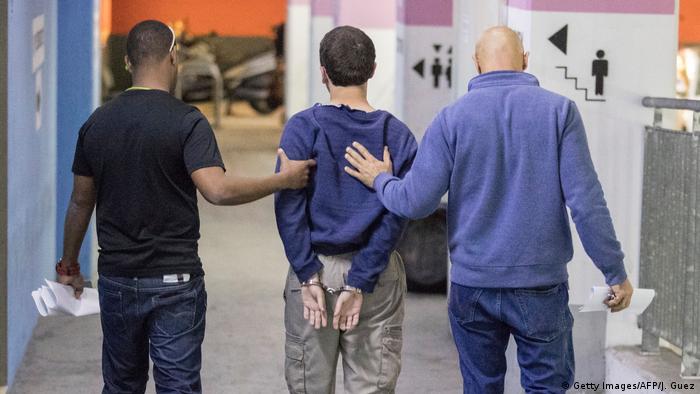 A Tel Aviv court convicted a 19-year-old Jewish Israeli on Thursday for making thousands of bomb threats against airports and Jewish schools and community centers, mostly in the United States.

The dual US-Israeli national was arrested in March last year in southern Israel following an investigation by the FBI and other law enforcement agencies.  He was not named in the court filings.

Last year, the Jewish Telegraphic Agency published a recording of one of the bomb threats calls using voice hiding technology to a Jewish community center (JCC):

The court said: "The goal of the defendant was to cause public panic, to send many emergency forces to the threatened area, to cause an urgent evacuation of the place, to conduct searches and scans and to create a media echo that would enhance the damage inherent in his actions."

The 19-year-old was found guilty on hundreds of counts, including:

He will be sentenced later and faces possible extradition to the United States where hate crime charges have been levelled against him.

His parents had argued their son was autistic, but the court decided that "does not fulfil the conditions to be exempt from responsibility."

The judge hearing the case said the defendant "changed his version of events multiple times according to what suits him the most. He very much understands the significance of his actions."

The repeated scares created fears of rising anti-Semitism in the United States. It also prompted accusations that US President Donald Trump was stoking right-wing fueled anti-Semitism.

Trump's daughter and son-in-law are Jewish and he has pursued a staunchly pro-Israel policy. Evangelical Christians are one of the president's most important support bases.

Trump had suggested the threats could be fake acts designed by Democrats to discredit him and his supporters. His comments provoked a backlash, although the president later condemned any form of "bigotry, intolerance and hatred."

Mark Zell, the chairman of Republicans Overseas Israel, said: "A lot of the uproar about anti-Semitism among American Jewish leaders and Democratic politicians – particularly those going after Donald Trump and his administration – has been over the top, as this would suggest."

The Anti-Defamation League said last year that the bomb threats constituted anti-Semitism and recorded them in their annual report which showed a rise in anti-Semitic acts.

"These were acts of anti-Semitism. These threats targeted Jewish institutions and were calculated to sow fear and anxiety, and put the entire Jewish community on high alert," Anti-Defamation League CEO Jonathan Greenblatt said last year.