The Munich-based German national daily newspaper, Süddeutsche Zeitung has fired a cartoonist amid accusations of anti-Semitism. It said a cartoon of Israeli Prime Minister Benjamin Netanyahu was "a mistake." 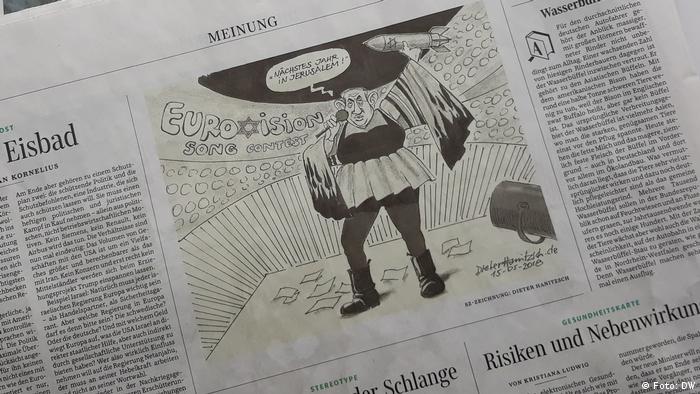 The Süddeutsche Zeitung published on Tuesday a cartoon that was viewed by different people as anti-Semitic. Most notably, Germany's new anti-Semitism commissioner, Felix Klein, who was appointed this year amid concerns over rising hostility towards Jews, told the Bild newspaper on Thursday that it recalled "the intolerable depictions of Nazi propaganda."

The cartoon also has the Israeli national symbol replacing the V in the words "Eurovision Song Contest" shown in the background. A speech bubble emerging from the prime minister's mouth says in German: "Next year in Jerusalem."

These words are traditionally uttered at the end of Passover every year and were used by Netta herself in reference to the fact that the contest is held in the capital city of the previous year's winner.

The publication of the cartoon came a day after the protests on the Gaza border for Nakba Day during which over 60 Palestinians were killed by the Israeli military; and the controversial opening of the US embassy in Jerusalem, at which Netanyahu was present. 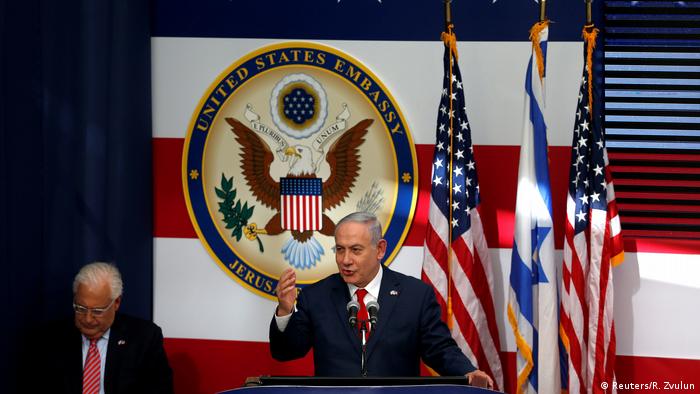 Süddeutsche Zeitung editor-in-chief Wolfgang Krach said the cartoon had provoked discussion within and outside the the newspaper, which takes a broadly liberal editorial line.

"Dieter Hanitzsch says that he merely wanted to point out with his cartoon that the next ESC finals in 2019 will take place in Jerusalem," Krach said, acknowledging that the drawing could be interpreted differently and be seen as anti-Semitic.

"Its publication was for this reason a mistake for which we ask forgiveness."

He later announced the paper would review its internal editorial procedures for the publication of caricatures and change them if necessary.

But speaking to German-based Jewish publication Jüdische Allgemeine, Hanitzsch himself said he was not sorry for a cartoon that was solely a political critique. "That the editors have apologized is their business. I do not apologize," he said. "I can criticize the Netanyahu policy, even as a German."

Shortly afterwards he was fired.

Editor Krach cited "irreconcilable differences" about "what constitutes anti-Semitic cliches in a caricature" as the reason for his termination. He said these differences were clear not only in the cartoon itself but also in conversations with Hanitzsch. 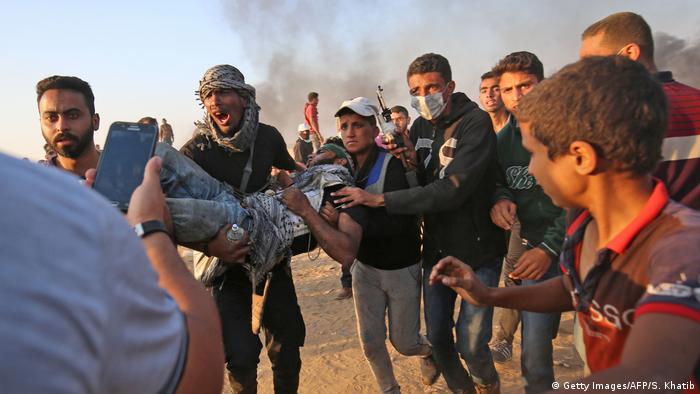 As reported in the Israeli daily newspaper Haaretz, some critics found Hanitzsch's cartoon offensive as it "endowed Netanyahu with oversized nose, ears and lips."

It noted that Jonas Mueller-Töwe, who critiqued and republished the cartoon for t-online.de news, believes that the Star of David on the rocket implies that "behind every war, Jewish interests are hiding."

The self-regulatory German Press Council is to take up the matter when it next meets on June 12. Spokesman Arno Weyand said there had been complaints.

Thousands of Gaza residents have turned out to mourn the deaths of Palestinians killed by Israeli troops in Monday's protests. Germany and the UK meanwhile demanded an inquiry into the killings as diplomatic anger rises. (15.05.2018)

Israel celebrates 70 years since its first prime minister announced its independence on May 14, 1948. Berlin's foreign minister has marked the occasion with a commentary lauding the bonds between Germany and Israel. (13.05.2018)

At least one Palestinian was killed by Israeli fire in a protest at the Gaza-Israel border. Thousands gathered for a third consecutive week to protest for the right to return to lands their families lost in the 1948 war. (13.04.2018)