Testimony from the former representative of German firm ThyssenKrupp has led to arrests in Israel over corruption allegations. Germany said it would not sign off on the deal until the investigation was complete. 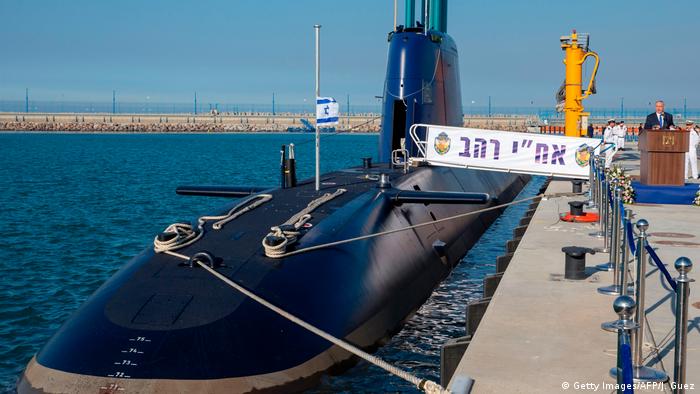 The Israeli premier has called on his rivals to "wait for the celebrations," describing reports of alleged corruption as baseless. Police have questioned him over allegations he accepted "favors" from businessmen. (02.01.2017)

Israel is purchasing German submarines to protect itself against its archenemy Iran. However, the Islamic Republic stands to profit from the deal financially. (21.12.2016)

Israeli police arrested six people on Sunday amid a widening corruption probe into the deals for submarines and naval vessels agreed between the government and German industrial giant ThyssenKrupp.

In a statement, police said the six suspects were detained on suspicion of "economic and integrity offenses."

Authorities did not name those in detention, but the Haaretz newspaper reported that the group included "a former senior official in Prime Minister Benjamin Netanyahu's bureau" as well as several high-ranking naval officers.

In July, ThyssenKrupp issued a statement saying it had found no evidence of corruption in its handling of the $2 billion (1.69 billion euro) contract to sell submarines and naval patrol craft to Israel. "Based on the investigative measures we were able to carry out, we found no concrete indications of corruption - neither with regard to submarine projects, nor in connection with the procurement of corvettes," it said, adding the investigation results were "provisional." 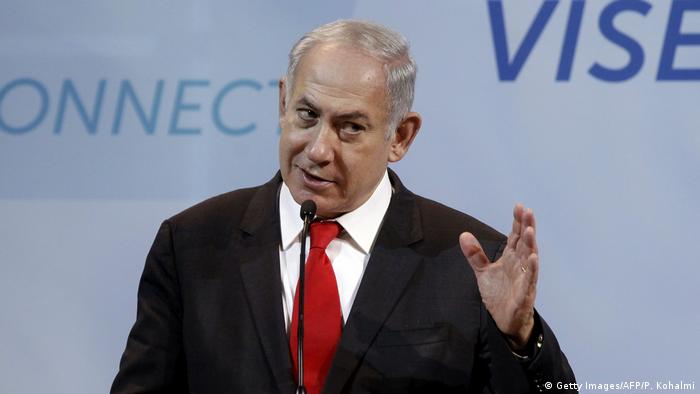 Benjamin Netanyahu is not a suspect in the case, according to police

Prime Minister Benjamin Netanyahu's relative and family lawyer, David Shimron, was cited in reports of the case when retired naval captain Michael Ganor, ThyssenKrupp's former representative in Israel, claimed he was due to earn large amounts of money from the agreement to buy three submarines from Germany.

Germany then said it would not sign off on the arms deal, originally agreed in October 2016, until the investigation into possible corruption was complete. The signing of a memorandum of understanding on the German sale of the three submarines to Israel was postponed in July.

According to television reports in July, Ganor told police that Shimron's commission from the deal between the Israeli state and ThyssenKrupp was to be 20 percent of Ganor's own fee from the German company for brokering it.

The scandal has also touched Avriel Bar-Yosef, a former deputy head of the National Security Council and Eliezer Marom, the former commander of the Israeli Navy. The pair, along with Shimron, have denied any wrongdoing.

ThyssenKrupp rep and his lawyer

Ganor signed a state’s witness arrangement with Israel’s justice ministry in July. In exchange for a reduced sentence of a year in prison and a $2.8 million fine, he agreed to disclose everything he knew.

Netanyahu's lawyer Shimron also acted for Ganor and was allegedly involved in many of his business dealings. Netanyahu reportedly suggested more submarines be bought than the defense chiefs had recommended, but he has denied knowing about his lawyer’s involvement in the arms deals.

The Israeli Justice Ministry has said that Prime Minister Netanyahu is not a suspect in the case.

According to its website: "Virtually no shipyard the world over has more experience in the design and construction of non-nuclear submarines than ThyssenKrupp Marine Systems with its Operating Unit Submarines (Kiel). The Operating Unit is a partner of the German Navy and has also delivered submarines for coastal and blue water deployment to the navies of 19 other countries."