Israeli police have arrested seven people on suspicion of corruption following a deal to buy submarines from German company ThyssenKrupp. German authorities have launched their own investigation. 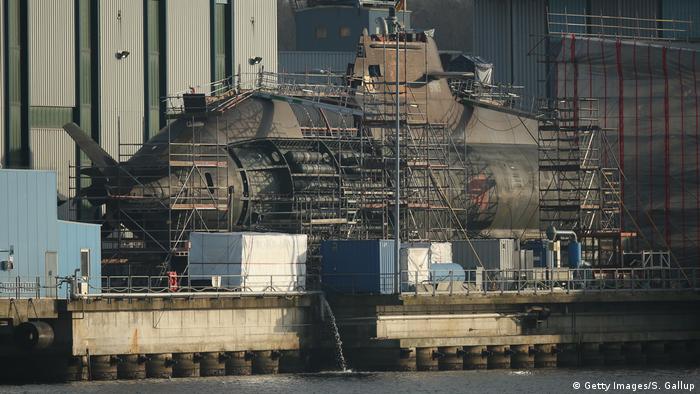 Israeli police arrested seven public officials and private business people in an investigation involving the purchase of German watercraft. They are suspected of offenses including bribery, tax fraud and money laundering in deals worth over 1.5 billion euros to buy Dolphin submarines and patrol corvettes from Germany's ThyssenKrupp Marine Systems.

In 2016, broadcaster Channel 10 reported that the Israeli intermediary for ThyssenKrupp Marine Systems had retained David Shimron - Israeli Prime Minister Benjamin Netanyahu's second cousin and personal lawyer - to act on his behalf. Media also reported that the prime minister helped push the deal through despite protests from military and Defense Ministry officials, who called the boats too expensive.

Shimron says he did nothing wrong and never discussed the deal with the prime minister so as to avoid any conflict of interest. Netanyahu has given his full backing to his kinsman and said the purchase was completed on the advice of defense experts.

In February, Israel's Justice Ministry announced that it had launched an investigation into the affair, stressing, however, that officials had no reason yet to suspect Netanyahu of personal involvement. By June, Der Spiegel reported that Germany's own national security council had approved the sale of the three nuclear-weapons-capable submarines, but that authorities had inserted a clause into the contract giving them the right to void the deal should Israeli officials prove the corruption allegations.

Officials have launched a separate investigation into Netanyahu for expensive gifts he received from the Israeli businessman and Hollywood producer Arnon Milchan. They have also begun to probe the Israeli premier on suspicions that he sought to make a secret one-hand-washes-the-other deal with the publisher of Israel's top-selling newspaper Yediot Aharonot in exchange for favorable press coverage.

Netanyahu rejects charges of misconduct and blames his political opponents for the negative attention.