Israel shifts stance on Hungary's Soros criticism ahead of visit

Israel has backtracked on an ambassador's criticism of a Hungarian poster campaign targeting US billionaire George Soros. The shift comes ahead of a visit by PM Benjamin Netanyahu to Hungary. 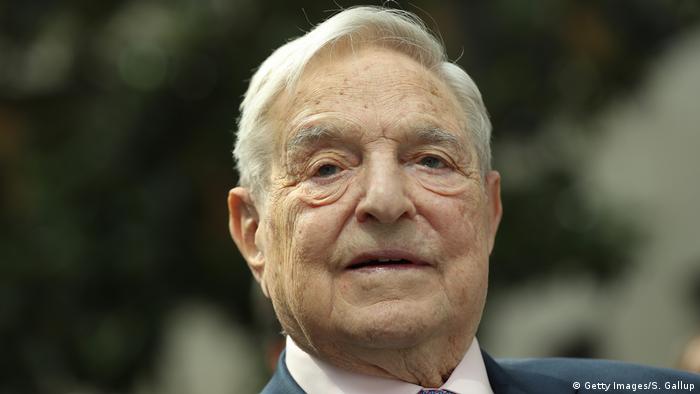 The ministry qualified the ambassador's statement, saying that Soros, a Hungarian-born Jewish emigre, was a legitimate target for criticism, and that the ambassador had meant to denounce the campaign only insofar as it could be seen as fomenting anti-Semitic sentiment.

"In no way was the statement meant to delegitimize criticism of George Soros, who continuously undermines Israel's democratically elected governments by funding organizations that defame the Jewish state and seek to deny it the right to defend itself," the ministry's statement said.

Soros is unpopular with the Israel's right wing, as he uses his fortune partly to fund human rights organizations such as Human Rights Watch that are frequently critical of the Jewish state's policies toward the Palestinians. In Hungary, he has aroused the ire of Prime Minister Viktor Orban with his support for more open immigration. 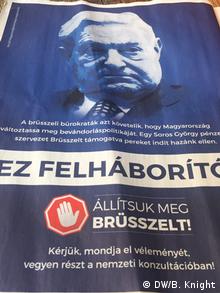 The campaign against Soros is carried out in newspapers as well

The Hungarian poster campaign singles Soros out as an enemy of the state. Since copies of the poster were circulated, many of them have been defaced with anti-Semitic graffiti.

Human Rights Watch accused the campaign of evoking "memories of the Nazi posters during the Second World War."

The change of gear by Israel comes ahead of Netanyahu's visit to Hungary scheduled for July 18, the first such trip by an Israeli premier since Hungary made the transition from communism in 1989.

Both Israel and Hungary have passed legislation designed to restrict the influence of non-governmental organizations that are largely funded from abroad.

The ever-closer alliance between Netanyahu and Orban is being viewed with some concern by the European Union, with the Hungarian leader widely considered as a thorn in the bloc's side owing to his curtailment of press freedom in his country and his opposition to refugee redistribution quotas.

Soros, 86, has so far not commented on either the poster campaign or Israel's comments.

Foreign-backed civil groups must now register with the courts and declare on all publications that they are not Hungarian. Critics called it a "vicious" attempt by the government to silence critical voices. (13.06.2017)