Some conservative sects in Israel are coming under increased scrutiny for their alleged noncompliance with coronavirus curbs. Several ultra-Orthodox areas are registering disproportionately high rates of infections. 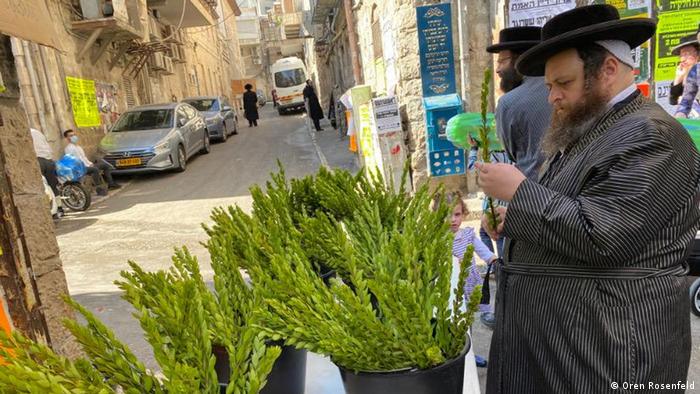 The media outlets in Israel are busy these days, producing reports on sometimes harsh police measures against anti-government protesters and stories about Israeli officials defying their own lockdown rules. But as happened during the first lockdown, Israel's ultra-Orthodox — or Haredi — communities and their mass gatherings have also come under a lot of negative media scrutiny.

Since the first lockdown in March and April, Moshe Morgenstern has volunteered as a health coordinator in the municipality of Bnei Brak, in addition to his main work as a lawyer.

Every morning, Moshe receives the total number of infections for this largely ultra-Orthodox city near Tel Aviv.

Like other ultra-Orthodox towns and neighborhoods, Bnei Brak has been in the spotlight as one of Israel's main coronavirus hot spots since the beginning of the pandemic. It has been frequently flagged for not adhering to the rules. 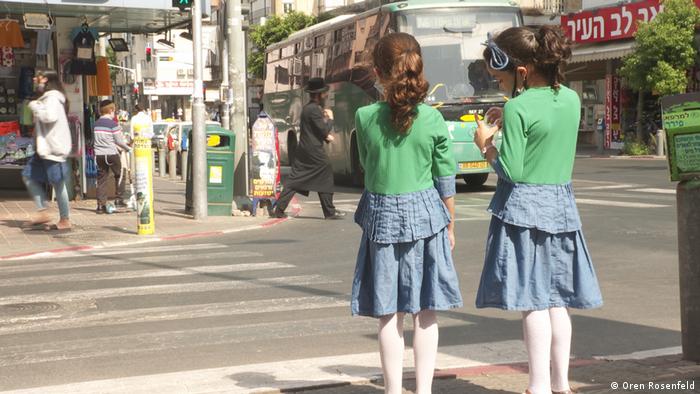 Since the first lockdown, health officials have cautioned that crowded conditions in educational institutions like yeshivas, densely populated neighborhoods and mass gatherings during the holidays are reasons for the high infection rates in religious communities.

Yet during the recent High Holidays that began shortly after the second lockdown was imposed, mass gatherings at prayer services and a rabbi's funeral have outraged many in the Israeli public. The indignation has been all the greater because of a perception that police haven't always enforced the lockdown rules with equal rigor, sometimes seeming to turn a blind eye to rulebreakers in ultra-Orthodox areas.

The second lockdown began on September 18 after a continued spike in infection rates. Large gatherings and communal indoor prayers were prohibited. Though many have adhered to the lockdown guidelines, others have not. According to the police, multiple gatherings have been dispersed, fines given and dozens of synagogues closed in Bnei Brak and other towns in the past weeks. 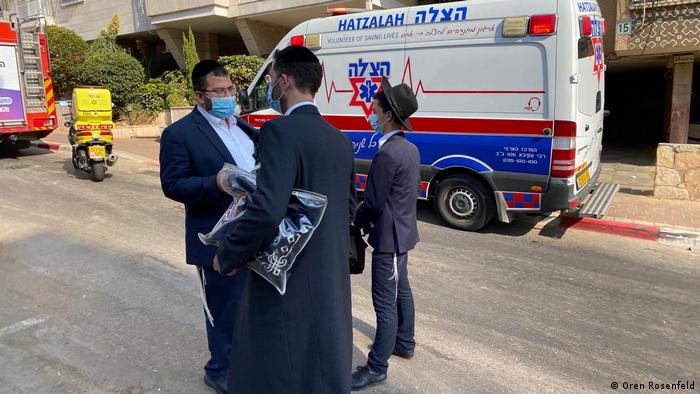 The ultra-Orthodox community figures disproportionately among Israel’s overall recorded coronavirus infections. Up to 40% of new cases detected last week were among Haredi groups.

"We have a problem. Some groups simply don't keep the rules: I can't close my eyes to the fact. They don't keep the rules," says Morgenstern. In his capacity as a health coordinator, he tries to solve problems with dialogue. "We try to speak with their [Haredi] leaders, their rabbis, and tell them this is not good. We try to work with them."

The only silver lining Morgenstern sees is that the community's population is young, and mortality is not higher than in the rest of the country during the second wave. "The age group of the infected is young; many are yeshiva students. It's good and bad at the same time," he says.

Israeli media reports have suggested that some rabbis seem to support the concept of "herd immunity" among their young students, even though it's not clear how this concept is meant to protect other people.

Clashes in Jerusalem over restrictions

Another city affected by high coronavirus rates is Jerusalem. In the ultra-Orthodox neighborhood of Mea Shearim, clashes between residents and police charged with enforcing restrictions have intensified in recent days, and dozens of people have been arrested after allegedly throwing stones and metal objects at officers. This neighborhood is also home to several very conservative, anti-Zionist Haredi sects that reject the authority of the state and have protested against the police on previous occasions. 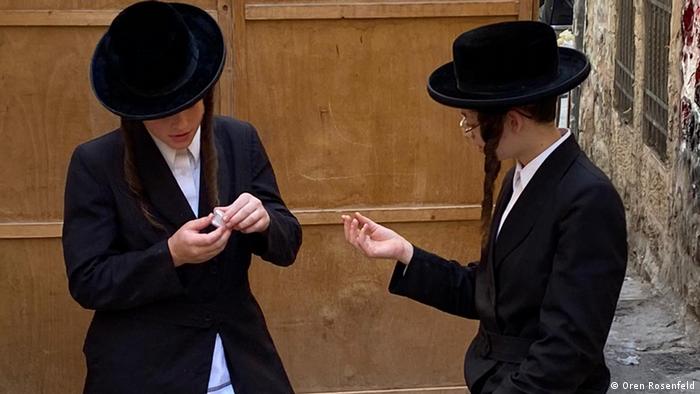 The Mea Shearim neighborhood is home to some very conservative sects

Pnina Pfeuffer, an ultra-Orthodox blogger and activist from Jerusalem, also feels that "the key is to get the leadership on board." But she says the picture is more complicated than that. "The Haredi community is sorted into groups, so it's not exactly the same within each group," says Pfeuffer. The focus right now, she adds, is on Hasidic sects that aren't taking precautions against the coronavirus and defy the rules that are meant to apply to all citizens.

"It's not that they don't know that there is a coronavirus or they necessarily believe it won't affect them. It's just that it's too high a price to pay to give up on their communal life indefinitely," says Pfeuffer. One of the main problems, she says, is the fact that the second lockdown was imposed during the High Holidays, creating "a lot of mistrust between the sects and the government." 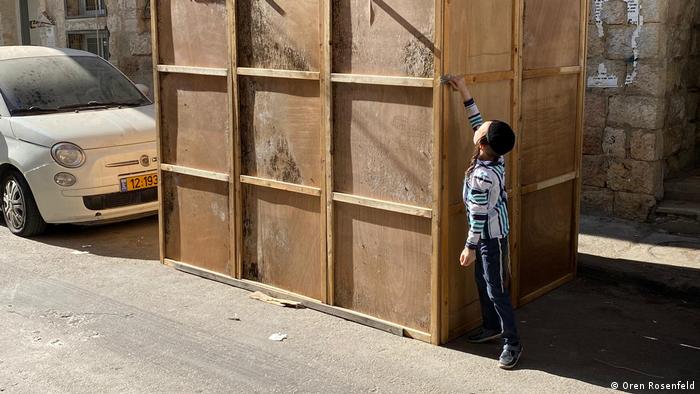 This wooden sukkah in Jerusalem — a temporary structure built for the Sukkot holiday — is allowed, but not mass gatherings

Mistrust in the government's handling of the coronavirus crisis may be the only common denominator among all Israelis, for the moment at least. Even before the second lockdown was ordered, the government of Prime Minister Benjamin Netanyahu came under harsh criticism for how it had handled the crisis up to then.

In early September, the government's coronavirus coordinator Ronni Gamzu proposed a traffic-light model in which areas with high infection rates would be classified as "red" and be restricted. Some ultra-Orthodox mayors and religious leaders opposed the idea. In the end, Netanyahu, who sits in a coalition government with the ultra-Orthodox parties, only approved nighttime curfews.

In the past week, a slowing pace of new infections has been registered outside the ultra-Orthodox population, and pressure is expected to rise on the government to ease restrictions on the general public. However, analysts believe that the dilemma of how to differentiate and manage restrictions on locations with high infection rates will remain after the current lockdown ends, continuing to put the Haredi community in the spotlight.

Protesters rallying against Prime Minister Benjamin Netanyahu have clashed with police in Tel Aviv, according to local media. Dozens of people were arrested for violating controversial new curbs on large demonstrations.

Open-air markets and all non-essential businesses will close as infections in the country soar. But a move to restrict prayers and protests could face a backlash ahead of the Yom Kippur holiday.