Israel marks its 70th anniversary, but not everyone shares the joy

Independence Day celebrations kicked off on Thursday, with festivities set to last for the next couple of days. But as Dana Regev reports from Jerusalem, a joyful day for some could mean something different for others. 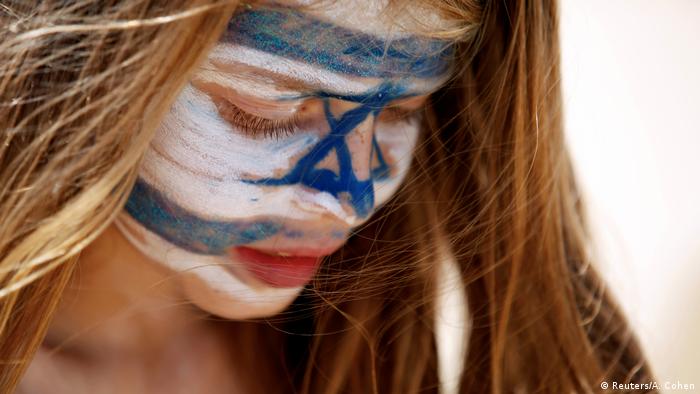 As loud music, cheers of children and the smell of barbecues pierced through the usually cool Jerusalem air, it was almost hard to imagine that just last night, Israel commemorated one of its saddest days on the calendar.

The annual Memorial Day for the Fallen Soldiers is marked deliberately one day ahead of the country's Independence Day, making the switch from grief to festivity somewhat artificial and hard to digest.

Sirens sounded throughout the country at 11:00 a.m. local time on Wednesday, when even in Israel's most vibrant cities life is paused for two silent minutes, with cars pulling over at the side of the road and people standing still, paying their respects to the dead. Independence Day itself, however, is anything but silent.

Just a few meters outside Jerusalem's Damascus Gate, young Jewish settlers are raising donations "to expand Jewish presence in the West Bank," they shout at passersby. "Every shekel will bring us closer to redemption," 15-year-old-Naomi tells DW. She generally refuses to talk to the media, but said that "for the holy sake of rebuilding Judea and Samaria, no measure is too extreme."

'Reminder of what I don't have'

Meanwhile, two kilometers west of the Old City, 28-year-old Ahmed is helping tourists find their way around the lively quarter. He manages a boutique hotel and is constantly in touch with visitors from all over the world – as well as from other parts of Israel. 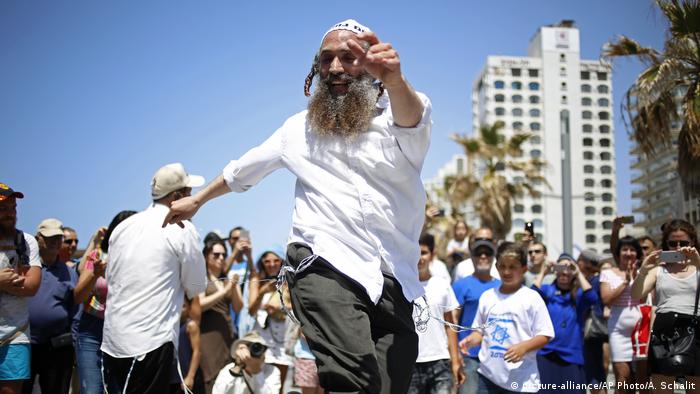 "Israel's Independence Day is like any other day for me," he says. "A constant reminder of what I don't have – but also of what I can have." Ahmed is hoping to move to Germany with his girlfriend, to get his master's degree there and eventually find a job. "My parents obviously don't want me to leave," he admits. "Not only because I will be far from them, but also because – in their words – they don't want us [Palestinians] to leave this land for the Jews."

When he was younger, he reveals, he couldn't stand Israelis. "I cursed soldiers. I cursed all of them." But now that he speaks fluent Hebrew and is in daily contact with many Israelis, he thinks differently. "When you are taught from day one that the other people want to destroy you – what are you supposed to think? I don't blame Israelis. I don't blame Palestinians either."

Along the busy Jaffa Street, English-speaking teens are waving Israeli flags and spraying each other with foam. French, Spanish and Italian speakers seem to enjoy the live concerts, light exhibitions and rather relaxed atmosphere only few associate with Jerusalem normally.

In merely a month from now, US President Donald Trump will open the American embassy in the city, a controversial move that has triggered harsh criticism and enraged left-wing activists, Palestinians and the Muslim world alike. But not all Israelis are concerned. 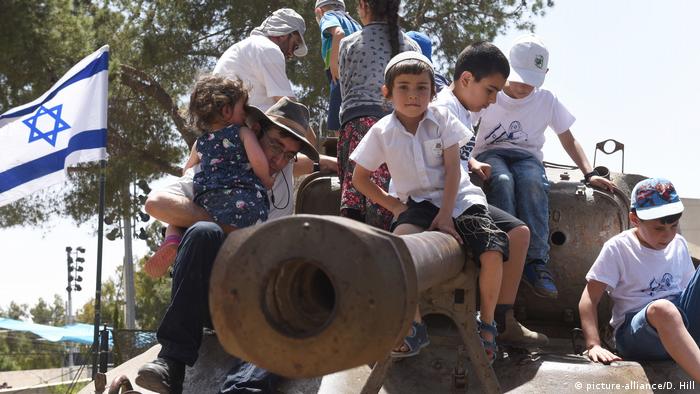 Airshows and military displays are part of the celebrations

"We have every reason to celebrate,” says 42-year-old Miri Hajbi, a high school teacher who brought her two teenage daughters to watch the annual airshow passing above Sacher Park, one of the most attended events in the city. "We are strong, we are united, we have a blooming high-tech industry and a powerful army – we made it against all odds,” she pauses for a bit, "and whoever's got a problem with that is welcome to test us."

Her words resonate with Prime Minister Benjamin Netanyahu's statements at the ceremony, in which he declared that the Jewish state was becoming a "world power," adding that its light would overcome what he called its enemies' "darkness."

In another 70 years' time, he continued, "you'll find a country that is many times stronger because what we've done until today is just the beginning.”

Niv Dagan, a 32-year-old social worker, disagrees with the prime minister. "If we don't find a way to share this land with Palestinians, not only will we not be stronger – we simply won't be. For us it's Independence Day – for them it's the Nakba [catastrophe]. We have to find a way to understand this complexity," he argues.

Not far away from there, outside the Mahane Yehuda market, Chilean, German and American tourists are sharing a table with two Israelis they have just met. "We actually planned this vacation long before we realized it's a special day here in Israel," 19-year-old Rebecca from Chicago told DW, pointing at her fellow students.

"Is this a happy day or a sad day?" she asks one of the Israelis at the table. "Well, I guess it depends on who you ask around here," he replied. "For us anyway, it's happy." 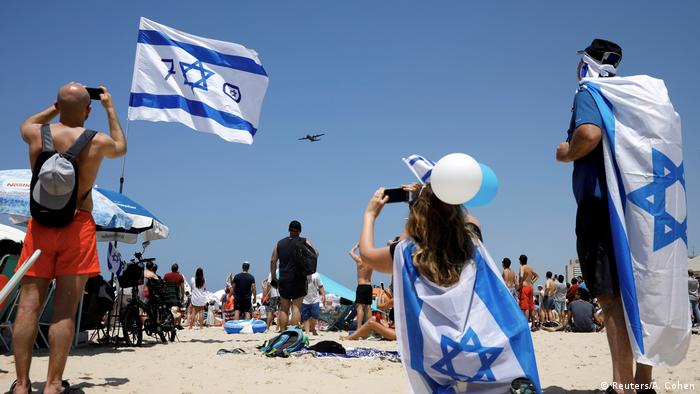 Jews around the world are observing Passover, which coincides with Easter this year. The week-long holiday commemorates the liberation of the Israelites from slavery in Egypt. (30.03.2018)

Israel at 70: A troubled anniversary?

Cuba to allow foreign investment in wholesale and retail trade