Israel has made operational a medium-range missile inceptor, completing a multi-layer missile shield. The David's Sling, Iron Dome and Arrow systems can defend against threats from Hezbollah, Hamas, Syria and Iran. 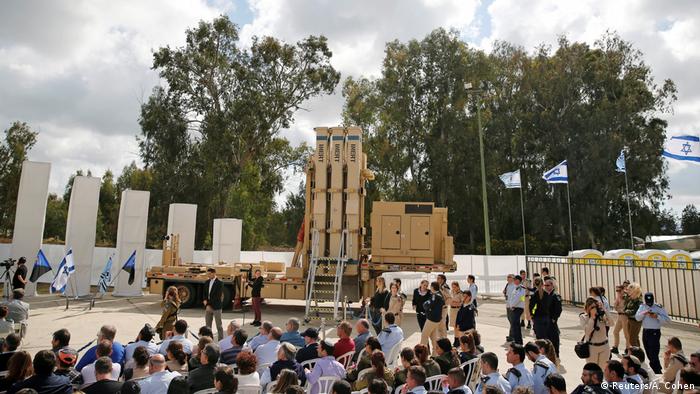 David's Sling is designed to intercept medium-range rockets and missiles with ranges of 40-300 kilometers (25-190 miles), such as those possessed by the Iran-backed Lebanese militant group Hezbollah and the Syrian military.

"We are adding a significant layer to Israel's strength," Prime Minister Benjamin Netanyahu said at the opening ceremony, adding "whoever tries to strike us will be hit, those that threaten our existence put themselves in existential danger."

The defense system was designed by Israeli weapons manufacturer Rafael and US defense contractor Raytheon as part of a joint project between Israel Missile Defense Organization and US Missile Defense Agency. Since 2006, the US has contributed nearly $1.4 billion (1.3 billion euros) to help develop David's Sling.

The Iron Dome and Arrow systems were also jointly developed and funded with the United States as part of Washington's annual multi-billion dollar military aid package to Israel.

The Arrow system saw its first action in March when it destroyed an anti-aircraft missile fired from Syria after Israeli jets carried out airstrikes on Hezbollah, which supports the Syrian regime fighting rebels and jihadists.