Tensions between Saudi Arabia, Lebanon and Iran are putting a strain on the entire region, with Israel at risk of being drawn into a war with Hezbollah, as Tania Krämer reports. 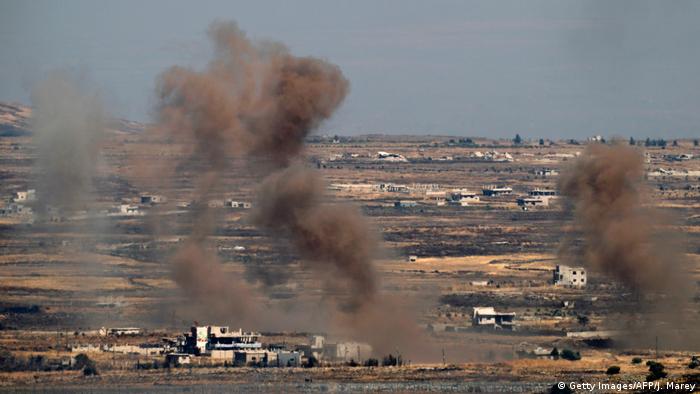 It was a busy weekend for military analysts and political commentators in Israel.

On Friday, Lebanese Hezbollah leader Hassan Nasrallah spoke on TV, accusing Saudi Arabia of wanting to push Israel into a war with Lebanon. At the same time he warned Israel, the arch enemy, of interfering.

On Saturday, Israel's military shot down an unmanned drone over the occupied Golan Heights using the Patriot missile system. The drone appeared to be on an espionage flight over the demilitarized zone. Israel will not "allow the Shiite axis to establish a front command center in Syria," Defense Minister Avigdor Lieberman said. In addition, there had for days been speculation about the reasons for Lebanese Prime Minister Saad Hariri's resignation.

Israel showed surprise at the Saudi approach, but the reaction was relatively restrained. A statement from Prime Minister Benjamin Netanyahu's office called the Lebanese Prime Minister's resignation "a wake-up call to the international community to take action against the Iranian aggression, which is turning Syria into a second Lebanon."

"It's a conflict about the dominance of two large powers in a region –  Iran and its mainly Shiite allies such as Hezbollah, against the Sunni coalition led by Saudi Arabia," said Shaul Shay, head of the political research department at the Interdisciplinary Center (IDC) in Herzliya.

The front is visible in Yemen, Syria and Iraq, he said, adding that Israel is not part of these blocs but "has its own interests and red lines it wants to maintain." Mainly, that is in neighboring Syria at this point in time, where the political power structure is shifting in favor of the Iranian alliance. 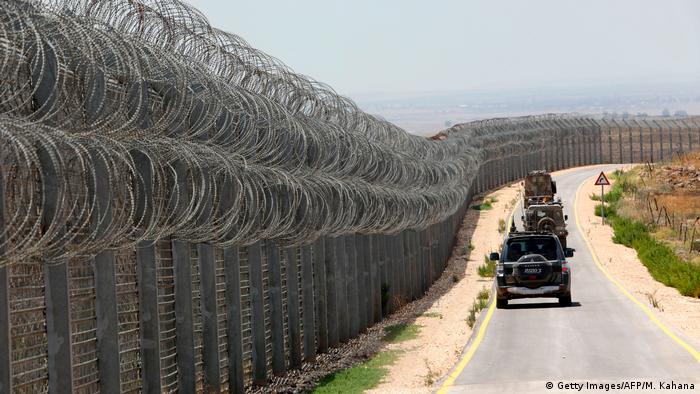 No one wants war

The crisis mainly affects the Saudis and Iran. "I don't think that Israel and Hezbollah are currently interested in being drawn into a conflict," said Joel Guzansky. "Hariri's resignation is not necessarily in Israel's interest, quite the contrary," the political scientist at the INSS Institute in Tel Aviv added. "His resignation increases Iran's influence."

Saudi Arabia and Israel do not have diplomatic relations, but they do have a common enemy: Iran. That doesn't mean that Israel is in a hurry to march across the Lebanese border for Saudi Arabia, military expert Amos Harel writes in the Israeli daily Ha'aretz.

Tensions continue at Israel's northern border. One faulty calculation could set a new conflict in motion, analysts say. Israel should not be pushed into a "premature conflict," said the former US Ambassador in Israel, Daniel Shapiro, adding that "it is plausible that the Saudis are trying to create the context for a different means of contesting Iran in Lebanon: an Israeli-Hezbollah war."

It's no secret that Israel expects a new war at some point with the Shiite Hezbollah militia in Lebanon – it's just not clear when. It's safe to say, according to military circles, that a third war with Lebanon would have a very different force. The first few days would be decisive, and greater areas of civilian infrastructure would be destroyed. Those are the lessons learned from the last Lebanon war in 2006, a war neither party emerged from as the definitive victor. The threat from the Shiite militant group Hezbollah has increased. Despite great losses in the Syrian war, the militia is still believed to be very well organized. Israeli military experts presume their weapons arsenal has grown to more than 100,000 missiles since 2006.

Israel's strategic interests, however, are currently focused on developments in southern Syria. "Israel wants to avoid Iran building a long-term presence in Syria," the IDC's Shaul Shay said. That would allow the Iranian sphere of influence to move closer geographically, too. During the six years of conflict in Syria, Israel always said it would not get involved as long as certain red lines were not crossed. The Israeli strategy: untold air strikes on Hezbollah weapons convoys and munitions factories in Syria. 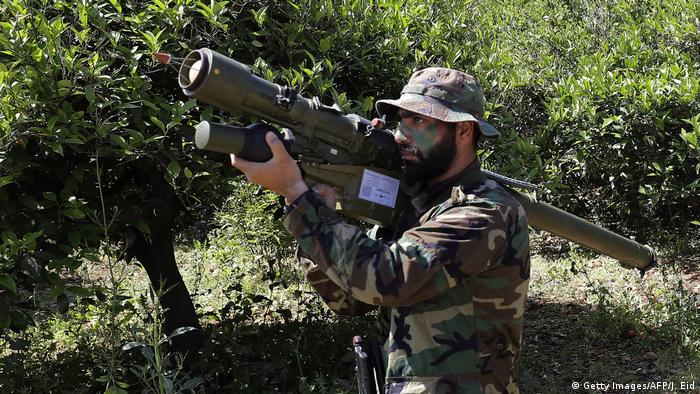 Hezbollah fighters in Lebanon are ready for conflict

Until a few months ago, the Assad regime in Damascus would simply utter threats. Recently, however, the Syrian Army fought back with ground-to-air missiles. It seems the Assad regime increasingly felt it was in the winning camp and was testing the rules, according to Israeli military experts. Not least thanks to Russian military support and a de-facto alliance of Iran, Hezbollah and other Shiite militia that have supported the Assad regime in the fight against the terrorist militia IS since 2015.

It remains to be seen whether Israel's present strategy bears fruit. A BBC report this past weekend showed satellite images that – according to western intelligence services – indicate Iran is building a permanent military base near Damascus. Over the weekend, Russia, the US and Jordan discussed the situation in Syria's south. They would like to limit and even exclude the presence of foreign groups in southern Syria – foreign groups in this case meaning the Hezbollah militia and other Shiite allies. It appears, however, that Israel's demands to keep the Iranians far enough from the border have not been entirely taken into account, Israeli media reported on Monday.

LGBTQ expats in the UAE fear that life in a country where being queer is illegal may get even more dangerous.