ISIS militants are selling oil from their conquered territories, further fueling tensions in the region. This has caused uncertainty on the world market, but could also lead to a drop in global oil prices. 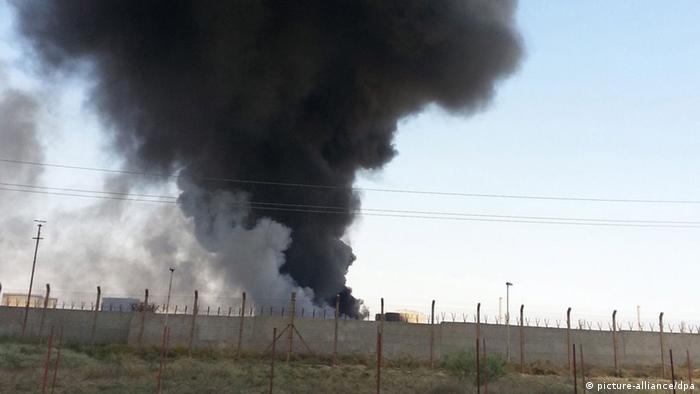 First al-Omar and now al-Tanak: The extremist group Islamic State of Iraq and Syria (ISIS) has been making substantial and rapid progress in its conquest of major Syrian oil fields. Together with an Iraqi oil field captured at the end of June, the militants have taken control of wide development areas on both sides of the Syria-Iraq border. And on Thursday (03.07.2014), ISIS reportedly began selling oil out of Iraq.

Since ISIS is unable to sell the oil through legitimate channels, it has taken to the black market. According to news reports, French Foreign Minister Laurent Fabius has accused ISIS of selling oil to the regime of Syrian President Bashar al-Assad. Obviously, the militants are aiming to achieve the highest possible revenue in order to prepare themselves for upcoming conflicts.

"ISIS militants are selling the oil to anyone who is interested," said the governor of the northern Iraqi town of Tuz Khormato, speaking with Turkish news agency Anadolu. "They need the money for weapons and ammunition."

It's a big risk for the regime in Damascus, as the ISIS militants will only be temporary partners with the Assad regime. They're not concerned with keeping Assad in power. Their goal is to further expand the area of their recently declared caliphate, which already extends from Iraq through Syria to the Turkish border. And in Iraq, ISIS is planning to extend its territory to the south.

Impact on the oil market

The al-Omar oil field has been in the hands of the jihadists since last November. At the time it was conquered by the al-Nusra front, which has since ceded it to ISIS. Since that time, militants have extracted around 10,000 barrels of oil a day. 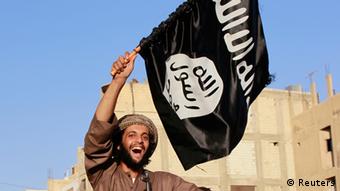 The most recent ISIS conquests have not only contributed to escalating violence in the region, but have also triggered uncertainty on the international oil market. In May, the International Energy Agency listed Iraq as one of the most important future oil exporters. By 2035, the agency said it expected an annual output of 9 million barrels from Iraq, nearly three times the currently extracted 3.3 million barrels, turning the country into an even greater oil exporter than Saudi Arabia.

But these lofty expectations have since been dashed with the triumph of ISIS. Militants are still able to celebrate their high revenues from oil sales, but under ISIS there are unlikely to be many oil exploration companies willing to invest in Iraq.

Even today, according to a recent article in "The Wall Street Journal" by U.S. political scientists Gal Luft and Robert McFarlane, only 15 percent of the investment in new oil fields is currently being invested in the Middle East.

"With Iraq sinking deeper into protracted civil war, investment will fall even more, creating fuel shortages down the road," they wrote. 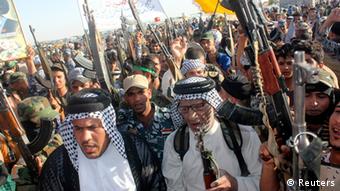 Shiites have volunteered for the fight against ISIS

Iraq's largest oil fields, in the south and thus in a Shiite-controlled area, are not yet seriously threatened. Nevertheless, the rise of ISIS could still lead to further uncertainty in the international oil market. The fight against ISIS will then only be successful if Iran is involved, said Paul Stevens, an economist with the British think tank Chatham House.

In fact, Iran also has a strong vested interest in preventing the birth of a radical Sunni caliphate on its northwestern border. Nevertheless, Iran should expect a certain compromise from the international community for its commitment, and developments in Iraq have made an agreement almost mandatory, said Stevens. This could also include the lifting of sanctions, "enabling Iran to open its extraction and production facilities to much-needed investment."

This new shift toward Iran is likely to spook a current partner of the West: Saudi Arabia. If Iraqi Prime Minister Nouri al-Maliki remains in office and - thanks to help from Iran - is able to hold off ISIS, Saudi Arabia, the leader of the Sunni Muslims, would have to adjust to a strong Shiite presence on its northern borders. And the Saudis have had little to say about the recent American-Iranian rapprochement, said Stevens.

One possible response would be to lower oil prices, something that Saudi Arabia would be able to implement immediately - to the benefit of buyers on the international market.

"That would hurt both Iran and Iraq, both of which are in need of immediate income," said Stevens.

Islamist terror group ISIS has announced the formation of a transnational Islamic state stretching beyond Iraq's borders. But the different political leanings within the group could get in the way of realizing this goal. (01.07.2014)