The terror group currently controlling parts of northern Syria and Iraq, ISIS, has declared its leader to "caliph" of all Muslims, a reference to the medieval title that was abolished at the end of the Ottoman Empire. 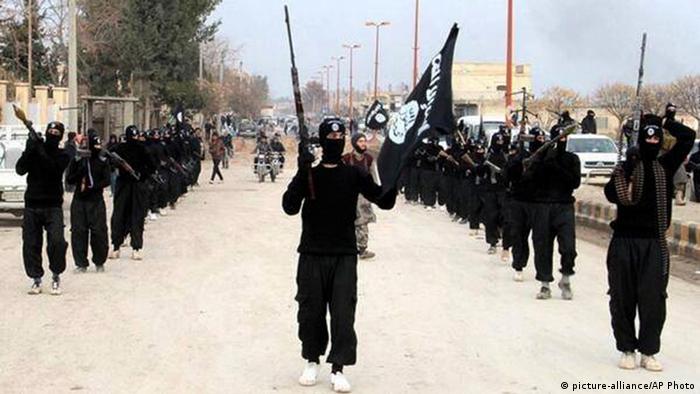 Abu Bakr al-Baghdadi is the leader of ISIS. According to information from Washington, he was born in Samarra in 1971 and joined the insurgency that erupted shortly after the 2003 US-led invasion of Iraq. US forces in 2005 believed that they had killed al-Baghdadi in a strike on the Iraq-Syria border, but that appears to have been incorrect.

ISIS has seized a large chunk of territory in northern and eastern Syria, and in northern and western Iraq, making particularly swift gains in Iraq in recent weeks. The government in Baghdad is currently trying to reclaim the oil-rich city of Tikrit by military force, while northern Iraq's most populous city, Mosul, is under ISIS control.

Caliph or caliphate was the title given to Muslim rulers since the death of the Prophet Muhammad until the end of the Ottoman Empire and the formation of the first Turkish Republic in 1924. Although the title was designed for a single caliph and caliphate state, the position was regularly contested throughout history among Sunni and Shiite Muslims, and sometimes along geographical lines as well.

ISIS advocates a return to a medieval-style Sunni caliphate for the Arab World. It called on Sunday for all factions worldwide to pledge allegiance to the self-declared "caliphate," a move some observers saw as a direct challenge to former allies al Qaeda.

ISIS fighters briefly allied with the Al-Nusra Front, al Qaeda's Syrian arm, in the Syrian civil war, but the two groups cut all ties in February.

Iraq's army sent tanks and armored vehicles to Tikrit on Sunday, in the second day of a military effort to reclaim the city from ISIS. An army spokesman said, in claims that could not be independently verified, that the military had reclaimed Tikrit's university and killed 70 "terrorists" in the city.

The government also purchased five Russian Sukhoi jets, delivered to Baghdad late on Saturday, with state television saying they "would be used in the coming days to strike ISIS terrorist groups."

Iraq's military has had to largely rely on helicopters so far as it has few aircraft that can fire advanced missiles. Deputy Prime Minister for Energy Hussain al-Shahristani on Sunday accused the US of not doing enough to bolster Iraq's military, saying on al-Hurra television that some arms deliveries arrived later than scheduled.

Politicians in Baghdad are also under pressure to establish a national unity government better able to combat ISIS; this process is tentatively scheduled to start on Tuesday.

"Faced with a national crisis, the political leaders of Iraq should put the interests of the country and its people before everything else," Special Representative of the UN Secretary-General for Iraq Nickolay Mladenov said in a statement on Sunday, amid reports that the 21-seat bloc of former Prime Minister Iyad Allawi, a secular Shiite, would skip the session.

There are tens of thousands of "children of IS”, whose families pledged allegiance to the self-proclaimed caliphate. They’re now stigmatized, and their existence is not legally recognized in "Post-IS” Iraq.