Isabel Allende's new novel tells the tale of refugees fleeing their country for Chile during the Spanish civil war. Set decades ago, the migrant story is nonetheless very timely today, Allende told DW in an interview. 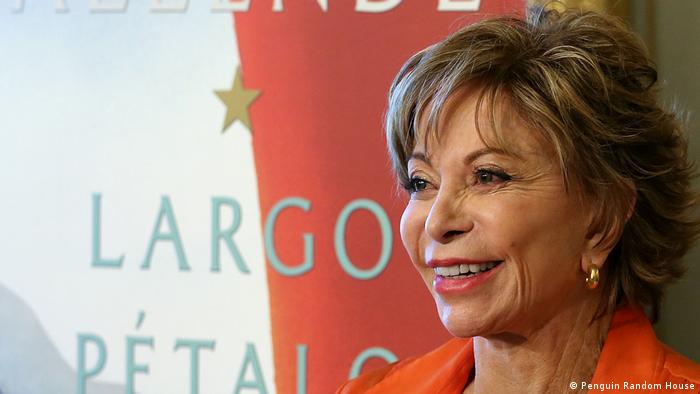 Chilean writer Isabel Allende has sold more than 74 million books in 42 languages worldwide. The past months have been filled with intense heartache and happiness alike: Her parents and her ex-husband passed away, but she also published her latest novel and got married just afew weeks ago. The English version of the novel, A Long Petal of the Sea, will be released in January 2020.

Migration shapes the lives of the protagonists of her new book as much as it has been a factor in here own life, she told DW: "I lived like a displaced person," she says of her childhood and youth as the daughter of a diplomat who went into exile in Venezuela after the military coup in Chile, before finally settling in the US. "It's good to be in a foreign environment when you write," she says. "It forces you to observe and listen to the world more attentively."

Allende was still a child when she first heard the story of the SS Winnipeg, a ship chartered in 1939 by the poet Pablo Neruda to bring more than 2,000 Spanish Republicans to Chile after the civil war in Spain. Her family was friends with immigrants who had traveled to Chile on what used to be a French cargo ship.

"I wasn't actually going to write about the Winnipeg," she says, but then, "issue of migration was in the air — even though refugees have always existed, now that they have reached the gates of Europe, they became news, even in the US, where the situation has worsened considerably with Donald Trump," Allende adds.

She doesn't plan these things ahead but they influence her, she says, and "are then reflected in the books." After the 2015 novel The Japanese Lover and In the Midst of Winter two years later, this is Allende's third book about displaced people. 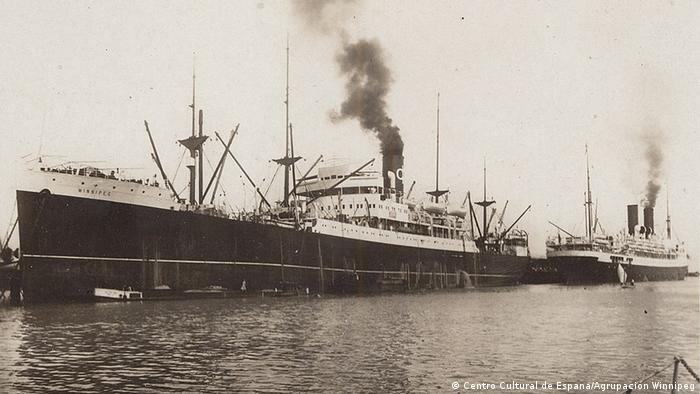 The SS Winnipeg brought more than 2,000 Spanish refugees to Chile

The author deplores the attitude of "populist governments that generate hatred and fear." In the United States, which was once founded by immigrants, there always were racial groups that were discriminated against — like the Latinos today, she says. "But as soon as people are assimilated, they contribute a lot to society and they're a treasure to the country."

The story of the Spanish refugees on board the Winnipeg proves her right, the author argues. They faced strong opposition from the Catholic Church and conservative members of society who feared the "Communist, anarchist, liberal and atheist" refugees — but they quickly integrated and became part of the country, says Isabel Allende. "Their contribution has been extraordinary."

"Sometimes I come across a story where I don't have to invent anything," Allende says, adding that was the case with her new novel. "Everything is there, I just have to investigate."

In her years of exile in Venezuela, many decades after the Winnipeg's Atlantic voyage, Allende met Victor Pey, who inspired one of the protagonists of the novel. The engineer and journalist was one of the Winnipeg refugees who became friends with Pablo Neruda and later with Chilean President Salvador Allende (to whom Isabel's father was a first cousin).

"He was from my parents' generation, a very withdrawn man, almost mysterious, but we became good friends, and he told me about his odyssey, from the civil war to him fleeing Chile after the military coup in 1973, which was his second escape," Allende says. The story of the main character in the novel is circular, just like Pey's life: "It seems like a deliberate literary trick, but it really happened."

Thousands of people fled Chile after the military coup, echoing what happened in Spain 40 years earlier, when there too a general rebelled against a leftist government elected by the people.

Pey died in October 2018 at the age of 103, just six days before Isabel Allende had planned to send him the manuscript dedicated to him. The release of A Long Petal of the Sea coincides with the 80th anniversary of the Winnipeg's arrival in Chile.

Largo petalo de mar, the novel's original title, is based on a line from a poem by Pablo Neruda, another key figure in the novel. Thanks to Neruda, based in Paris as Chile's special consul for Spanish immigrants at the time, the Spanish refugees were able to flee to Chile. "The work of Pablo Neruda has accompanied me on all my journeys," Allende says. "Most of my books were written in the United States, where I live and read in English; Neruda gives me the opportunity to 'awaken' the language and landscapes of Chile."

Commenting on accusations by feminist groups who allege Neruda was macho and violent, Allende says "the work cannot be judged by the private life of the creator." The literary work, she argues, becomes a heritage of humanity, and whoever created it could also be a failed human being, "just like the rest of us." 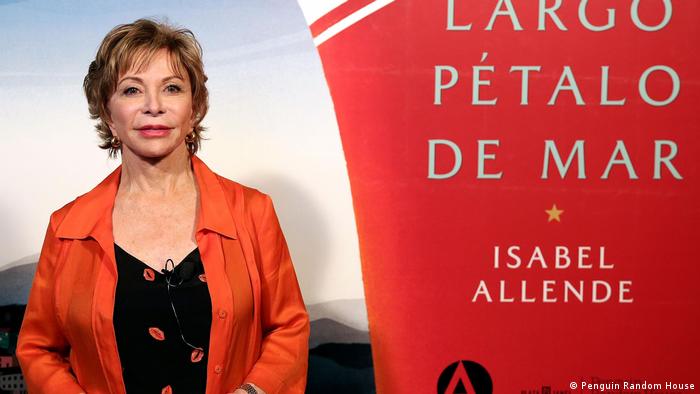 The title of Allende's new book, "Largo pétalo de mar," is from a poem by Pablo Neruda

In typical Allende style, the new novel features strong protagonists, including a female pianist who comes to Chile on a refugee ship and becomes dean of a music school. "I know so many courageous and capable women that I don't have any trouble writing about them," says Allende, who has also set up a foundation that provides financial support primarily to women and children in the Latino community in California.

The kind of successful integration the refugees from the Winnipeg managed in Chile also requires dismantling prejudices against migrants. "The point is to look them in the eye, listen to their story and open up to them,"according to Allende. "Why are people afraid of strangers? The problem is not solved by closing the borders or building a wall, but by improving the living conditions of the people in their home countries."

They escaped war and violence. But what comes afterwards? DW's multimedia feature shows how artists who had to flee have built a new life - in a culture and via a language they weren't familiar with at all. (26.12.2017)

Artists After the Escape: Chile's coup, dictatorship and the path to democracy