Artists After the Escape: Finding home in a foreign land | Culture | Arts, music and lifestyle reporting from Germany | DW | 26.12.2017

They escaped war and violence. But what comes afterwards? DW's multimedia feature shows how artists who had to flee have built a new life - in a culture and via a language they weren't familiar with at all. 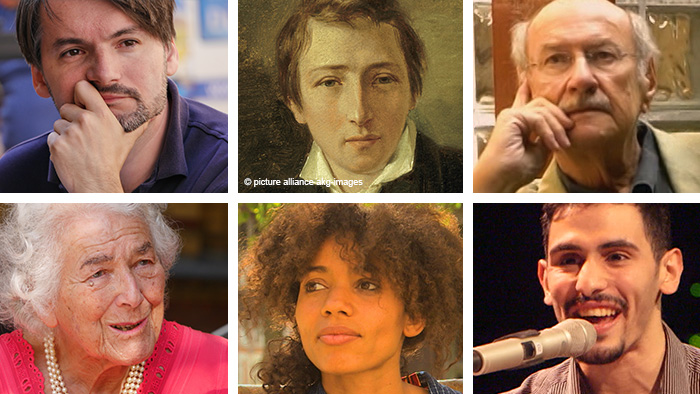 He survived the "Islamic State" (IS), hunger, as well as the bombs of the Syrian civil war. Despite his luck, Aeham Ahmad's piano concerts still resonate with melancholy and despair: He keeps wondering why he of all people survived — while so many others didn't.

He became famous as "the pianist amid the rubble," as he moved his piano through the bombed streets of the Yarmouk refugee camp in Damascus. It was the stronghold of snipers, and he knew that grenades could explode anywhere and anytime. Yet he played and sang to offer people hope. Videos of him doing so went viral on YouTube. 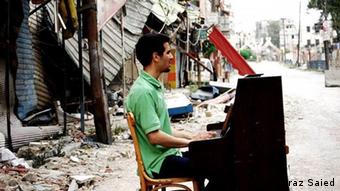 When IS militants set his piano aflame, he feared for the safety of his family and fled. He survived a treacherous boat-crossing of the Mediterranean Sea, and arrived in Germany in 2015.

How has he settled in Germany and dealt with his role in the spotlight, while knowing that his family and friends still fear for their lives in Syria? His responses are part of DW's online feature and television documentary.

Along with Ahmad's story, the DW feature also explores how  Saša Stanišić left his home country, fleeing the Bosnian War in 1992. 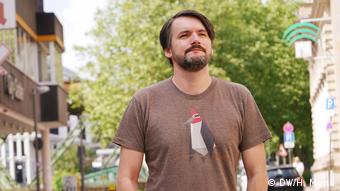 When he arrived in Germany, aged 14, he only knew two words in German: "Lothar Matthäus" — the German football champion.

Stanišić has meanwhile become a renowned author who writes in German. He even won the Leipzig Book Fair Prize for his book "Vor dem Fest" (Before the Feast).

When the Bosnian War ended, his parents had to leave Germany. His mother and father emigrated to Florida, but Stanišić was allowed to stay in Germany as a student.

Parents separated from their children after fleeing: this fate was also experienced by author Antonio Skarmeta.

After Augusto Pinochet's coup d'etat in Chile in 1973, supporters of the democratically elected President Salvador Allende were persecuted, tortured and killed. Antonio Skarmeta was no longer allowed to work as an author in his country. He fled Chile and lived in exile in West Germany. 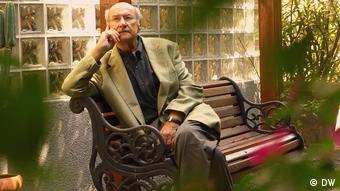 As an author, he had to completely change his style: References to Chilean locations and wordplays with the names of South American football players no longer worked. His life in exile became one of his main literary themes.

In his bestseller "Nixpassiert" (Nothing Happened), he depicts his sons' experiences. They were torn between two cultures — from their old world, their parents' homeland, and the new one, which had so much to offer yet further disconnected them from their roots.

In 1989, after the end of Pinochet's military dictatorship, Skarmeta returned to Chile. His sons, however, stayed in Berlin. Germany had become their new homeland.

When Hitler's troops began bombing London in 1940 during their blitzkrieg, Judith Kerr can clearly recall deciding right then that she had become British.

She was actually born in Germany and grew up in Grunewald, an upscale neighborhood in Berlin. Judith Kerr's father was the renowned theater critic and Hitler opponent Alfred Kerr. The Jewish family fled the Nazis when Judith was only nine. It was 1933 — and they escaped just a day before Hitler's seizure of power. 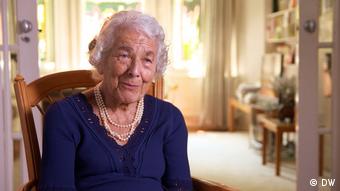 Some of Judith's childhood drawings found their way into the few suitcases the Kerrs could bring along with them. It was a stroke of luck, as Kerr would later become famous with her illustrations.

She depicted the impact of her family's flight in her trilogy of semi-autobiographical children's novels from the 1970s, "Out of Hitler Time." The first volume, "When Hitler Stole Pink Rabbit," is still part of the reading program in many schools.

Judith Kerr is meanwhile 94 years old and still lives in London, where she feels at home. 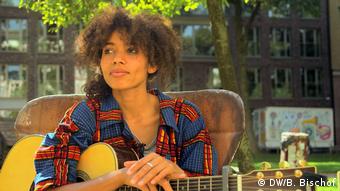 She fled the violence in her family in Nigeria as a teenager. The German-Nigerian developed her music career in Hamburg. Her first hit came in 2008, with "Heartbeat."

Nneka Egbuna's life is a journey and her suitcases are always packed. When she's not touring around the world for concerts, she lives alternately in Lagos, Hamburg and Paris. She describes "home" as a feeling.

The number of people affected by forced displacement has never been as high as it is now, according to the UN Refugee Agency. But fleeing persecution is not a new phenomenon.

In 1831, German poet Heinrich Heine left his country for France after facing censorship and hostilities. He nevertheless longed for his home country, as he once wrote: "Only those living in exile can know what the love of one's country really means." 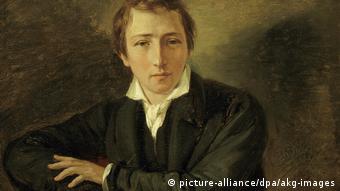 Since a warrant for his arrest had been issued in his homeland, he could never to return to live there; he died in Paris in 1856.

Flight led some artists to finding a new home, while others returned to their old one later on. All of them, however, have expressed their experiences through their art, books, films and music. Along the way, they not only changed their own perspective, but the ones of the people in the countries where they settled.

Discover the words used by Heinrich Heine to romanticize his homeland or listen to Aeham Ahmad sharing his music —  here, in DW's multimedia feature, "After the Escape."

You can watch the documentary "After the Escape — Finding Home in a Foreign Land" online at Youtube:

Or watch it below here:

Heinrich Heine fled Germany in 1831 and moved to France. DW's multimedia feature shows how Heine and other artists who had to flee built a new life — in a culture they weren't familiar with at all. (18.12.2017)