Predictions of an imminent demise of the Kim regime in Pyongyang have so far failed to come true. But are powerful sanctions taking their toll and leading to more defections and unrest in the North? Julian Ryall reports. 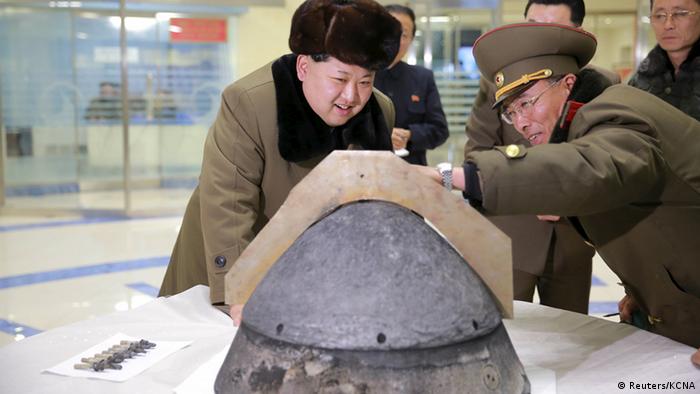 For decades, politicians, policy experts and analysts have been predicting the imminent implosion of the North Korean regime, either as a result of economic collapse, external pressures, or a military coup to replace the Kim family as hereditary heads of state. Some have even gone so far to suggest that internal pressures were close to the point at which a popular uprising might occur, similar to the one that deposed Romanian dictator Nicolae Ceaucescu in 1989.

Yet, successive members of the Kim clan have defied the crises and predictions to cling on to power.

Today, however, North Korea faces arguably the toughest test of "juche," its official political ideology of self-reliance that was dreamed up by Kim Il-sung, the first head of the nation and grandfather of present leader Kim Jong-un.

There are some who believe that Kim Jong-un - young and inexperienced in his role - has made too many mistakes since he inherited the nation in December 2011, and alienated too many of the people close to the regime that he should have looked to for support and advice. 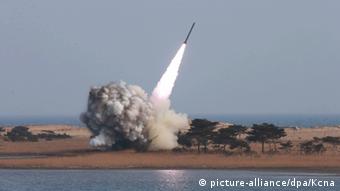 If international sanctions are to work, much will depend on China

Equally, his people are growing increasingly aware of life beyond North Korea's borders, thanks to mobile communications and movies from South Korea and the West that are smuggled into the country.

And in trying to be the "strong man" of northeast Asia, and demanding respect through tests of nuclear weapons and ballistic missiles, Kim has even forced former allies to reassess their relationships with Pyongyang.

On April 9, the South Korean government announced that 13 employees of a North Korean restaurant in China had defected to Seoul. Rah Jong-yil, a former head of South Korean intelligence, said 13 defectors might not appear significant, but he believes it is an indicator of things to come.

"This is a very revealing development and, I believe, shows us the state of the morale of people in Pyongyang," he told DW.

The North Korean state only permits its most trusted citizens to go abroad, where they are expected to earn hard currency, Rah said. If these people - the elite - are defecting, then the situation in Pyongyang is dire, he believes.

"In the past, North Korea has managed to keep everything from the outside world at arms' length, but because of the international sanctions, it has to send more workers abroad to earn money," he said. "So now they are seeing how other people live, they are watching television dramas about life in South Korea, and they are realizing that their government has lied to them.

"I believe we will see more defections of these elite members of North Korean society," he added.

Yet with sanctions imposed by the United Nations Security Council in March apparently biting, the communist country is running out of ways to make the money it needs to continue to develop weapons of mass destruction and to keep its leaders living in the luxury they have come to expect.

News reports from South Korea claim that a high-ranking North Korean spy has defected. But similar stories in the past have been discredited, and this one, coming days before an election, deserves scrutiny as well. (11.04.2016)

'Germany and China want stability in the Middle East'

All quiet on the Korean border

While tensions between North and South Korea rise to a fever pitch, it is life as usual for those living along the heavily militarized border. Fabian Kretschmer reports from the South Korean island of Ganghwa. (16.03.2016)

And there have been hints that Pyongyang is already feeling the pinch. Earlier this month, state media called on the international community to do away with the sanctions and return to discussions about security concerns in northeast Asia. More ominously, it has also called on the citizens to prepare for a new "arduous march."

The term was first coined by the North Korean leadership in 1993 as a metaphor for the four-year famine that decimated the nation from 1994. The famine - in which as many as 3.5 million of the nation's 22 million people died - was brought on by economic mismanagement, natural disasters, the collapse of the Soviet bloc, and the consequent loss of aid, combined with the regime's insistence on putting the military first.

If international sanctions are to work, much will depend on China, which has traditionally been North Korea's closest ally and has in the past been less-than-rigorous in ensuring that its borders are closed to items that have been banned by previous UN sanctions resolutions.

The signs this time, however, are encouraging. Earlier this month, Beijing indicated its own growing displeasure with Kim Jong-un's continued defiance of international efforts to convince him to halt nuclear and missile tests by announcing that it would ban all imports of coal, iron, iron ore, gold, titanium and rare earth minerals. Those lucrative exports account for the bulk of North Korea's overseas earnings, and losing them will put a sizeable dent in Pyongyang's income.

At the same time, China announced that it would halt exports of oil into the North, which will quickly limit the military's ability to operate.

"Everything depends on China and, to a certain extent Russia, but I do believe we are seeing the start of a crisis for the North Korean state," said Ken Kato, director of Human Rights in Asia, and a member of the International Coalition to Stop Crimes Against Humanity in North Korea.

"The defections tell me that there is a deep malaise in North Korean society that is only going to get worse as sanctions bite harder," he said. "That, in turn, will encourage more to defect and, thanks to technology, stay in touch with their friends and relatives they left behind." 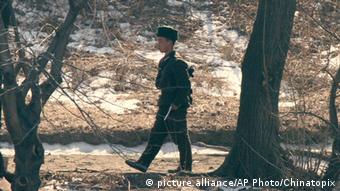 Ultimately, a vicious cycle of less money for the state, less money and food for the public and a consequent rise in defections will be impossible to sustain, Kato believes.

The biggest concern will inevitably be the reaction of China, analysts agree.

Beijing has no desire to deal with the cross-border humanitarian crisis that would result from a revolution or civil war breaking out in North Korea as a consequence of the regime collapsing. Equally, it would be unwilling to countenance a unified Korea led by South Korea and under the influence of the United States. The security ramifications for Beijing would be too serious.

"The decision on whether North Korea collapses or if there is some other form of regime change will depend on China," Toshimitsu Shigemura, a professor at Tokyo's Waseda University, told DW.

"Beijing does not want a sudden collapse, but it is not opposed to a change in the leadership in North Korea," he suggested.

"From my sources, I understand that there is a sense in North Korea of antipathy towards Kim Jong-un," Shigemura said.

"One day, the North will collapse," he added. "But whether that day is next week or in the next decade, I would not like to predict."