Report of North Korean defector raises eyebrows | Asia | An in-depth look at news from across the continent | DW | 11.04.2016

News reports from South Korea claim that a high-ranking North Korean spy has defected. But similar stories in the past have been discredited, and this one, coming days before an election, deserves scrutiny as well. 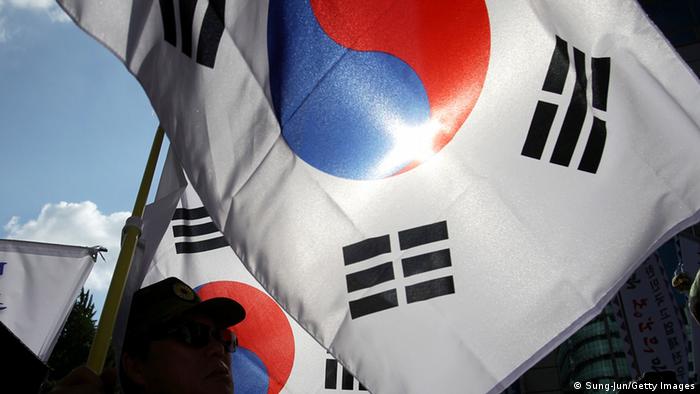 On Monday morning, the South Korean news agency Yonhap, close to the country's government, reported that a high-ranking official from North Korea's spy agency defected to the South. He was said to have been tasked with intelligence gathering missions in the south. And he was said to be the second-highest-ranking military officer to flee since Kim Jong Un assumed power. But who said this? Yonhap only cites an "anonymous source."

In June 2015, Yonhap also reported that a North Korean chemist had fled to Finland, where he was preparing to deliver an account to the European Parliament about secret human experiments being carried out in the communist country. After looking into the report, the Helsinki Times concluded weeks later that the information was false. The Yonhap reporter claimed to have been misled by an NGO seeking to discredit the regime in Pyongyang.

"The media in South Korea has very low standards of quality," says Jean Lee, who in 2012 opened the first bureau of The Associated Press in Pyongyang. Many reports are based only on anonymous sources, without any cross-checking. "I rarely allowed my colleagues to pick up South Korean media reports about North Korea," Lee told DW.

Just last Friday a similar headline caused a stir. Over a dozen employees of a North Korean restaurant in the Chinese city of Ningbo, south of Shanghai, had reportedly fled to Seoul. But the context of the announcement was again peculiar.

Ha-Young Choi, a journalist with North Korea-focused NK News, received a short message from the Ministry of Unification that Friday. "Press conferences are normally held on weekday mornings," Choi said. "Because of the unusual timing, I thought that it must be an emergency situation, such as another atomic weapons test."

The press conference only spoke about the refugees, raising eyebrows among the journalists in attendance. The Ministry of Unification usually keeps extremely quiet when it comes to defectors from North Korea. Newcomers are investigated for months by the secret service, which checks, for instance, for signs that they may be spies.

"Most of the time we don't even receive a comment from the ministry, on the grounds of protecting the family that remains in North Korea," Choi said.

Why then would the Ministry of Unification be holding a press conference in such haste, without the secret service even having started the official investigations? "The cynical answer is because South Korea has an election in two days," says Steven Borowiec, who reports from the Korean peninsula for the Los Angeles Times.

The ruling Saenuri Party, often referred to as the "North Wind," is known for this approach, and seeks to mobilize its voters by bringing focus to its key policy issues - security and North Korea. "It is pretty normal that something like this happens so shortly before the election," Choi said.