Liverpool's slide down the Premier League table after winning it last year has come as a surprise to many. But Jürgen Klopp's last season at Borussia Dortmund was also a struggle. Is it coincidence or is there a pattern? 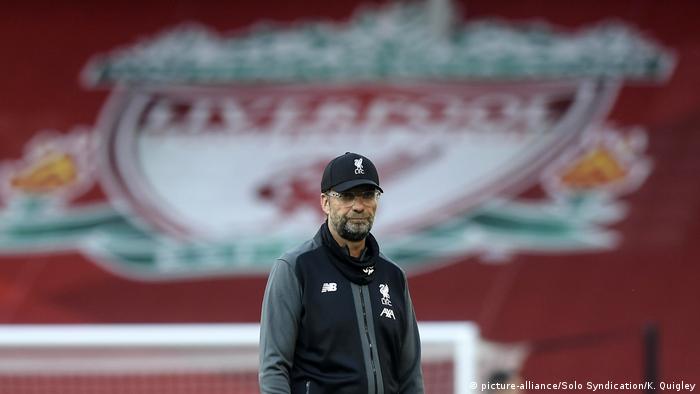 "In the moment it’s tough, it's tough," admitted Jürgen Klopp after Liverpool's defeat to Leicester on February 13. A week later, after a home loss to local rivals Everton that marked Liverpool's worst home run since 1923, the German coach admitted he didn't "see any relation to the last three years" that could explain such a dramatic and sudden loss of form.

But what about further back than that? Between 2010 and 2013, Borussia Dortmund won the Bundesliga twice, the German Cup once and reached the Champions League final, a similar run of success to the one Liverpool has enjoyed over the past two seasons.

These successes both came after the former Mainz boss had put in several years of groundwork, coaching players and ensuring they invested fully in his hard-pressing, full-throttle style. There has been some suggestion that the demands Klopp places on his players may be difficult to sustain, particularly when the tide turns. But the man who wrote his biography at Dortmund disagrees.

"Of course, Klopp's style of football demands a lot from the players, but he was very successful with it for several years at both Dortmund and Liverpool," Elmar Neveling, author of Jürgen Klopp: Echte Liebe (True Love), told DW. "Seven years at Dortmund, now five and a half years at Liverpool — what other coach can boast such long tenures today? As long as Klopp can make personnel changes, the intensity can be sustained over a longer period of time."

While being able to rotate players is useful for any coach, a number of injuries to key men is never easy to cope with. Liverpool has been undone by long-term injuries to central defenders Virgil van Dijk and Joe Gomez, as well as a string of more minor complaints. Neveling also points to difficulty in recovering full fitness after injuries as another reason for the malaise that saw Dortmund slide to second-from-bottom of the Bundesliga at the winter break in 2014-15.

Neven Subotic, a key defensive component in that Dortmund side, admitted that some complacency had also crept in. 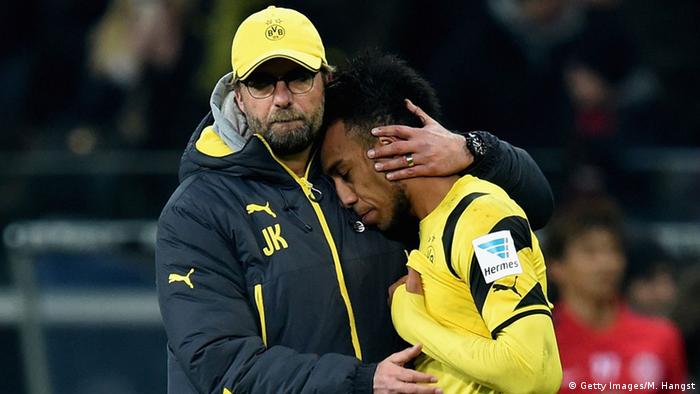 "When you get the feeling as a player that you've already achieved something, that you have a bit of experience, you suddenly don't want to say 'yes' to everything anymore," he told The Athletic on the issue of declining intensity.

Dortmund also experienced a different kind of loss that year with the departure of Robert Lewandowski to Bayern Munich on a free ahead of the new season, a hammer blow that came just a year after Mario Götze trod a similar path.

Similarities aside, there are also some critical factors over which Klopp has no control. Like every side in world football, Liverpool has had to contend with the coronavirus pandemic. And while Mo Salah, Sadio Mane and Trent Alexander-Arnold have all been laid low by the virus, it is perhaps off the pitch where the impact is most keenly felt.

"Without doubt the team have missed the fans, especially at home," Joe Blott, a regular at Anfield since 1972 and chair of the Liverpool Supporters Union, Spirit of Shankly, told DW. "The team's energy levels have understandably dropped given last season's exceptional performances but the crowd aren't there just when they need us most.

"So often the fans are the 12th man and it is devastating we are not there to show support and lift the team. As Bill Shankly said, there is a holy trinity between the team, the manager and the fans at Liverpool and unfortunately a part of that trinity is not available." 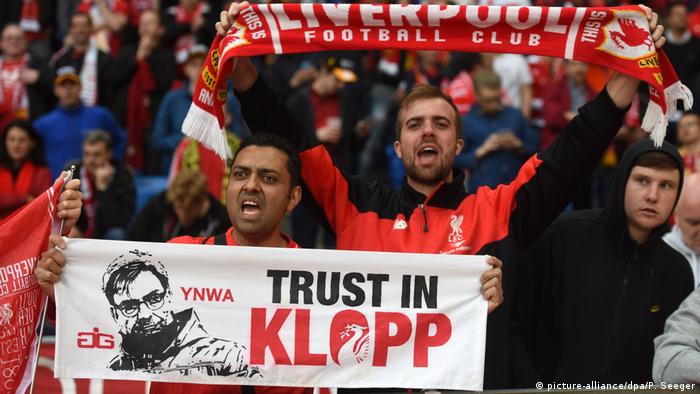 Klopp's style leans heavily on emotion and affection, one of the reasons he's so highly regarded in Dortmund and Liverpool — not just as a coach, but as a man.

"He totally gets the Scouse mentality and has immersed himself into that," added Blott. "He is totally believable in his actions and has truth in his wisdom."

Though he still has the backing of the fans, the Reds' loss in the Merseyside derby hit hard. While Klopp has been reluctant to criticize his players too heavily, the demands of a congested season do appear to be taking their toll on a side that has one of the oldest average ages for a starting XI in Premier League history, at 28.9.

But those who knew Klopp at Dortmund believe his insistence that he can turn things around is rooted in reality and experience.

"Klopp will stay true to his style and try to strengthen his team through many one-on-one meetings," said Neveling. "He loves challenges and will see this situation as just such a challenge and fight to still lead Liverpool into the Champions League. He will be even more focused, but also more irritable in interviews." 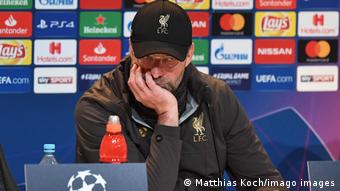 Klopp may change his media approach in adversity

Subotic knows Klopp's determined and prickly side only too well.

"If it was necessary, Klopp upped the volume. He shook us up a bit, to wake us up," he said "Not by saying: 'You have to play something different, boys, it'll be tough.' No, he went up to a player and slapped him across the face. You think: 'Oh, he might slap him back.'"

Unusual training methods aside, there is some sense that Liverpool's opponents have caught on to Klopp's tactical approach. The champions rely heavily on Salah, Mane and, to a lesser degree, Roberto Firmino for goals and their fullbacks for creativity but all have suffered dips in form over the season.

The same was true for some of Dortmund's bigger names back in 2014-15, while at the same time Neveling suggests that "every opponent is highly motivated to beat the favorite." Furthermore, the big signings for each club have also failed to improve a winning team. At Dortmund, Ciro Immobile endured a torrid time as Lewandowski's replacement while Thiago Alcantara, bought in from Bayern Munich to pick the locks of stubborn defenses and add a creative spark to a workmanlike Liverpool midfield, has picked up injuries and not quite adapted to his new surroundings.

While Klopp has openly accepted retaining the Premier League is already impossible, Liverpool have one foot in the Champions League quarterfinals after a 2-0 first leg away win over RB Leipzig. And, just as Klopp pulled Dortmund out of the doldrums in to a seventh-place finish and the German Cup final back in 2014-15, there is still time for Liverpool to salvage something from their season.

There is little talk of the German's tenure on Merseyside ending soon, and the parting of ways in Dortmund is one that the German club have never quite moved on from. BVB's hierarchy are often misty-eyed when discussing the Klopp years.

While Neveling doesn't think Klopp's Liverpool years will be ending imminently, he does suggest his subject may want a change of scene at the end of his contract.

"By 2024 at the latest, Klopp will take over as Germany's national team coach," he said.

Before that though, it seems he still has some unfinished business in England.

Champions League: Ilkay Gündogan back in Germany reborn as a goalscorer

Since his emergence as part of Jürgen Klopp's Borussia Dortmund side, Ilkay Gündogan has been regarded as a fine playmaker. But at 30, he's been reborn as a goalscorer for Manchester City, who play Gladbach on Wednesday.