Liverpool's Mohamed Salah and Sadio Mane punished RB Leipzig for two costly errors to take control of their Champions League last 16 tie. The sides meet again at Anfield on March 10, but Leipzig have a mountain to climb. 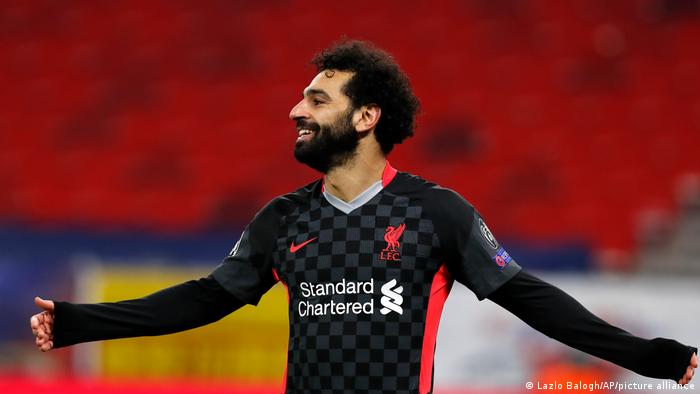 Two mistakes, two goals. That's all it takes, and for all the promise of this RB Leipzig team and their otherwise respectable display in Budapest, their Champions League hopes are now hanging by a thread.

A lapse in concentration by the usually dependable Leipzig captain Marcel Sabitzer let in Mohamed Salah for the opener, and with Leipzig still in disarray, a failed clearance by Nordi Mukiele let in Sadio Mane for another breakaway goal a few minutes later. Two ice cold finishes by two of the best in the business, and just like that, Leipzig's dreams had been dashed.

Leipzig created chances, but with the exception of Dani Olmo's stooping header that came back off the inside of the post after five minutes, Leipzig's threat lacked the callous attacking quality of their opponents.

On a night when Christopher Nkunku struggled to have an impact, Angelino and Olmo spurned Leipzig's openings when they came. The longer the night went on, the less likely the Bundesliga side looked liked scoring. And in a season when they've mustered 16 goals fewer than at the same point last season, Leipzig's lack of a dependable goalscorer was again exposed by quality opposition.

Leipzig coach Julian Nagelsmann, who had rejected the notion that Liverpool went into the game in any kind of crisis, spent most of the night cursing his team’s performance from the technical area. But as he explained post-game, it was his team's missed chances that really got to him.

""The disappointment is huge," Nagelsmann told broadcaster DAZN. "To start the second half with two such individual mistakes is very annoying. For long stretches we played a decent game.

"Of course we made two blatant mistakes, which will be punished at this level. But I think it's worse that we don't convert the chances. That's what we have to blame ourselves for. I don't think we were two goals worse." 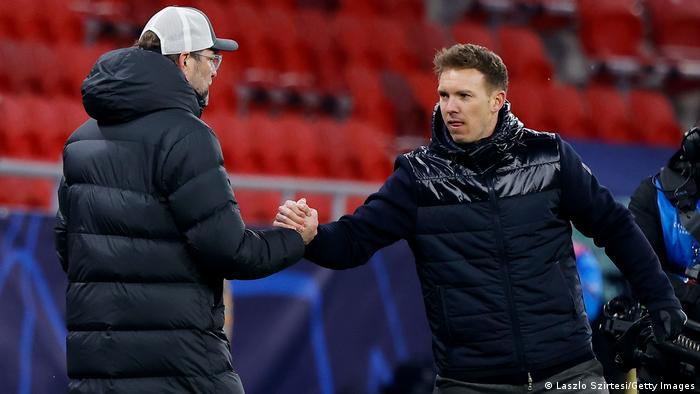 This was the third meeting between Jürgen Klopp and Julian Nagelsmann. Klopp has won all three.

'We know this isn't over'

With the Premier League title having been conceded by their coach Jürgen Klopp last weekend, the success of Liverpool’s season rests on the Champions League.

Liverpool didn’t play like a team that had lost their previous three games, conceded seven in the previous two. Instead, they pressured Leipzig into the kinds of defensive errors they don't usually make and Klopp's men flooded forward in numbers whenever they could. It was to some extent at least, a lesson for the young pretender Nagelsmann — but Klopp knows the job isn't done.

"We were good today, and probably better than many thought," Klopp said. "We forced them to make the mistakes. The second one was unfortunate, but that's a difficult ball for Mukiele. And the first one we pressed great. I liked a lot of things. We know that this thing is not over yet. It's not like we're stupid."