In the past decade, stand-up comedy has become hugely popular in India. At the same time, comedians have come under fire for taking political swipes at the authorities. Murali Krishnan reports from New Delhi. 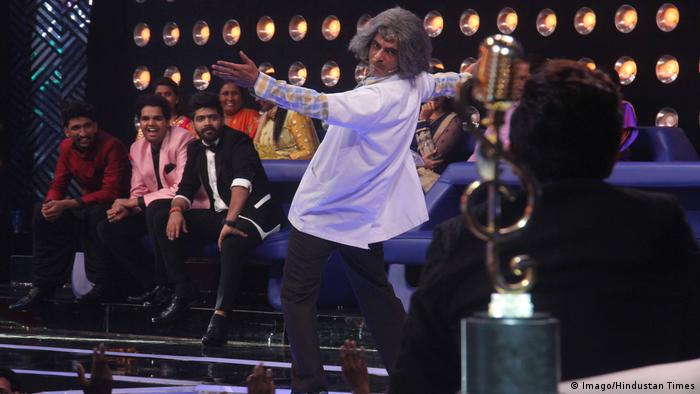 Kunal Kamra, one of India's most well-known comedians, discovered recently that his show at a university in the western city of Baroda had been cancelled for being "anti-national." Apparently, the vice chancellor of the university had received a complaint from former university students that Kamra intended to "ideologically pollute the minds of the youth" ahead of 2019 general election.

In October last year, comedian Shyam Rangeela, who was participating in a TV comedy show, was told by the channel's authorities that his PM Narendra Modi mimicry wouldn't be aired.

Political humor is generally not taken lightly in India, especially by supporters of political parties and state authorities. Since Prime Minister Narendra Modi came to power in 2014, a milieu of political intolerance has taken the center stage in the South Asian country.

Modi heads the Hindu nationalist Bharatiya Janata Party (BJP), which allegedly believes in the supremacy of Hindus in India. The BJP, however, has many Muslim, Sikh and Christian supporters too. But in the past few years, the vigilantism of BJP activists has made headlines, increasing pressure on PM Modi to rein in these elements.

"Getting the [political] message across through humor is not easy, but in times like these it becomes important," Sanjay Rajoura, a comedian, told DW.

Rajoura is part of a comedians' band "Aisi Taisi Democracy" (Democracy Be Damned).

"We take up issues like police bullying, religious intolerance and dysfunctional democracy in a funny manner," Rahul Ram from Rajoura's band, told DW.

Formed in 2015, the group has so far staged some 50 shows across the country. On one occasion, their show in the northern city of Allahabad was disrupted by political activists.

"We are adapting British comedy 'Yes Minister' in Hindi. We hope the audience will like this 10-show performance," Tanmay Bhat, co-founder of AIB, told DW.

But many comedians are of the view that Indians are not ready for political satire. Unlike the West, which has a long-standing tradition of political comedy and satire against heads of the state, politicians and other celebrities, Indian comedians are still struggling for a wider acceptance.

"I think Indians don't take humor as humor and get easily offended; especially if it is about sex or religion. But I must say that the situation is gradually improving," Manish Chaudhary, an artist, told DW.

Stand-up comedy in India owes its popularity to a television talent show, "The Great Indian Laughter Challenge," which was first aired in 2005. Since then, the comedy shows have become a regular feature on TV channels, with many comedians, both male and female, presenting their own shows on TV.

But it is stand-up comedians that have more liberty to take a swipe at the government and politicians.

"Comedy is a good medium to discuss issues like gender and sexuality in a lighter tone, and to send the message across to the powers that be. It all depends on the way you convey it," Pramada Menon, a queer-feminist activist and a stand-up artist, told DW.

Media commentator Sidharth Bhatia is hopeful that despite opposition from a section of society and political groups "comedians in India are emerging as a powerful oppositional voice."