A number of Indian authors have returned their literary awards to protest against rising religious intolerance in the country. Are PM Modi's politics emboldening the hardliners? Murali Krishnan reports from New Delhi. 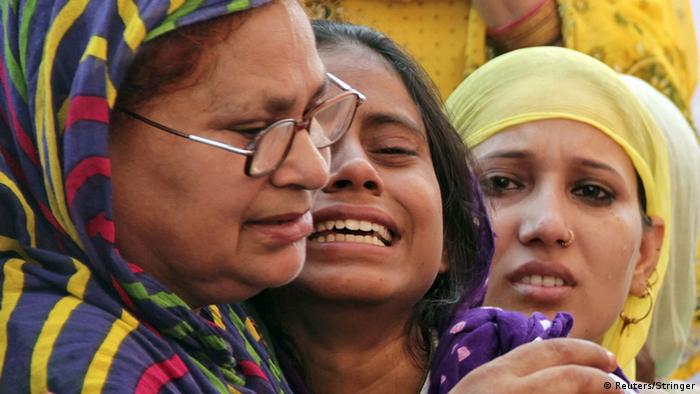 Right-wing groups have been accused of murdering writer M. M. Kalburgi and secular activists such as Narendra Dabholkar and Govind Pansare in the past months.

As a result, several renowned Indian writers have relinquished their awards and some have quit their governmental jobs in the past weeks to protest against what they view as growing communal intolerance in the South Asian country.

As of Monday, a total of 23 writers had given back awards from the Sahitya Akademi (the National Academy of Letters), according to local media. The acclaimed writers and poets allege that Prime Minister Narendra Modi's government is not doing anything to bring the perpetrators of hate crimes to justice.

The authors' protest comes at a time when members of the Hindu nationalist party, Shiv Sena, doused a political activist in black ink in Mumbai to register their anger against the launch of a book by former Pakistani foreign minister, Khurshid Mahmud Kasuri, on Monday, October 12.

Earlier, the Shiv Sena, which is a junior coalition partner of the ruling Bharatiya Janata Party (BJP) in the western state of Maharashtra, forced the cancellation of a concert by Pakistani singer Ghulam Ali, who was in Mumbai to pay tribute to legendary singer Jagjit Singh on his fourth death anniversary. 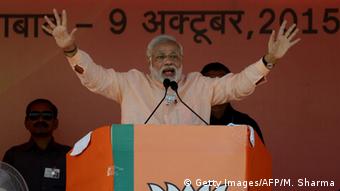 "The country is going through very difficult times. I feel it is worse than the black days of the emergency rule in the 1970s," said author Sara Joseph.

Nayantara Sahgal, a renowned author and niece of India's first Prime Minister Jawaharlal Nehru, was the first to return her Sahitya Akademi award. She said she was concerned about "India's culture of diversity," which she believed was under threat.

"In memory of the Indians who have been murdered, in support of all Indians who uphold the right to dissent, and of all dissenters who now live in fear and uncertainty, I am returning my Sahitya Akademi award," she said last week.

Mohammed Akhlaq, a 50-year-old Muslim man from the northern Indian state of Uttar Pradesh, was lynched last month over rumors that he and his son had stored and ate beef. Cows are considered sacred animals by the majority Hindus in the country, and the government has banned the slaughtering of cows and the consumption of beef in several states.

There have been several similar incidents in recent days, leading many to believe that the extremist Hindu groups are becoming stronger in India. Since Prime Minister Modi's victory in general elections last year, the fanatic groups that had once very little say in Indian society, have become emboldened. Forced conversions of Muslims and Christians to Hinduism have also been on the rise.

"First, a campaign was launched to convert religious minorities to Hinduism. The right-wing groups called it 'home-coming.' Now, they are demanding bans on certain books and beef eating. Those who don't listen to these groups are being targeted every now and then," Rakesh Batabyal, an associate professor at the Centre for Media Studies in New Delhi, told DW.

Opinion: Is India turning into 'BAN-istan?'

A temporary ban on beef and meat has infuriated many Indians already reeling under increasingly intrusive actions by the government. DW's Sanjiv Burman looks at what is behind India's obsession with bans. (18.09.2015)

India has much to gain by taking up Pakistan’s specific proposals on Kashmir and demanding commitments for them to ease tensions between the two nuclear powers in the disputed region, says Shivam Vij. (01.10.2015)

A recent Bollywood movie starring Salman Khan emphasizes the need for good relations between the South Asian neighbors. The face of cinema is changing, but can it pave the way for a lasting Indo-Pakistani friendship? (13.08.2015)

Asaduddin Owaisi, president of the Islamic organization All India Majlis-e-Ittehadul Muslimeen, said in this regard: "Muslims feel under siege in today's India."

"I have decided to return the award. The minorities in the country are feeling unsafe and threatened. They feel their future is bleak," Khayal said.

The author was particularly disturbed after state lawmakers from the ruling BJP attacked an independent Muslim politician in Kashmir because he served beef in a private party.

Indian culture minister Mahesh Sharma, however, feels the writers are returning their awards in haste.

"The writers should have written to the state or central governments if they were so concerned about the situation," said Sharma.

But neutral observers are of the view that the cycle of hate-mongering by Hindu groups has now been occurring regularly and with premeditated motives.