Iraq is a wonderland for used car parts from the West. Cars that get written off after an accident get a second life there. It's a money machine, involving billions every year. Judit Neurink reports from Irbil. 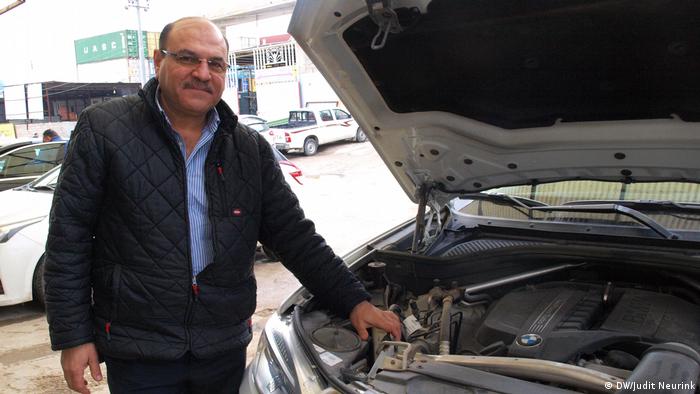 "It's a money-making machine," says garage owner Karhi Bakr, 59, about the import of secondhand car parts into the Kurdistan capital of Irbil.

Containers full of parts from cars written off after accidents in the West continue to pour into the city, which has become a major hub for the trade. Some of the 200 or so Kurdish traders involved have become very rich, Bakr says. "Their profits are enormous. If I had a partner willing to invest, I would also go to Europe to collect used parts."

For now, Bakr only uses parts that others have imported to repair German cars in his small garage in Irbil's "Car Quarter." During his 17 years in Denmark, he specialized in Mercedes repairs. Here in Irbil, most of his customers ask for secondhand parts. Only those who can't afford genuine parts will buy the cheap, poor-quality Chinese copies. "Secondhand is usually as good as new but goes for half the price. Chinese parts sell for around a quarter the price of new ones."

Iraqis love cars, and anyone who can afford it has at least one; indeed, many families have two lined up in the yard. But regular maintenance is not yet the norm in Iraq, and most car owners are not keen to spend a lot of money on repairs. That's why relatively cheap but good secondhand parts are so popular.

Just about every type of car part can be found in the secondhand car dealers in the quarter. "Engine, transmission, AC-compressor, ABS-parts, radiator, the front suspension system because our roads are so bad, but also bumpers, doors and hoods," says Bakr.

'Better than the Chinese parts'

The parts come in by container and truck, but quality control is non-existent at the borders, Bakr says. "There is no knowledge there." They only check to make sure complete cars aren't smuggled in with the parts, as that is prohibited for cars older than a year. That's why he can never predict how long a part will last, "though it is certain they will always be better than the Chinese parts." 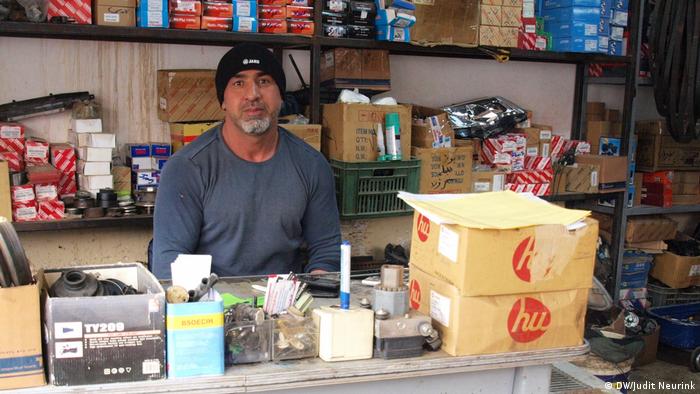 The car parts business in Irbil is booming for Umed Abdelaziz

All these parts are for sale in the shabby-looking little shop around the corner where Umed Abdelaziz works. He mainly sells parts for Toyota, one of the most popular brands in Iraq. Once or twice a year, he goes to Dubai to buy parts from used cars sent there from the US and Canada. "We choose the parts there when they are still on the cars, which they then dismantle for us," he says. He also sells Chinese copies, but most of the customers in the shop this morning seem to be interested in the availability and prices for secondhand parts. "The quality is so much better."

"If we find that the whole car is good, we ask them to cut it in two behind the front wheels, so we can bring it all in and dismantle it here."

The parts enter Iraq via two main routes: from Dubai via the Iranian port of Bandar Abbas and Iraqi Kurdistan, and through Turkey. Customs make the European cars that enter via the Turkish route more expensive.

Abdelaziz is only a small trader, and there are many like him. "Three-quarters of the trade is in the hands of a couple of big fish who bring in containers full of the stuff," he says. "We all buy from them."

Omar Said Ahmed is one such big fish, although you would not think it when you visit his unimpressive-looking office in the Car Quarter. He is just finishing his noon prayers, and puts his prayer mat away in a cupboard while offering coffee. "What's the chance your new Mercedes that was written off after an accident has ended up here in parts?" Said says smiling. "I'd say almost 100 percent!"

The volume of the trade is at least $4 billion (€3.5 billion) per year, he says. And Irbil has become the main hub from which parts are sold on to Baghdad, Mosul and Basra. The amount is only an estimate, as virtually all sales in Iraq are still conducted in cash.

Every month, Said brings in two containers of secondhand car parts with an average value of $1 million. His profit on each container is around $30,000, he says. Before the war with the "Islamic State" (IS) group, which affected the Iraqi economy badly, he would sometimes bring in six containers in a month. Yet the warehouse beneath his office is almost empty. "I sell all of it almost immediately," he explains. "Sometimes the load goes straight on to Baghdad." 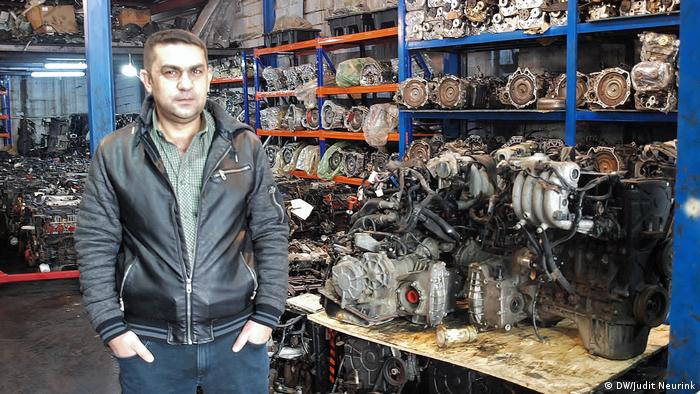 Said prides himself on offering the "cleanest" parts in town, meaning parts that are mostly undamaged. He gets them from the US and Canada now, after bad experiences with the European route. The high profits and the lack of government control have lured many would-be dealers and not everyone is honest. "When I imported parts from Europe, I found I couldn't trust the traders. They would send me engines without the electronics, which makes them worthless. And the people who cheated me were always Kurds."

He concedes that his main route is the slower one. From Europe, a container will reach him in Irbil in 20 days, while the trip from the US takes at least a month and a half. But in the US, he has found a trustworthy partner in an Armenian Muslim. "We have never actually met, but he sometimes has $2-3 million of my money in his hands. I can trust him completely."

He is not only a businessman; he also loves cars himself. And as he is always looking for new markets, he is now taking an interest in parts for classic cars. Because of the strict border rules, older cars can no longer cross into Iraq, but Iraqi collectors still find a way. And now they need parts.

"Mazda, Opel, BMW, 1988 to 1992… perhaps you know a European company that would work with me?" he asks. He hands over his business card and repeats the request, stressing once again how profitable the business is.