After assassination attempt, what next for Iraq?

After losing in the latest federal election, supporters of some Iraqi political parties have resorted to riots and even likely drone attacks to avoid being sidelined. Could the situation escalate? 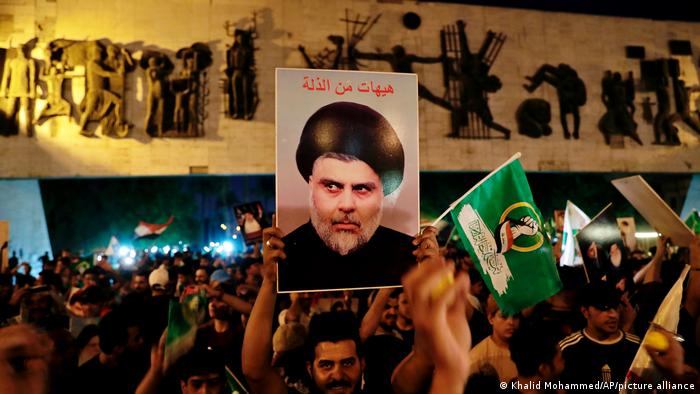 Early Sunday morning, a booby-trapped drone exploded very near the Baghdad residence of Iraq's prime minister, Mustafa al-Kadhimi. A car outside the residence was badly damaged and doors and windows blown out, as seen on footage posted by Washington Post reporter Mustafa Salim on Twitter.

Al-Kadhimi himself appeared to have been only slightly hurt. Shortly afterwards, he appeared on television with what seemed to be a bandaged wrist, calling for calm.

A few hours later, the country's president, Barham Salih, suggested on social media that the assassination attempt could lead to a coup and political chaos in Iraq.

But most Iraq analysts and observers don't believe it will come to that.

"It is very serious and it crosses a line," Fanar Haddad, a former adviser to the Iraqi prime minister, told DW. "This is likely the first time we've seen an assassination attempt like this. Having said that, I don't expect the spiral of violence to escalate."

The prime minister's reaction has been measured and even those suspected of being part of the drone attack "seem to grasp that this might be an unacceptable kind of transgression," Haddad said. So far, nobody has claimed responsibility for the attack.

The drone attack was actually an attempt to force through a deal on government formation, explained Sajad Jiyad, an analyst based in Iraq and fellow with the Century Foundation think tank.

"It isn't unusual and it's part of the [political] game in Iraq," Jiyad noted. In fact, he said, there was worse unrest after the 2018 election, when, among other incidents, a Baghdad warehouse full of ballot boxes was set alight.

The circumstances leading to Sunday's drone attack on the heavily fortified Green Zone in Baghdad, also home to foreign embassies, date back to mid-October.

Iraqis voted in a federal election on October 10 and the outcome saw Fatah, a political alliance associated with paramilitary groups known as the Popular Mobilization Forces (PMF), lose a lot of support.

The PMF include militias first formed in 2014 by locals who volunteered to fight the extremist group known as the "Islamic State." They were seen as heroes by many Iraqis. Since then, they have become a semiofficial fighting force and now receive salaries from the state.

But they have also become less popular, due to sometimes lawless behavior and also because many PMF fighters now pledge loyalty to religious and military leadership in neighboring Iran, which has provided them with financial, logistical and even spiritual support.

Their growing unpopularity was reflected in October's election. Instead politicians belonging to a group that supports a local Shiite cleric, Muqtada al-Sadr, won most seats in parliament.

As a result, the PMF called upon members to protest the election results, staging a sit-in outside the Green Zone. In an October 22 statement on a messaging channel, the PMF said the election had been rigged and demanded recounts and other changes.

Their calls came despite the fact that the Iraqi election was generally seen as a success. In their message, the PMF said if the country's electoral authorities did not amend the results within 72 hours, "our protests and sit-ins will take another approach."

Iraq's election commission, responsible for monitoring the vote, said it had rejected over 1,400 complaints about electoral fraud but would order manual recounts in some locations. Results have yet to be officially ratified, but November 5 was the last day for consideration of appeals, the commission announced on its website. 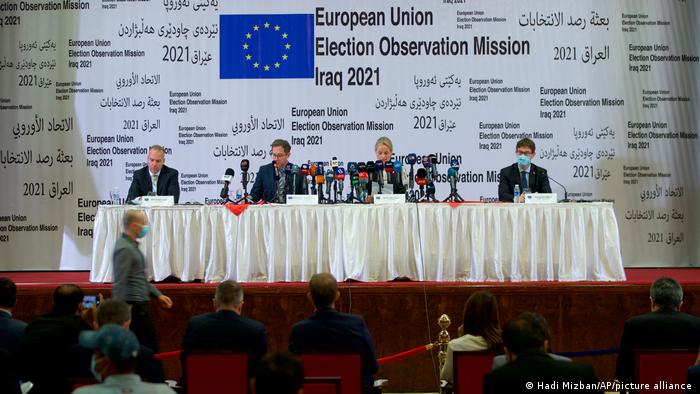 On November 6, the PMF's "new approach" saw sit-in protesters storm the Green Zone. They were pushed back by the military, an effort resulting in two protester deaths. The riot was followed by the drone attack on the prime minister's residence later that night.

"They [the PMF] believe their survival is on the line," said Iraqi analyst Jiyad, explaining why the group was going to such lengths. "The public's mood has changed, they've lost seats and over the past 18 months, some of their commanders have been arrested. Al-Sadr has signaled he may go after them too. All this points to a group under a lot of pressure."

Since the 2003 US invasion of Iraq, the country's coalition governments have been formed by carefully parceling out positions to representatives of the largest demographic groups in Iraq. So, for example, the prime minister is always a Shiite Muslim, the speaker of parliament always a Sunni Muslim and the president, Kurdish.

While election results do matter, this system — initially established to prevent conflict between the different groups — also undermines the democratic process. In reality, it means there's never been any real political opposition in parliament because everyone is part of a broad-based consensus government and all actors get their share of power, influence and state funding. 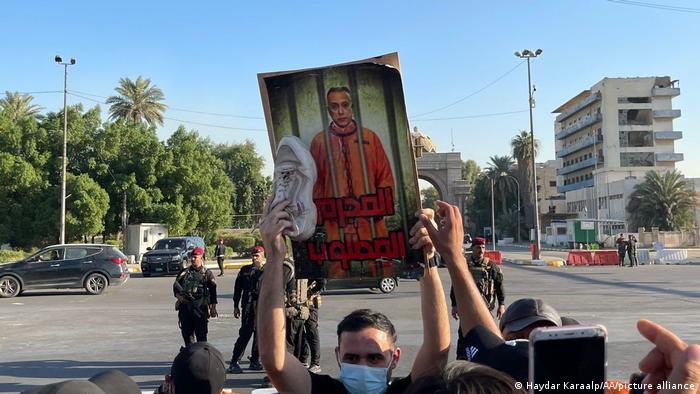 In Baghdad, demonstrators have alleged that the October election was rigged

October's election results suggest the Fatah Alliance is in danger of being sidelined. The protests, riots — and now likely the drone attack — are methods they appear to be using in an attempt to circumvent the legitimate outcome of the ballot.

Still, civil war or fighting on a larger scale remains unlikely, according to the analysts. "These groups [the PMF] are not capable of overrunning the state," said UK-based analyst Haddad, the author of a book on sectarianism. Other players, such as the Iraqi army and even other militias, such as those loyal to the cleric al-Sadr himself, are bigger and better equipped.

"They're not trying to overrun the state the way insurgents do," he said. "They want to retain and expand their share of power and resources in the Iraqi state and they do not want that to be dictated by poor electoral performance."

The next steps will involve more negotiation on government positions and payrolls as well as finding a way to help the PMF "climb down" from their accusations of electoral fraud, analysts have agreed. A meeting in Baghdad on Monday between current and former prime ministers, the head of the Iraqi judiciary, Iraq's president and militia leaders likely headed in that direction.

"I am not going to downplay [the drone attack] but Iraq's political power-sharing system tends to be resilient, for better or worse," said Omar al-Nidawi, an analyst and Washington-based project manager at the Enabling Peace in Iraq Center.

"Over and over again we have seen political actors, who were once at each other's throats, come together. A system of politically sanctioned corruption is what keeps Iraqi political alliances together because everyone loses if the ship sinks." Security around Baghdad's Green Zone was tightened after the drone attack

This episode may be yet another example of the slow pace of the country's stumble toward genuine democratic political representation. Even as the PMF groups were attempting to subvert the ballot, Iraqis were celebrating the election of around 40 independent candidates, some of whom come out of the country's young anti-government protest movement.

The newly elected cadre insist they won't take part in the traditional consensus government, said Haddad. "If they hold true to that, this will set a major precedent. Iraq has not had a parliamentary opposition since 2003," he said. Despite the PMF's machinations, this equals "a major step forward," he said.