He has been called an anti-American militant, a cross-sectarian reformer and a new hope for Iraq. From waging war against US troops to winning big at elections, DW explores the evolution of Muqtada al-Sadr. 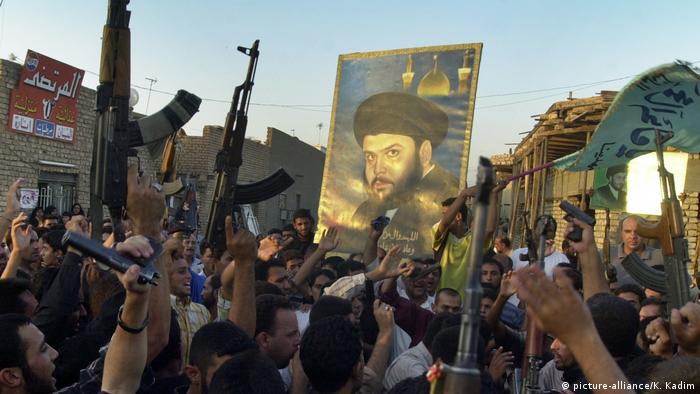 In a surprise result, prominent Shiite cleric Muqtada al-Sadr's bloc was set to gain the most votes in Iraq's divisive parliamentary elections, according to results published on Monday.

Unifying Shiite Islamists and irreligious communists under a reformist banner, al-Sadr's victory at the polls marked the culmination of years of work targeting corruption and government mismanagement.

But al-Sadr built his name on everything but mainstream politics. While his political movement has transgressed sectarian lines in exchange for a nationalist platform, the Shiite cleric has a deep history of stoking those divides.

No one person has come to signify Iraq's post-invasion insurgency against US occupation like al-Sadr. In June 2003, he formed the notorious Mahdi Army as a way to fight and one day expel occupying forces.

"Sadr made it clear with his rhetoric and style that he was first and foremost an Iraqi nationalist, not beholden to foreign powers, whether Iran, the United States or another country," said Thanassis Cambanis of the Century Foundation think tank last week.

"As a result, and especially in the early years following the invasion, Sadr was one of the few militia commanders who enjoyed at least some grudging respect across sectarian lines." 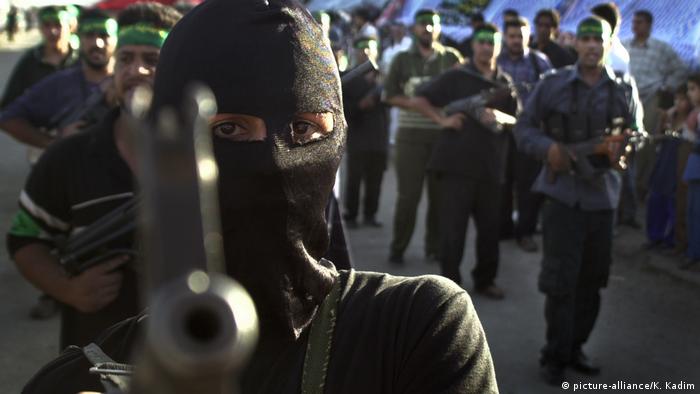 But the young Shiite cleric's militia forces stayed largely under the radar until 2004, when they clashed with US forces in the southern city of Najaf, leading to a larger campaign targeting American troops in the country.

That year, US forces were ordered to bring him in dead or alive after an Iraqi judge issued an arrest warrant for the murder of American soldiers. For former US President George W. Bush, al-Sadr and his followers' actions amounted to the "opposite of democracy."

'Most dangerous man in Iraq'

The Mahdi Army didn't just target US forces. During its active years, the militia also targeted Sunni Iraqis and other Shiite groups. It was accused of committing atrocities through the use of death squads and, as such, fueling sectarian strife.

By 2006, US news magazine Newsweek had put al-Sadr on the front cover and dubbed him "the most dangerous man in Iraq."

Read more: The long shadow of the Iraq war

"The group came to be viewed in many areas of Iraq as even more dangerous than Al-Qaeda in Iraq and as second only to the US forces in military strength," according to Stanford University's Mapping Militants Project.

However, the Mahdi Army started losing support in 2007, most notably after 50 Shiite pilgrims were killed during clashes with another Shiite militant group in Karbala. 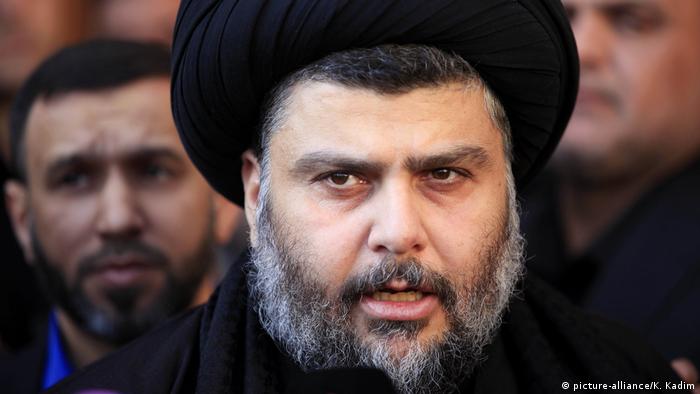 Upon returning to Iraq after self-imposed exile in Iran, al-Sadr pursued a reformist agenda and reached out to various groups in Iraq, including Shiites, Kurds and even the country's communist party

The following year, al-Sadr ordered his militiamen to lay down their arms. While some fighters were retained to form an elite squad, the rest rebranded as Mumahidoon and focused on social services such as Quran lessons, municipal reconstruction and trash collection in Shiite areas.

In 2008, al-Sadr traveled to Iran, where he remained in exile. However, he continued to command the Sadr movement and use his authority to influence Iraq's political landscape.

In 2011, al-Sadr returned to Iraq to have a greater say in the country's politics. By the end of that year, US forces completed their withdrawal, marking the completion of al-Sadr's central demand.

Although the Shiite cleric continued to hold influence in Iraqi politics, most notably by controlling the largest bloc in parliament, he announced in early 2014 that he would retire from Iraqi politics. But the rise of the Sunni "Islamic State" militant group changed that.

Read more: In Iraq, unlikely candidate emerges as face of the youth

At the end of 2014, al-Sadr mobilized many of the elements that formed the Mahdi Army and created the so-called Peace Brigades, which were charged with protecting Shiite shrines and other religious sites.

Frustrated by growing government corruption, al-Sadr and his supporters in 2016 launched a sit-in inside Baghdad's heavily-fortified Green Zone to pressure the government of then-Prime Minister Haider al-Abadi. This forced al-Abadi to present a new Cabinet to parliament.

'Best hope the country has'

Since his return to Iraq, al-Sadr has crossed sectarian lines to support a reformist agenda that aims to fight corruption and improve governance.

Ranj Alaaldin, a visiting fellow at the Brookings Institute's Doha Center in Qatar, wrote last year that al-Sadr not only represented "the voice of Iraq's largest demographic, its Shiite underclass," but his reformist agenda also found support from other Iraqi groups.

"Due to his unparalleled capacity to mobilize the masses, his father's legacy and growing discontent in Iraq, al-Sadr may indeed be the best hope the country has of reducing Iran's influence in Iraq and enhancing government accountability in the foreseeable future."

In the run-up to Iraq's 2018 parliamentary elections, al-Sadr managed to bring together secular political groupings, including Iraq's communist party, and his traditional Shiite base to gain the most votes as a bloc, according to preliminary results. Only time will tell if he'll be able to guide Iraq towards reform. 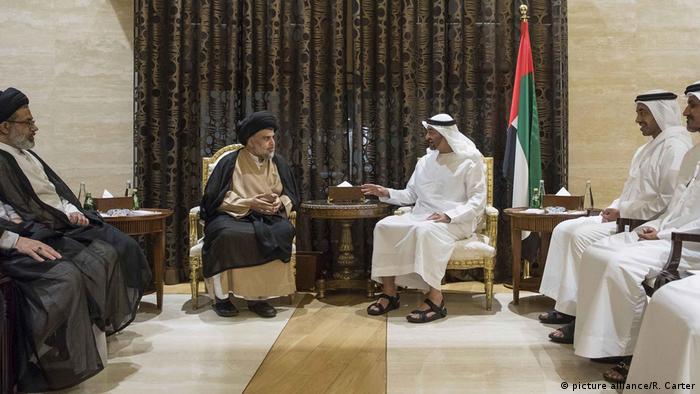