Security forces have allegedly fired on protesters in southern Iraq, killing at least five people and wounding dozens more. Iraqis have been protesting for weeks against corruption, misgovernance and a lack of jobs. 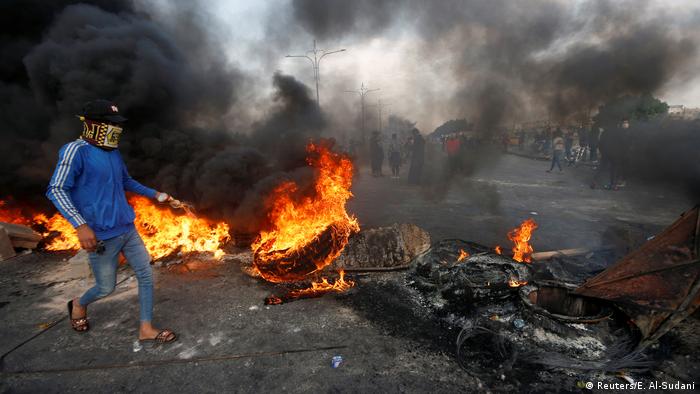 Troops used live bullets to disperse protesters who were trying to block roads leading to the port city of Umm Qasr in the oil-rich southern province of Basra, the sources said.

There has been no official comment so far on the alleged killings. 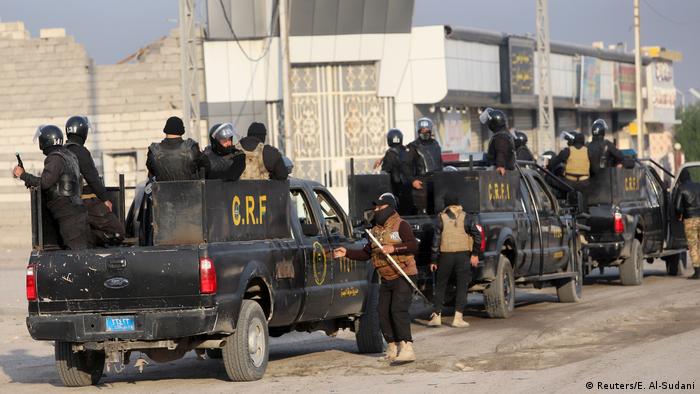 Iraqi security forces have been out in force in Basra

Since October 1, Iraq's capital, Baghdad, and the majority-Shiite south have been swept by mass demonstrations that have so far resulted in the deaths of at least 330 people.

The protesters are angry at perceived widespread political corruption, rampant poverty and misgovernance in the country, which has an unemployment rate of 25%.

They have called for the resignation of the government, the dissolution of parliament and an overhaul of the nation's political system.

Iraqi Prime Minister Adel Abdul-Mahdi has offered concessions, including new elections and government subsidies. But the measures have failed to satisfy the protesters' demands.

"Our demands are clear: the downfall of this corrupt government," a demonstrator told the Agence France-Presse news agency.

Despite Iraq's possessing one of the world's largest oil reserves, many Iraqis live in poverty, without adequate access to education, health care and well-paid jobs. The country is the 12th most corrupt in the world, according to Transparency International.

The protesters accuse the nation's elites of awarding public-sector jobs in return for bribes or on grounds of nepotism or sectarianism.

The ongoing unrest has shattered the relative calm that followed the defeat of the "Islamic State" terror group in 2017. The protests are one of the deadliest grassroots movements in the country in decades.

On Sunday, the unrest continued in the city of Nassiriya, with some government offices set on fire, sources told the Reuters news agency.

Iraqi security forces also wounded at least 24 people in the Shiite holy city of Karbala overnight after opening fire on demonstrators to prevent them from reaching the local government headquarters, medical and security sources said.

The US vice president visited Iraqi Kurdistan amid cries of US betrayal of its Kurdish allies in neighboring Syria. Washington withdrew its soldiers from near the Turkish border just as Ankara launched an incursion. (23.11.2019)