Iraq: IS returnees met with tolerance and distrust | Middle East | News and analysis of events in the Arab world | DW | 24.11.2021

Iraq: IS returnees met with tolerance and distrust 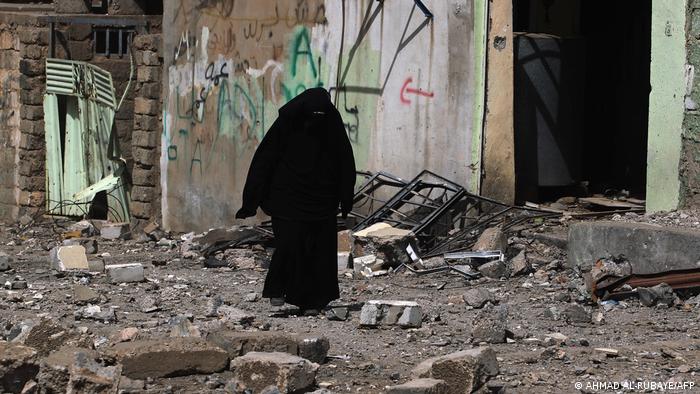 "It takes courage to talk about what happened, because it hurts so much," says Sheikh Ahmed al-Muhairi. And yet, the 27-year-old leader believes it is important to have forgiveness and not rage influence his life.

Four years after his father and four uncles were killed by the terror group "Islamic State," he now welcomes tribal members in his refurnished reception room in the Iraqi town of Hawija.

His house, like many others in his neighborhood in Hawija, 290 kilometers (180 miles) north of Baghdad, was destroyed in an IS attack.

And yet, the young sheikh has set a landmark by welcoming families of IS members back into the community.

This is rare in Iraq, where houses of IS members are rather destroyed to prevent their families from returning.

Sheikh Ahmed, however, considers these women and children his responsibility. "I forgave the families who were connected with Daesh," he says, using the local term for the extremist group.

"The women and children pose no danger," he says. "Also, they are part of the tribe, and we cannot let those links be broken. The perpetrators, of course, are the responsibility of the police."

In his view, the alternative would be dreadful.

If a community were not able to include these families, he sees a risk of radicalization among the relatives, including children.

Sheikh Ahmed admits that reconciliation has stagnated although other tribal leaders have started following his lead. For most people, it is still far too painful. 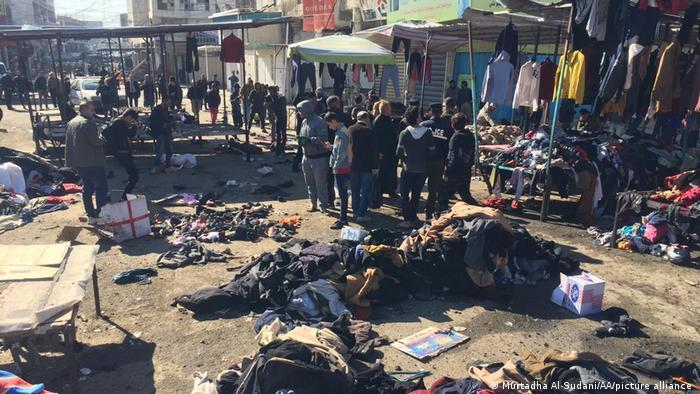 A suicide bombing in Baghdad leaves destruction in its wake

The return of IS widows to their hometowns and villages means that they move in  next door to people who were victims of the very group their husbands or sons were affiliated with.

On the one hand, it is a step toward normalization in the country.

On the other, it is a broad issue, as up to 30,000 people could return one day from the camps in Syria that now house IS families. This comes in addition to more than 17,000 people who were involved with IS, and are still in Iraq.

Only recently, Intissar Ali Hamad and her five children have left an Iraqi camp for internally displaced persons to settle in a poor neighborhood in Mosul.

Her husband, as well as her eldest son and father-in-law, had joined IS. She is fully aware that it is only thanks to her neighbors that she has been allowed to return.

However, her house was partly burned down, and the 45-year-old had to set up a tent for the family to sleep in. A nongovernmental organization helped her build a wall around the property to protect her from more vengeful neighbors.

But even the protective wall has led to jealousy among neighbors. "Those Daeshi get everything," one neighbor told DW. "We get nothing."

"My son was only 13 when he joined," Hamad told DW, sighing. Today, she believes that IS "are no good."

"This is not the life I wanted. It was us, the families, who suffered the most." 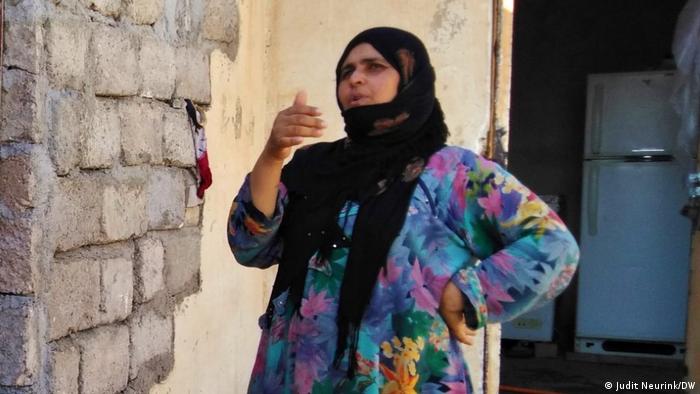 Intissar Ali Hamad is among IS widows

With this, she doesn't only refer to the two years she spent in a prison camp. Her main worry is the poverty the family has ended up in, and the way they are treated now.

"People are scared," she says, "and if they report me, I will be picked up immediately."

Without the protection of her well-meaning neighbors, she wouldn't be able to stay in her house.

Life is also tough for her kids. They are called names when they play outside their walled home.

IS widows like Hamad are barred from government benefits, like widow's pensions. The stigma they carry is likely to be carried over to the next generation.

Since Ali Hamad's now 5-year-old son was born in an IS hospital, she cannot get him a valid Iraqi birth certificate without his father's approval.

However, since her husband has never officially been declared dead, she still needs his signature for everything, including signing her son up for school.

Without governmental support, the families barely make ends meet. They live off the income of her daughter, who works at a potato factory. 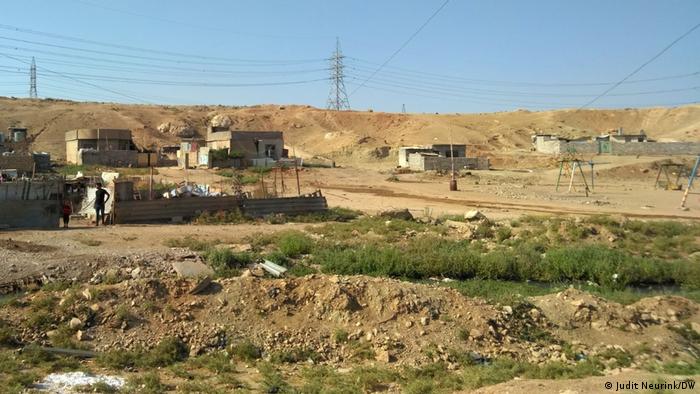 No official way back home

Despite such unsolved situations, which are common among returning IS families, the Iraqi government hasn't yet set up a framework for integration.

So far, IDP camps are being closed, and reconciliation has been delegated to regional levels.

In Mosul, once the capital of the IS caliphate, Vice-Governor Ali Omar Gabou has made it his job to help families return home, or relocate them.

So far, more than a thousand IS families have been resettled in Mosul's Al-Mahalabia district.

"This is far away from where they came from originally, so there is no direct conflict between the families and their neighbors," he explains.

It is also important that the returnees' husbands and sons didn't harm anyone in those neighborhoods, he adds.

Other IS supporters have openly distanced themselves from IS — and were backed by a guarantor before they were able to return.

Moreover, security forces checked their backgrounds and continue to keep an eye on them.

Help but no trust

Seif is a teenager who was able to return home to his family in Mosul's Al-Mahalabia district. He was 17 years old when he joined the IS in 2014.

However, his father says he was in the training camp for only one night before he got his son out.

This story is often used for youths who joined the group in order to excape the severe punishment meeted out to former IS fighters.

After the fall of IS, Seif did jail time in Iraqi Kurdistan, as someone told the Kurdish authorities that he had been with IS.

"He is sorry for the choice he made," his father says stiffly, adding that "now he wants to get on with his life." The family preferred to not share their family name, and Seif's father identified himself to DW as Abu Seif, or "the father of Seif."

The boy's family is considered an IS family for two reasons: Seif's decision, as well as the fact that they stayed in Al-Mahalabia during the occupation.

Abu Seif is angry about that, as he considers himself a victim. "It was a hard time and I lost everything. Two of our houses were destroyed during the battle, and my farm with 32 cows was bombed because of a Daesh gathering next door." 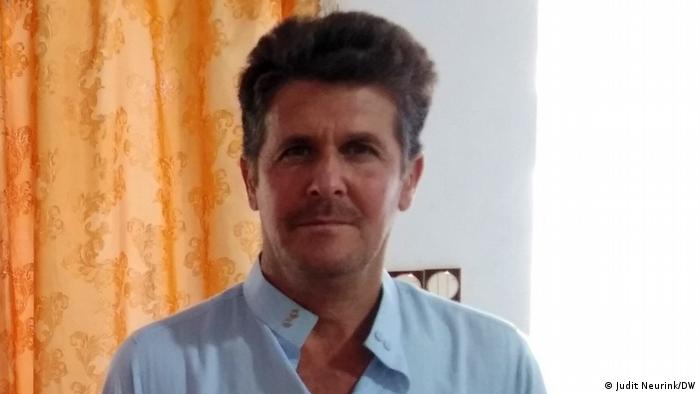 Abu Seif is considered head of an IS family, but sees himself as a victim

For now, the younger Seif has left again, back to Iraqi Kurdistan for work. The family's next-door neighbor, 42-year-old Hussein Ahmed, implies that this is better for the community.

However, it was he who picked Seif up after he was released from a local prison where he served some time after his return from the Kurdish jail.

"Our children played together, and the family doesn't have a car," Ahmed explains.

Does he trust his neighbor again? "The chance that he will rejoin the group is small, they saw that what Daesh did had nothing to do with humanity or justice."

The alternative is worse

In addition to Seif, two other young men who were recruited by IS have also returned to the town.

"They were born here and they have their properties here. If we refuse them, they might turn against us," Ahmed says.

He also highlights that in terms of daily life, "everything is back to normal, as it was before Daesh."

Similar to the community in Hawija, in Mosul nobody talks about what happened. There are no apologies, nor exchange of experiences. "I avoid the subject with him, and he doesn't talk about it either," says Ahmed's son Osama, who grew up with Seif.

In Mosul, Vice-Governor Ali Omar Gabou complains about Baghdad's lack of vision about how to reintegrate IS members and their families.

"If the government does not rehabilitate them, they will join other radical groups and we will never break the cycle of violence," Gabou says. He also believes that "women and children are not to blame."

For him, the alternative is worse. "If we do not solve their problem, it will only grow — and with it, the risk of new conflict."