Iraqi historian documents IS atrocities in Mosul | Middle East | News and analysis of events in the Arab world | DW | 11.06.2018

Omar Mohammed, a young historian from the Iraqi city of Mosul, has founded a platform to document the crimes committed by "Islamic State." Has Mosul Eye made a difference? 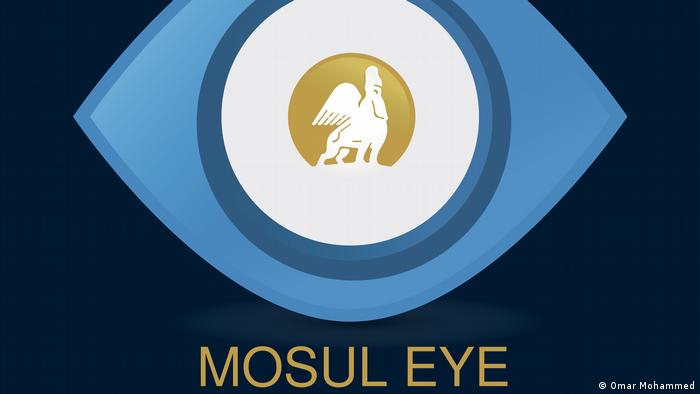 "Mosul Eye was for Mosul, but it was also addressed to the rest of the world," Omar Mohammed recently told DW, discussing the more than 300,000 online followers that his platform has amassed. "'Islamic State' wanted to isolate the city so that there were no witnesses, so globalizing Mosul became an act of protection," he added.

And, as a witness, he took it upon himself to counter IS's narrative in real time by relating the horrors committed by the group in Mosul. "It was a way to protect the future of my city so that coming generations would know what happened here," the 32-year-old scholar said. Mohammed began writing as Mosul Eye, along with other names that disguised his identity, shortly after IS issued its so-called Constitution of the City in June 2014: 16 articles by which it ruled Mosul in accordance with a strict form of Shariah law, described by Mohammed as "the rules of death."

The list of atrocities he witnessed and documented included the mass displacement of Christians and the enslavement of Yazidis, execution by stoning of accused adulterers and throwing of people believed to be homosexual from high buildings.

Moving through the IS-occupied city covertly, chronicling how the group destroyed its civil system, was a far cry from studying archival material, however, and Mohammed had to come to terms with his possible death. "If I were to be killed, it had to be for something, so I devised a way to keep my journals safe and also shared them with a trusted colleague outside Iraq," he said.

Fearing for his and his family's safety should he be discovered as the man behind Mosul Eye, Mohammed fled the IS-controlled city in late 2015, finally reaching Europe, where he was granted asylum. He could have settled into the academic life he loved after receiving a place to research his PhD, but felt compelled to continue Mosul Eye, following events up to the minute. 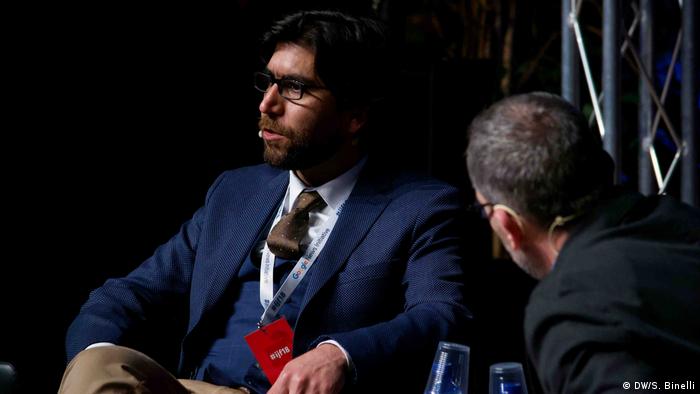 His posts were read around the world as people tried to understand what was happening in the city off-limits for so long to international media, as well as by humanitarian organizations, among them the international medical charity Doctors Without Borders (MSF). Hakim Khaldi, adviser to MSF's operations department, first contacted Mohammed back in December 2016 as the organization mulled its Mosul response. "It was very difficult to get information from people inside IS-held territory to know their living conditions and which areas were most in need of medical assistance," Khaldi told DW.

Mohammed also advised MSF as to which medical facilities in the city weren't damaged and could still be used to set up relief projects such as a trauma hospital or maternity center. "We worked in close cooperation, and Omar was very involved as we planned our Mosul operations," Khaldi said.

Mohammed assisted more than just humanitarian organizations. During the fiercest fightingin West Mosul in 2017, residents caught between IS fighters and coalition bombardment made dramatic appeals online, unable to escape. Desperate families around the world with relatives trapped in the collapsing city sent him messages. "Mosul Eye became a trusted source of information in its three years, and so people reached out to me as a last resort even though I was anonymous," Mohammed said. 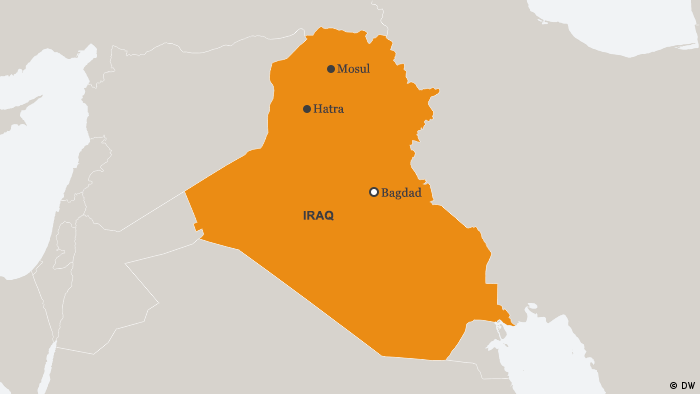 Using open source information and his precise knowledge of the city, Mohammed geotagged trapped families, and, with the help of a journalist covering the battle, informed coalition and Iraqi forces of their coordinates. In this period, Mosul Eye became a kind of crisis management tool, organizing rescue missions via social media in real time. More than 90 families were brought to safety, including Mohammed's own.

As Mosul Eye evolved into an interactive platform connecting people, places and networks and as the defeat of IS loomed in mid-2017, Mohammed believed it was time to act for the future. "Despite the trauma and unimaginable destruction, a local youth movement emerged and I wanted to support that," he said.

From April to June 2017, Mohammed organized a team of young volunteers to collect what was left of the destroyed university library's collection, which once held more than 1 million books. They recovered about 30,000 volumes. He also coordinated book donations from around the world and in April 2017, while the fighting was still ongoing in West Mosul, a violin concert at the site of the shrine to the Prophet Jonah, destroyed by IS back in 2014. And, this July, the scholar with a passion for classical music is organizing another concert to be held  in Vienna, where an orchestra performance will be livestreamed to Mosul.

Intent on building networks to support the city's revival, particularly in the fields of culture and education, Mohammed now devotes much of his time to speaking at international events and conferences and is attending this year's Global Media Forum, hosted by DW in Bonn. Mohammed has also sent out an open invitation via Mosul Eye for Western experts on the Middle East to visit the city and begin new exchanges, and they've responded positively.

"So much of my city has been destroyed and the society must now be rebuilt for which new, creative ideas are needed. Nothing can go back to what it was before," Mohammed said.

The UN humanitarian agency has warned that 250,000 more people may flee the Iraqi city of Mosul in the coming days. The Iraqi operation to retake the city from 'IS' militants is ongoing. (28.02.2017)

Children have been among those worst hit by "Islamic State" occupation and the battle to liberate Mosul. They suffer malnutrition for lack of food, and toxic stress from the violence they witnessed, Judit Neurink reports (25.07.2017)