President Hassan Rouhani has said Iran will honor a framework for a nuclear accord provided that the six world powers involved in talks also uphold their side of the deal. He described the move as a "historic agreement." 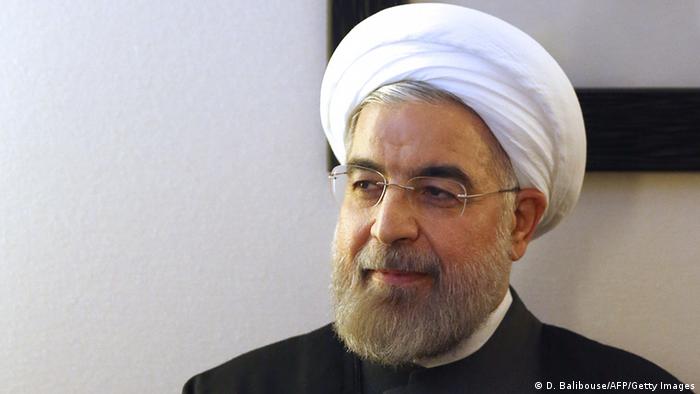 In a televised address broadcast on Friday, Rouhani said Iran could cooperate with the world and did not have to choose between fighting it or surrendering to it.

"Today will go down in the historic memory of the Iranian people," the Iranian president said, adding that the emerging deal would open a "new page" for Iran's international relations and lead to "constructive interaction," following decades of hostility with the Western powers.

"If we've given a promise ... we will take action based on that promise. Of course, that depends on the other side taking action on their promises too," Rouhani added.

Speaking on Friday, he also said world powers now accepted that Iran could enrich uranium on its own soil - something he said they had once argued posed a threat to the region.

The announcement on Thursday that six world powers, including the US and Germany, had reached a form of agreement with Iran on its nuclear program, came after eight days of intense talks in the Swiss city of Lausanne.

The potentially historic deal would see Iran reduce its nuclear ambitions in return for relaxed sanctions imposed by the West over fears Tehran was developing atomic weapons.

Following the announcement, there were scenes of jubilation on the streets of Iran's capital, Tehran, which continued into the early hours of Friday morning.

US President Barack Obama also praised the agreement of a framework for the deal, describing it as a "historic understanding" with the Islamic Republic.

Israeli Prime Minister Benjamin Netanyahu warned on Friday, however, that any final agreement with Iran over its nuclear program must enshrine "Israel's right to exist."

"It might very well spark a nuclear arms race throughout the Middle East and it would greatly increase the risks of terrible war," Netanyahu added.

Throughout months of talks, Netanyahu has vehemently opposed the negotiations, demanding instead that Iran's nuclear program be dismantled.

Iran and the six world powers locked in negotiations now have until June 30 to finalize the deal.