The international community's framework deal with Iran has come in for major criticism from Israel and US opposition Republicans. Yet negotiators from around the world are hailing a painstakingly struck deal in Lausanne. 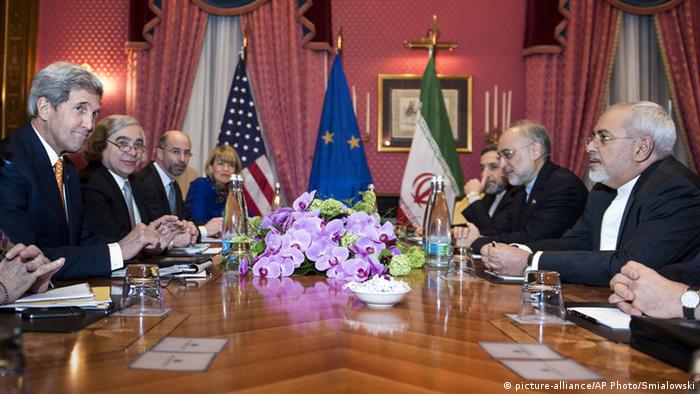 Benjamin Netanyahu's spokesman issued a lengthy response from the Israeli prime minister in a series of Tweets late on Thursday, at one point relaying a phone conversation where Netanyahu had told US President Barack Obama that "a deal based on this framework would threaten the survival of Israel."

US House Speaker John Boehner, recently returned from Jerusalem, questioned the terms of Thursday's agreement and called for the Republican-led Congress to vote on the agreement.

"My immediate concern is the administration signaling it will provide near-term sanctions relief," Boehner said in a statement. "Congress must be allowed to fully review the details of any agreement before sanctions are lifted."

Republican Senator Mark Kirk, one of Iran's most vocal critics in Washington, alleged that "Neville Chamberlain got a better deal from Adolf Hitler" than negotiators did in Lausanne, a reference to Britain's policy of appeasement in the run-up to World War II.

The White House, meanwhile, hailed a "historic understanding" with Tehran - saying that the framework deal, if followed, would prevent Iran from acquiring nuclear weapons.

Merkel: 'closer than ever' to stopping Iran going nuclear

Appearing on ARD television on Thursday evening, German Foreign Minister Frank-Walter Steinmeier conceded "I often had my doubts" about whether a deal could be reached after the roughly 12-year process. He called the framework agreement - a precursor for a final deal due by the end of June - "a good basis on which we can continue to build." 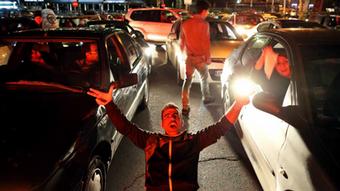 "With this, we are closer than ever before to an agreement that will make it impossible for Iran to acquire nuclear weapons," Chancellor Angela Merkel said of the agreement.

French President Francois Hollande sought to reassure those criticizing an agreement to start softening sanctions against the Iranian government.

"Sanctions which are lifted, can be imposed again if the agreement is not implemented," Hollande said.

Russia's foreign ministry said that the agreement would likely have "a stabilizing impact" on the Middle East, while UN Secretary-General Ban Ki-moon concurred that a "negotiated solution to the Iranian nuclear issue will contribute to peace and stability in the region and enable all countries to cooperate urgently to deal with the many serious security challenges they face."

President-elect Joe Biden has vowed to heal divisions after what he called a "convincing victory" over Donald Trump. Biden said it was time to "make America respected around the world again." Follow DW for the latest.