Iran: No more 'deadlines' to save nuclear deal

Iran has begun enriching uranium and has said a third deliberate violation of the 2015 nuclear deal could come. It has called on the other signatories of the deal to find ways around US sanctions. 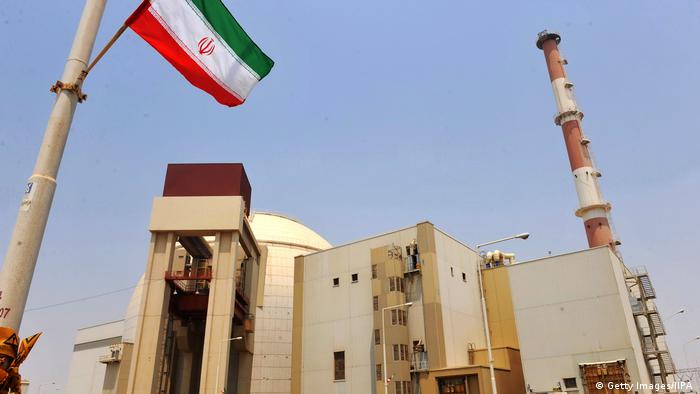 Iran's Foreign Ministry on Monday gave the other signatories to the 2015 Iran nuclear deal a final 60 days to find ways to counter United States sanctions against Tehran or it would implement its third deliberate violation of the accord.

Ministry spokesman Abbas Mousavi told reporters on Monday that Iran won't offer any further "deadlines" to save the deal, which the US pulled out of last year. The end of the latest 60-day deadline is September 5.

"The West should not criticize the legitimate decisions of Iran, but find practical solutions to convince us to stay in the deal," Mousavi said. "We have no hope nor trust in anyone nor any country but the door of diplomacy is open."

When asked if Tehran would withdraw from the deal entirely, Mousavi said "all the options" were possible but "no decision has been taken."

Iran has reduced its commitments to the Iran nuclear deal, formally the Joint Comprehensive Plan of Action or JCPOA, every 60 days to prompt other signatories of the deal to help Iran find ways around US sanctions.

On Sunday, Iran announced its intention to raise enrichment levels beyond the 3.67% threshold agreed under the 2015 agreement.

The announcement came less than a week after Tehran acknowledged that Iran had exceeded a stock limit of 300 kilograms (661 pounds) on its low-enriched uranium production.

Mousavi did not specify what the third deliberate violation of the nuclear deal would be.

The spokesman for Iran's Atomic Energy Organization, Behrouz Kamalvandi, was quoted by the ISNA and Fars news agencies as saying that the country is now enriching uranium to 4.5%.

He separately hinted in a state television interview on Monday that the Middle Eastern nation may consider going to 20% enrichment or higher as its third step based on material needs.

The IAEA confirmed later on Monday that Iran had exceeded the 3.67% threshold but did not specify by how much.

Read more: Rouhani: Iran to enrich uranium to 'any amount' it wants

Enriched uranium at the 3.67% level, as agreed upon in the deal, is enough for peaceful pursuits but is far below weapons-grade levels of 90%. However, 20% enrichment is a short technical step away from reaching that 90% level.

"Twenty percent is not needed now but, if we want, we will produce it. When we've put aside 3.67% enrichment we have no obstacle or problem with this action," Kamalvandi said.

"There is the 20% option and there are options even higher than that but each in its own place. Today if our country's needs are one thing, we won't pursue something else just to scare the other side a little more."

Kamalvandi said using new or more centrifuges, which are limited by the deal, is also an option for Iran's third step in reducing its nuclear deal commitments.

In response to Iran boosting its uranium enrichment, Germany, one of the five remaining signatories to the deal, said on Monday that Iran must be persuaded to stick to its commitments.

"The ball is clearly in Iran's court. We want to preserve the deal," a German Foreign Ministry spokesman said.

An European Union spokeswoman said on Monday that the bloc is "extremely concerned" about Iran's decision to breach the enrichment limit, calling on Tehran to "stop and reverse" any actions that go against the nuclear deal.

EU countries have sought to keep the accord alive by developing a money transaction system known as INSTEX that allows Iran to circumvent US sanctions and continue doing business internationally. But Iranian President Hassan Rouhani has rejected the system because it doesn't include the country's oil sector.

Russia, another signatory, expressed its concerns over the enrichment cap breach. Kremlin spokesman Dimitry Peskov said Monday that Russia "aims to continue dialogue and efforts on the diplomatic front."

Peskov added that Sunday's announcement by Iran was one of the "consequences" of the US abandoning the deal.

China was another signatory to put blame on the US, saying that "unilateral bullying" by the Americans was the cause behind the escalating Iran nuclear crisis.

"The facts show that unilateral bullying has already became a worsening tumor," Chinese Foreign Ministry spokesman Geng Shuang said in Beijing on Monday. "The maximum pressure exerted by the US on Iran is the root cause of the Iranian nuclear crisis."

Following Iran's announcement on Sunday, US President Donald Trump issued a warning towards the country, saying Tehran had "better be careful."

Vice President Mike Pence chimed in later on Monday, warning Tehran that it should not "confuse American restraint with a lack of American resolve."

Opponents of Iran's theocratic government have rallied in Berlin to protest the country's human rights record. They urged potential investors not to support the regime and said the West should not do deals with Tehran. (06.07.2019)