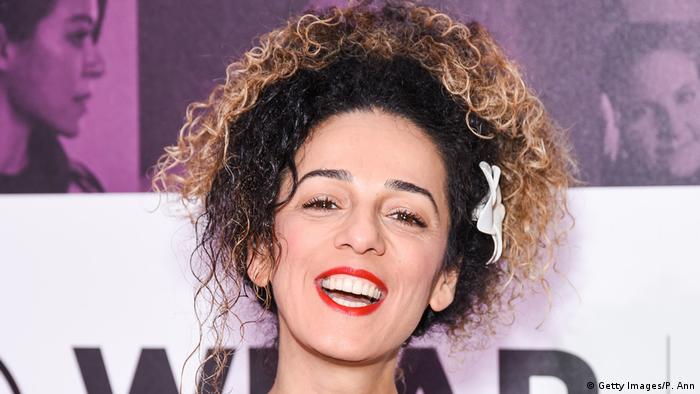 Iranian intelligence officials detained three of women's rights activist Masih Alinejad's family members in a move criticized by Amnesty International and the Center for Human Rights in Iran as an attempt to intimidate the US-based activist and journalist into silence.

"The agents of the Intelligence Ministry of the Islamic Republic raided my brother house and handed him out in handcuff and blindfolded," Alinejad told DW. "They arrested him in front of his two small children.

"He was not involved in any kind of political activity," she added of her 45-year-old brother. "But right now, his crime is my activities against compulsory hijab and challenging the Islamic Republic of Iran."

Alinejad founded the White Wednesdays campaign to protest against Iran's mandatory headscarf, known as a hijab. She called the arrest of her family members a "typical" step for the Iranian government when it attempts to silence activists.

"This is what Stalin would do. This is what a dictator would do to its own citizens," she said. "The goal of the Islamic Republic was keeping me silent. I'm going to get louder against these hostage-takers."

"These arrests are a blatant attempt by the Iranian authorities to punish Masih Alinejad for her peaceful work defending women's rights. Arresting the relatives of an activist in an attempt to intimidate her into silence is a despicable and cowardly move," said Philip Luther, Amnesty's research and advocacy director for the Middle East and North Africa.

Alinejad has encouraged Iranian women to post photographs of themselves without a hijab or wear white headscarves every Wednesday as a form of protest.

As of July 2019, any Iranian in the country sending pictures to White Wednesdays could face up to 10 years in prison.

"Both have nothing to do with me, but they have been arrested for a possible connection with me," Alinejad said.

Max Lotfi, like Alinejad, resides abroad and also is an activist in the White Wednesdays campaign.

"We want them to understand that when they go to my beautiful country, when they obey compulsory hijab laws and saying that this is the law of the country and we have to respect it, they have to understand that for this kind of discriminatory law the government uses to take innocent people hostage," she told DW

Officials from Iran's Ministry of Intelligence reportedly arrested all three relatives at their homes in Tehran and in the northern city of Babol on Tuesday.

Hadi Lotfi was reportedly released after an overnight interrogation about his brother and Alinejad's activities. Authorities informed him that he could face further questioning and said he was not permitted to leave the city of Babol. Officers also warned that any contact with Alinejad's "team" would be considered a criminal offense.

Iran yet to confirm arrests

Iranian officials and its state media are yet to officially confirm the arrests. They have so far refused to disclose the location of Alireza Alinejad and Leila Lotfi or the reason behind their detainment.

Tuesday's reported arrests are not the first time Iranian authorities have come after Alinejad's family.

In March 2019, her mother, Zarrin Badpa, was interrogated about her daughter's activities.

The reported arrests took place only two weeks after the death of football fan Sahar Khodayari. The 29-year-old set herself on fire after officials charged her for trying to enter Tehran's Azadi football stadium dressed as man.

Attention has been focused on Iran since a woman killed herself after being detained for trying to enter a football match. FIFA has been pushing for Iran to lift a 40-year-old ban on women attending matches. (22.09.2019)