Into the unknown: African migrants in Yemen

Many migrants from East Africa choose a route that is less known, cheaper and even more dangerous than the Mediterranean: They cross the Gulf of Aden and land in war-torn Yemen. Many were unaware of the conflict.

We don't have to drive very far from the city of Aden into the desert to see dozens of migrants approaching on foot, carrying the little they possess. Their feet are swollen and bruised from the long journey. Most of them have been walking for days, trying to reach Aden from one of the spots on the Yemeni coastline where they arrived by boat.

One of the migrants I meet is still a child. "My name is Saidu. I am 13 years old. I come from Ethiopia," he tells me. He's accompanied by his brother, who replies to my question about what he is looking for with one word: "Birr," which is the Ethiopian currency. To make sure I understand, he adds in English: "Money."

Money, a job, some stability, that's what migrants are hoping to find once they decide to make this dangerous crossing from the Horn of Africa to Yemen. Tens of thousands take the risk every year.

Arriving in a country at war 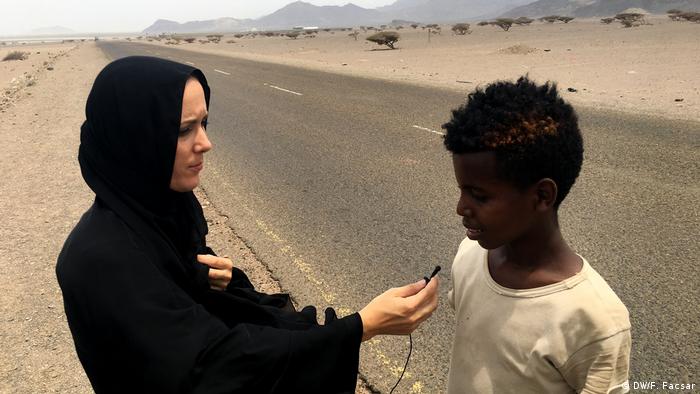 But Yemen is unstable itself, torn asunder by many years of war. At the end of 2014, Huthi rebels conquered the capital Sanaa and overthrew the government. In March 2015, a coalition led by Saudi Arabia attacked the Shiite rebels. The fighting has developed into a proxy war between Saudi Arabia and Iran, which supports the Huthis. Many migrants are unaware of this.

On the road I meet another migrant. He is 25, he says, and is haunted by the images of the dangerous crossing he experienced. "When we got into the boat, there was no water, no food. It was too windy. Some people had to stand, others were sitting. The boat was very crowded."

The ones who do reach land then have to walk for days through the desert. The migrants I spoke to each paid a couple of hundred dollars to reach Yemen. Their goal: Saudi Arabia. But with all the uncertainty and instability in Yemen, it is completely unclear where they will end up. 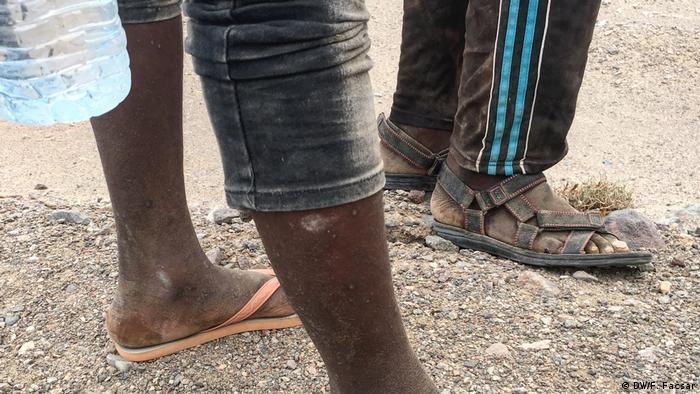 The number of migrants arriving in Yemen from East Africa every year ranges from 50,000 to 150,000. The weather is also a factor. During the summer months, the wind can be very strong and this affects the number of people setting out from Djibouti. This migration route is less known compared to the one to Europe through Sudan and Libya. It's cheaper but very dangerous. Yemen is littered with landmines.

Members of an aid organization stop by. They're only prepared to talk off the record. I hear that most migrants will never reach Saudi Arabia. "Most of them, 85 or 90%, they are stuck in Aden. Because there is a war in Dhale," a man tells me from his car where he sits between boxes of water, dates and cookies that he will randomly distribute to migrants through his window. He counts them as they pass by.

Dhale is one of the places in war-torn Yemen where migrants are drawn into the conflict. In Aden I meet one of the Yemeni smugglers, who wants to remain anonymous. The war in Yemen forced him into smuggling, he says. "There are no jobs, we are just sitting around, we can't find anything else to do but work at sea." 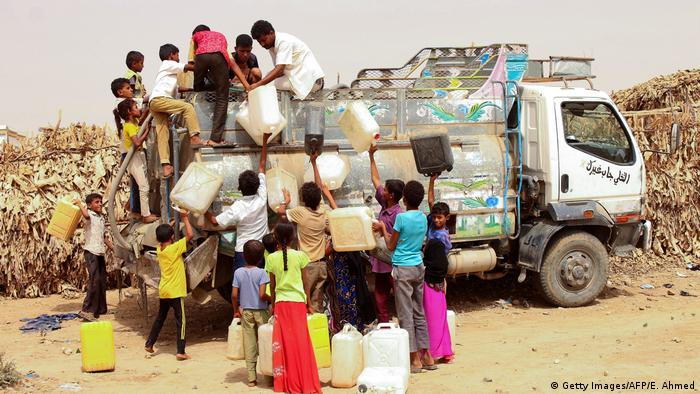 The conflict has displaced as many as 3.3 million Yemenis and 24.1 million need aid

Lawlessness makes smuggling a lucrative business. The smuggler earns the equivalent of $400 (€360) with each migrant, he tells me. Yemenis are struggling with chronic unemployment and poverty. In their midst: the stranded migrants.

Abdi arrived two months ago from Ethiopia. He says he was beaten by smugglers and has no money left to continue his journey.

His message to other migrants is to stay at home. "I want to tell them to not to come to Yemen. Even not to migrate to any country. As much as possible, they have to stay in their homeland."

But the lure of the smugglers' promise that the migrants will reach Saudi Arabia remains stronger, even if their journey takes them to a country that has as many problems as Yemen.

Halfway round the world by plane: Africa's new migration route