Up to 50 people believed to have been migrants from Somalia and Ethiopia have been "deliberately drowned" near Yemen. The UN's migration agency has called the killings "shocking and inhumane." 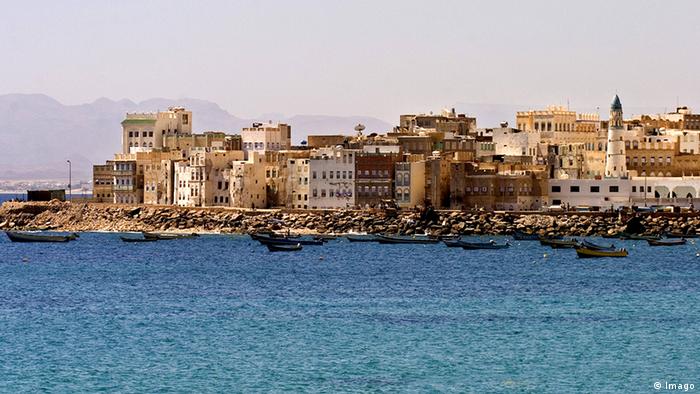 Smugglers forced more than 120 migrants from Ethiopia and Somalia - most of them teenagers - off a boat near the coast of Yemen on Wednesday, the International Organization for Migration announced in a statement. According to the IOM, survivors buried 29 bodies and at least 22 people remain missing.

"The survivors told our colleagues on the beach that the smuggler pushed them into the sea when he saw some 'authority types' near the coast," said Laurent de Boeck, the UN's body's chief of mission in Yemen. "They also told us that the smuggler has already returned to Somalia to continue his business and pick up more migrants to bring to Yemen on the same route."

IOM staff provided aid for 27 survivors who remained on the beach. Others left to attempt to continue on their journeys.

Ongoing conflicts and a deadly drought have displaced many Somalis. In Ethiopia, tens of thousands have abandoned their homes in search of relief from a 10-month state of emergency imposed to suppress ongoing anti-government protests.

According to the IOM, since January about 55,000 people - most of whom are teenagers from Somalia and Ethiopia - have left the Horn of Africa in an effort to transit Yemen in search of more sustainable conditions in oil-rich Middle Eastern nations.

More than 111,500 people landed on the country's shores last year, up from about 100,000 in 2015, according to the Regional Mixed Migration Secretariat, a grouping of international agencies that monitors such movements in the area.

With Yemen in an ongoing state of civil war that has killed more than 8,000 people and without a central authority to police people's movements, the country has become a popular route. However, the journey leaves people vulnerable to abuse by armed trafficking rings - many of which have connections to belligerents in Yemen's war.

"Too many young people pay smugglers with the false hope of a better future," de Boeck said on Wednesday.

In March, an attack pinned on the Saudi-led coalition killed at least 42 people on a migrant boat off the coast.

Ethiopia has warned that its supply of emergency food aid will run out by next month. Nearly 16 million people need urgent assistance as drought continues to parch the breadth of the Horn of Africa. (10.06.2017)

Germany's foreign minister has warned of a looming humanitarian catastrophe on a trip to Somalia. Gabriel's visit, the first by a German foreign minister, comes ahead of a international security conference on Somalia. (01.05.2017)